It was a frigid 10 degrees this morning on our walk but Ruth and I were dressed for the cold so it didn't matter. Joan and her family all went skiing and snowboarding with the co-op to Sundown. Sarah sent back a few pictures. 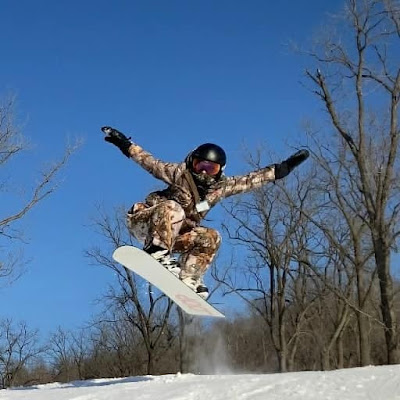 Above is Sarah taking a jump and below is Mackenson on the lift. 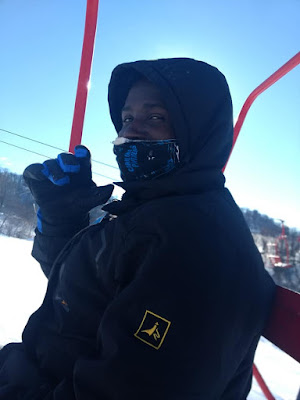 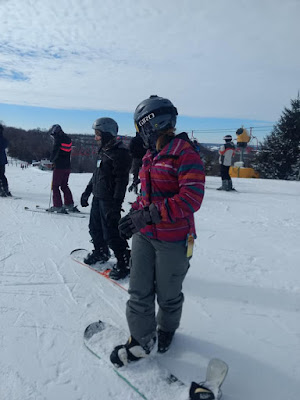 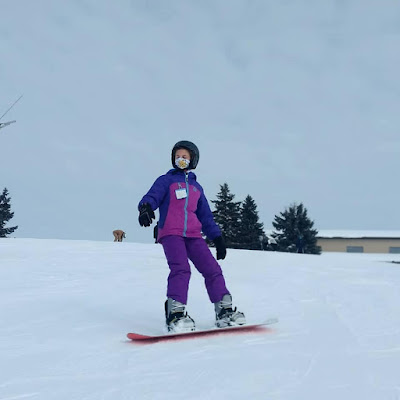 Justin got in some good jumps. 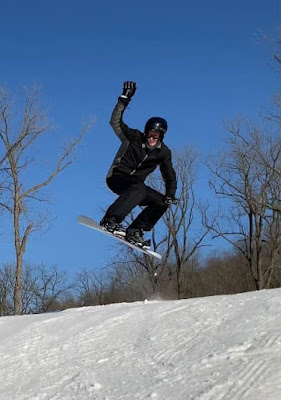 They will all be sore in the morning. We have to take advantage of the winter time fun. We use to love heading up to Sundown or Chestnut, getting there when it opened, skiing all day then driving home exhausted. The good news is no one got hurt today. Hope Joan isn't too sore, she is driving down to Gulf Shores tomorrow. The laundry and dishes were done then I moved the net wrap out of the middle paddock and brought the two colts in that are leaving now on Saturday. That sounds so easy but the gate wheel was frozen solid in the ground and there was no way to open the gate. I had to bring the colts out the shelter gate and was only able to bring one at a time while keeping the other weanlings IN the paddock. Mark got home, moved his car in the indoor so the two colts were put in the middle paddock for the night. Today I just had time to download only one of David's messages and this one was from December 8th, 2020. What was interesting about this download as I wanted a specific picture put on, one of children spinning and laughing but couldn't find one in all of my pictures so settled on the one below. Then once it was downloaded and I was listening to the message I realized EXACTLY why I wanted a picture of a child spinning. It wasn't that I knew what was in the message, I just pictured in my mind a child spinning with joy when I saw the title. Listen to the message and you will understand why.
This evening the man that bought Roxanne's filly by Valiant sent the picture below with the news that Giselle is expecting! 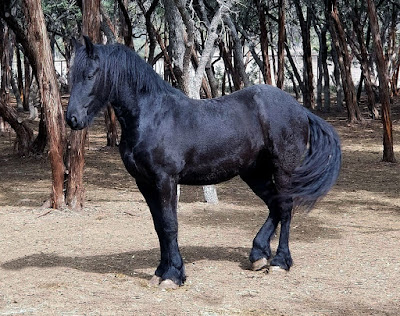 She is looking so much like her mother. Below is a picture of Roxanne just before we lost her. 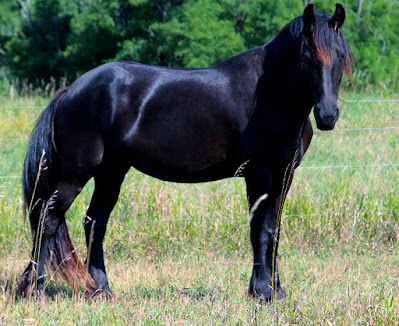 Roxanne and Rosaleigh came to our farm the same day and from the same farm. Rosaleigh's mother was Roxanne's mother's daughter. Both the mother and the daughter were bred to Othello de Berthonval who was owned by  Friesian of Majesty. So they were closer than half sisters. We were thrilled to get them both. Rosaleigh was the taller of the two, she has the mega hair gene so we breed her to Evan who also has the mega hair gene. Rosaleigh is due the 4th of July this year but more than likely will deliver a couple weeks early as that seems to be her pattern. I will be very tempted to keep this foal if it is a filly to replace Roxanne. Rosaleigh is not related at all to Valiant. 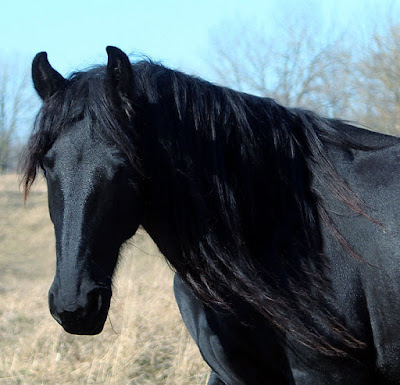