A cold spell came through and we only had a high around 22 degrees today but right now it is 16 and predicted to bottom out around 10 degrees. Those in Gulf Shores, Rachel, David, Mike, Diane, Beth, Greg and mom are VERY glad to be there right now as they had sunshine and highs in the 70s. Spark and Rhonda got home last night and now have to face this cold like the rest of us here.  It snowed again today but very lightly leaving just a film of less than a half inch on the existing snow. Karin and Magda arrived today to work horses. 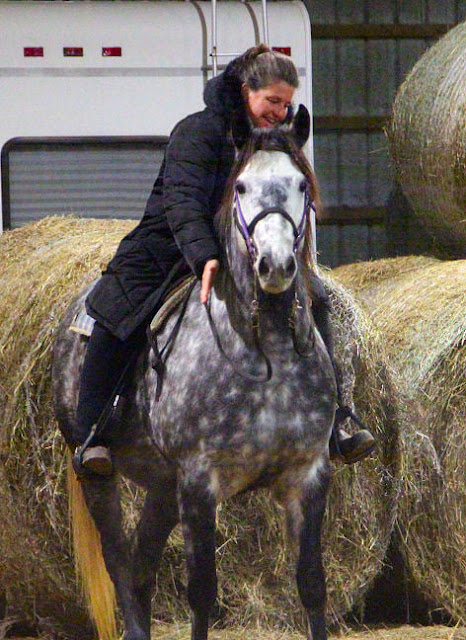 I'm thankful for an indoor arena with room enough for riding. Now that Sheena's filly is weaned we are making plans to bring Sheena in from Middle Grove. Sheena supposedly is due in August but looking at this picture taken in November I think she must have settled in July and the ultrasound missed it which would make her due in June. 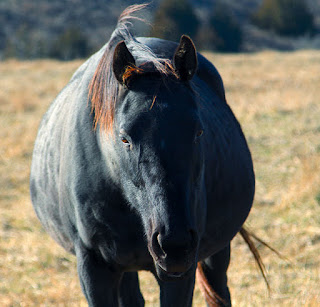 This afternoon I was able to download 2 of David's messages, one was from 3 years ago and I'm not sure when the other one was given.

Tonight Mike Kaisner had the message at church. It really was good to be there, I'm thankful the Bible says forsake not the assembling of the saints. Assembling together with people that we love is such a big part of a believer's life.