As we turned to walk up the barn drive we could see plumes of black smoke through the back door of the barn. 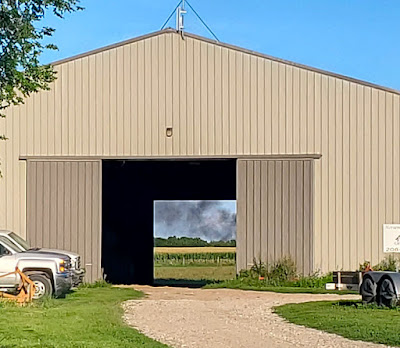 Something big was burning but far enough away from us that we could only see the smoke. Right after the walk I took the truck and trailer to Middle Grove to pick up Irish's colt for weaning. The horses were at the top of the hill lounging under the trees. It is strange not seeing Mika or Sangria with the herd anymore. 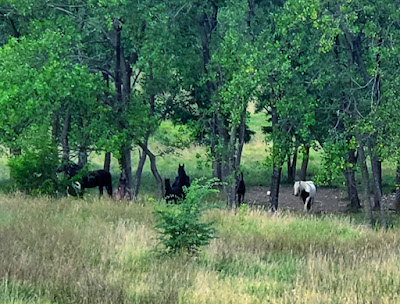 There are 4 foals in the picture below. Irish's colt straight behind him is Lily's filly and Rosaleigh's filly and off to the left is Tatiana's colt. 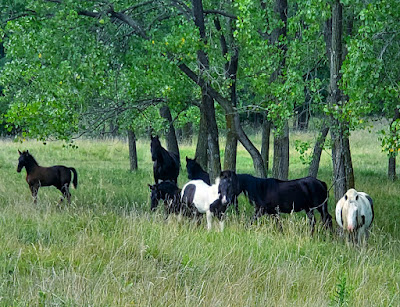 Below is Dollar, Irish's colt by Valiant. 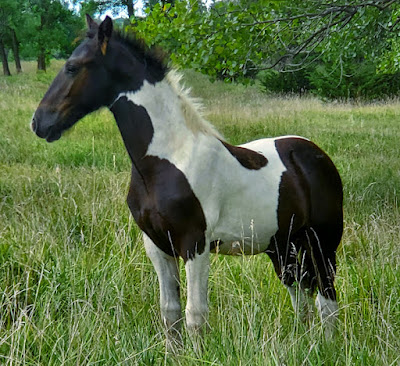 Below is Tatiana's colt by Valiant. 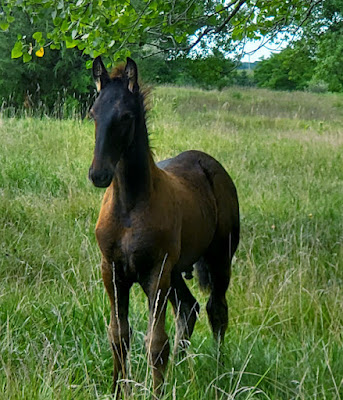 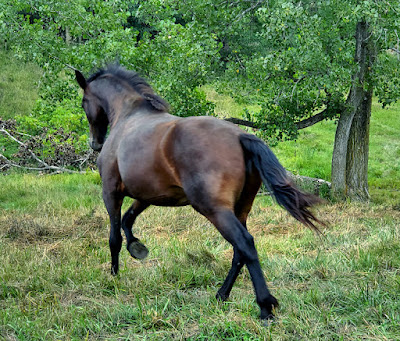 The escape door was opened just enough for me to bring the halter in and Dollar was haltered and tied. The door was opened, Irish led out, her halter removed and she went galloping up the hill to find the herd.  That made it so easy to open the gate and drive out.  The ride home was without incident. He was unloaded and put in with the orphan colt. These two used to be best friends but it took a few minutes for them to remember each other. 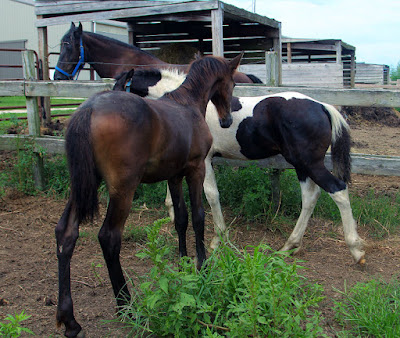 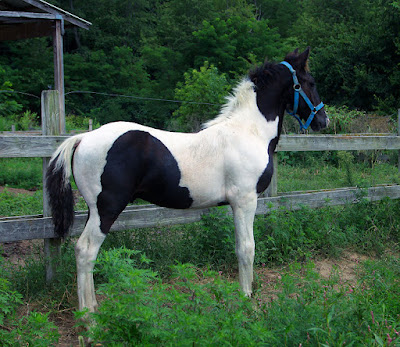 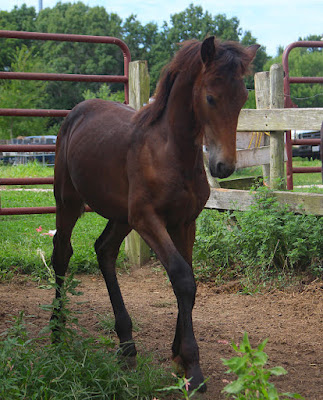 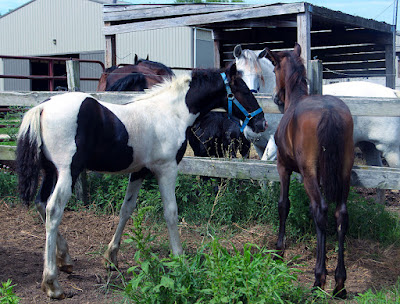 They soon settled down and started eating together in the shelter. 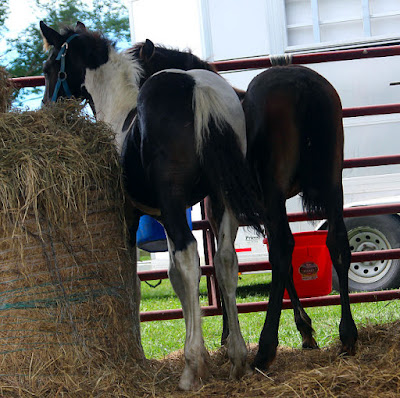 The trailer was unhooked and the camper hitch was put on so I could pick the Salem camper up from Joan's house. When I drove in the other Salem was leaving for a weekend camping trip. Joan helped hook up the camper and I drove it straight to the outdoor arena and hooked up the electric but as soon as I did that realized I had forgotten to put water in the fresh water tank so drove it back out to the nearest hydrant, filled the tank half full then back into the arena. I just need it tomorrow for a guest staying just  1 night but that meant I needed bedding, dishes, pots and pans, silverware, a coffee maker, coffee, bottled water,  and towels. That was all collected at the house and taken to the camper. I'm missing salt and pepper shakers and shampoo and conditioner.  By the time I finished it was almost 1:00 pm and I was needed at mom's to relieve Rachel. Rachel had a good morning with mom. She took her to Jessica's house and they picked peaches. Rachel sent back the pictures below. 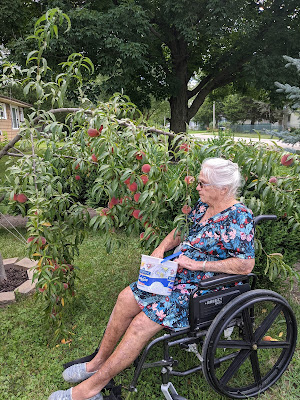 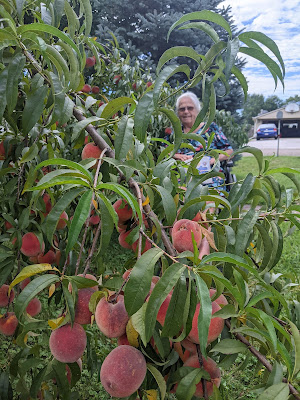 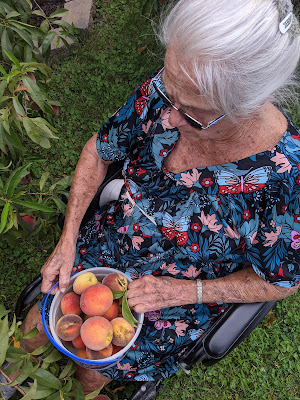 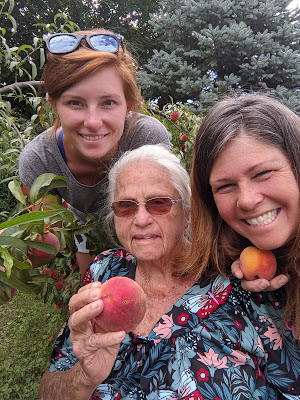 When the got back to the house they made a pie crust then a peach pie. 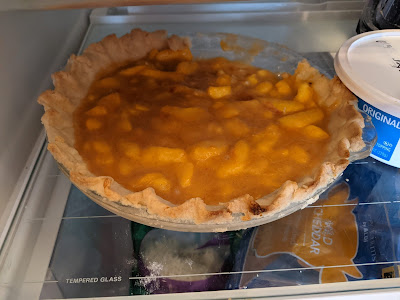 Jessica also gave mom a zucchini out of her garden and when I arrived Rachel was frying that up with mom's last egg. They had that with fresh tomatoes for lunch then warm peach pie with a scoop of vanilla ice cream for dessert. I came at the perfect time and joined in on that delicious meal. Mom was pretty tired this afternoon but after a rest talked to Uncle Johnny, Aunt MaryLou and Aunt Jinnie. When Karin got home I ran to pick up 8 dozen eggs from Marli. Mom got 2 dozen, Diane got a dozen and I took 5 dozen but am willing to share. For dinner tonight we had BLT's plus a chef salad with either bleu cheese dressing or poppy seed dressing and of course a slice of peach pie for dessert. It was a good day.
Posted by Judy Sceggel at 9:37 PM