David, Philip, Anna and I headed down to the boat around 6:30 am for wake boarding. The sun wasn't up yet but it was light enough to easily see. Today I mostly used the real camera and those pictures won't be processed until we get home but I took a few videos with the phone. Those are posted on Facebook in the day 4 vacation album. When we got home breakfast was made then the kids played outside with their scooters until it was time to leave for the water park. 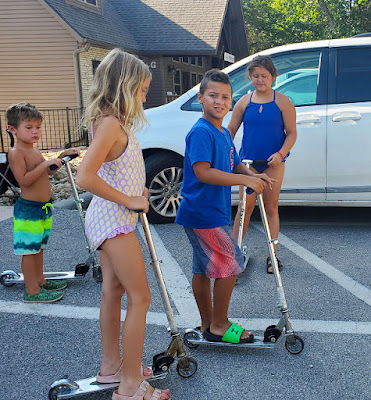 David and Stephanie were the ma and pa watching them. 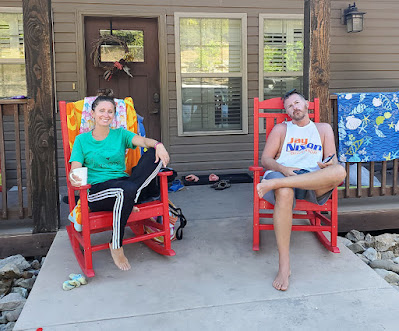 Most everyone went to the White Water park. I stayed back with Mark, Stephanie, Elisabet, Sarah, Eden and River. Sarah and Stephanie took the kids down to the pool for a couple hours. It was 98 degrees today so the water park and the pool were perfect. 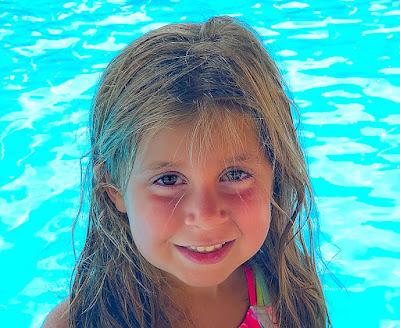 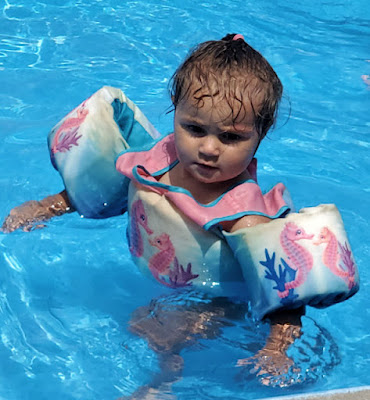 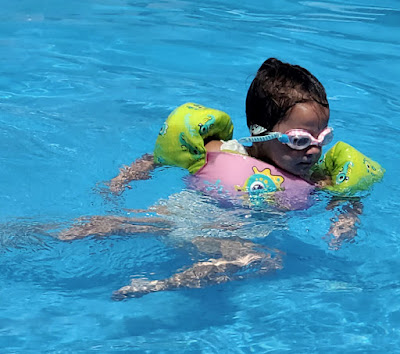 Mark walked down to the docks and swam there then found a bench to sit in to watch the boats coming in and out. There was a nice cool breeze coming off the water and the bench was in the shade so it was very pleasant. Eden and I joined him. 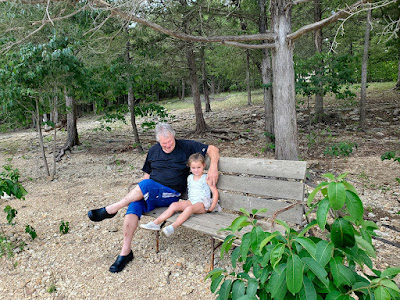 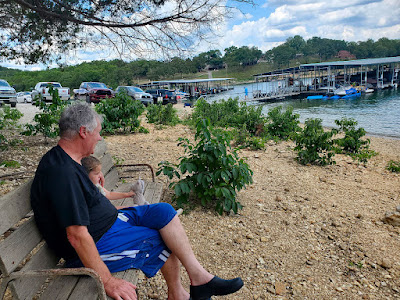 When we got back to the house the kids were ready for naps so Mark and I stayed while Sarah and Stephanie went shopping. When the rest got back from the water park everyone was exhausted. They didn't have to wait for any of the slides and went from slide to slide. No pictures, cell phones and water parks don't mix. They all crashed to cool down in the living room. 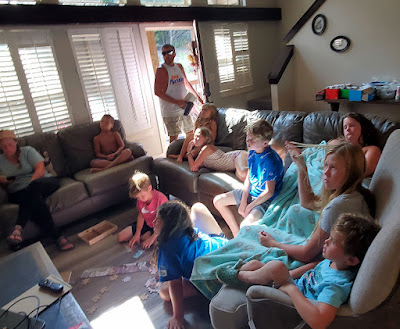 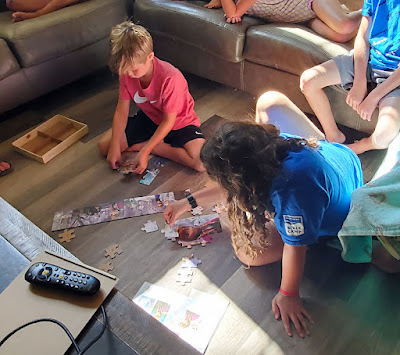 It was Phil and Anna's turn to provide dinner. Anna had helpers in the kitchen. Below is Zion helping make the brownies. 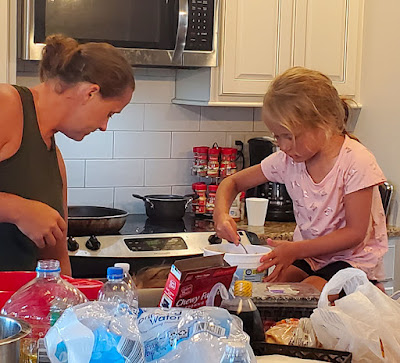 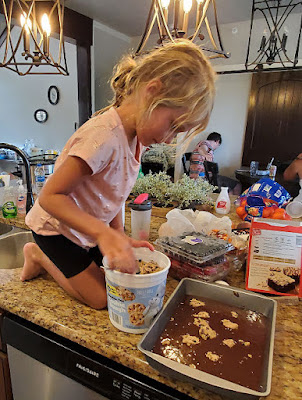 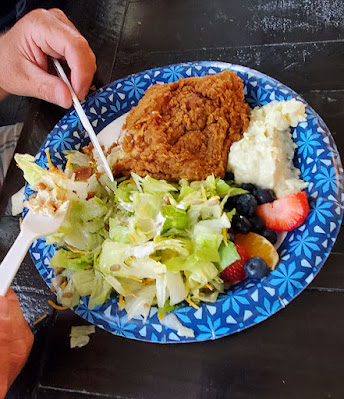 Tonight we had my favorite Fried Chicken served with salad that was loaded with hard boiled eggs, sun flower seeds, and shredded cheddar cheese, fresh fruit salad, and potato salad. The kids take theirs right out to the balcony. 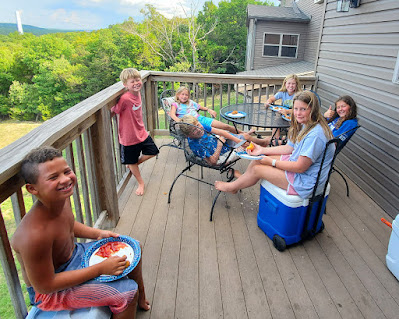 After supper Stephanie brought out the bubble wands and let the littles blow bubbles while we waited for dessert. 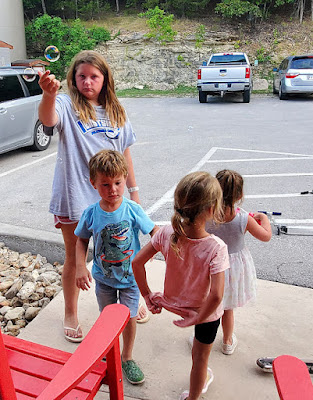 IF you would like to see the pictures and videos from today click HERE. Mike sent an update on Loxley. He stopped in at the clinic to see him. His numbers are good but he still has bad diarrhea and is very lethargic. Sure hope he makes it. Unless they can get the diarrhea stopped Loxley cannot come home tomorrow. Sheena needed to be sedated a bit, she is not used to being in a stall so long and was getting anxious. This sure hasn't been easy.
Posted by Judy Sceggel at 9:32 PM