Last night I started reading the book Brought This Far by Sharon Lee Meisenheimer. Joan N. one of our graders at Berean Prison Minstry brought it to the Berean office for us to share and in chapter 20 it talks about an AC Work team coming down to help with construction of some buildings in Ecuador in 1981.  Imagine my surprise when some of the work team were named.  On that team were 14 people including Nick Knobloch, Kent and Jan Heimer.  I confess to over sleeping then quick trying to finish the book this morning so got a late start on chores. When I went out Dancer was very glad to see me.  I was trying to get the net wrap out of her shelter so we could put a new one in this afternoon but she wouldn't leave me alone. When I stopped to take a picture of Sheena she stuck her nose in the picture. 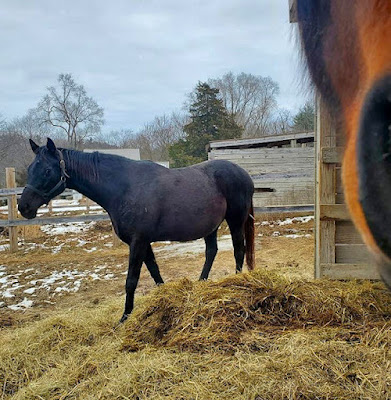 I turned the camera around to get her picture and got me in it too but most of it was of HER nose. 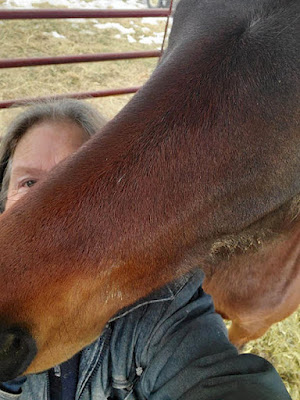 She really is a loving horse. 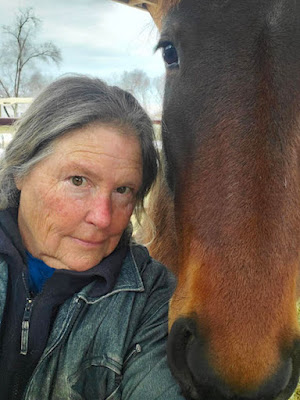 We got word from Ruth that Fedi started his therapy today at Methodist. She included this picture of him in his scrubs. 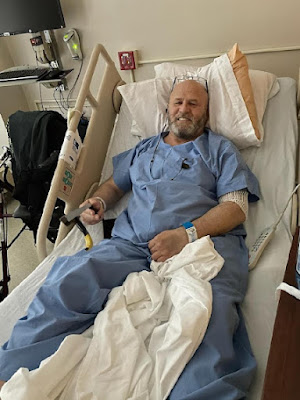 It is really good to see him smiling. He sure has had a rough time.  When Mark got home I needed help moving in 2 bales. Dancer's paddock needed a bale as did Valiant. 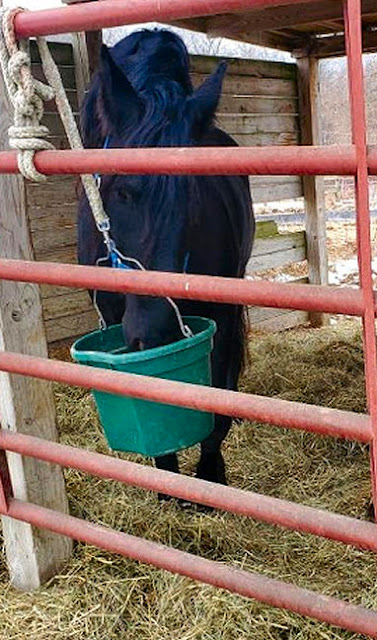 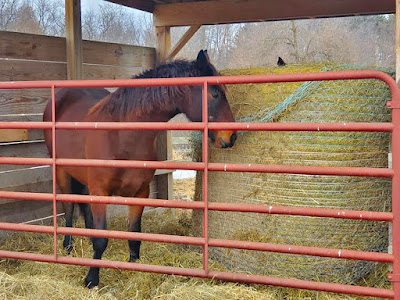 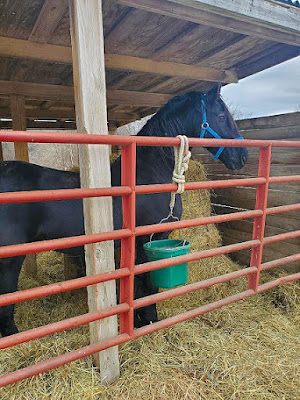 While working out there I checked all the waterers and the far paddock one must have been over flowing. Check out the ice around that one. 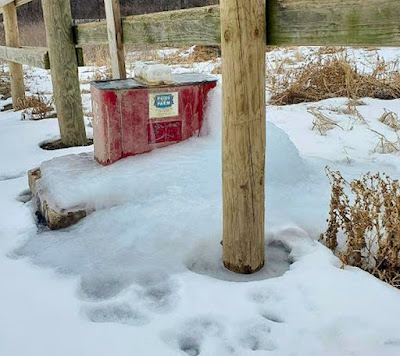 The rest of the waterers are fine. At 4:00 pm I left for Sarah and Nolan's house to go with them to Eureka to watch Addyson play volley ball. I was amazed at how many girl players there are. They had team after team play. 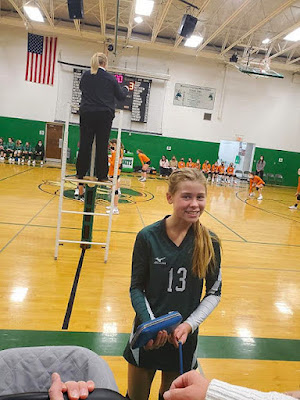 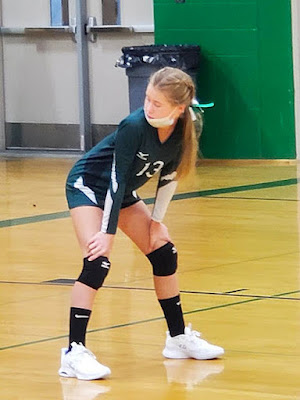 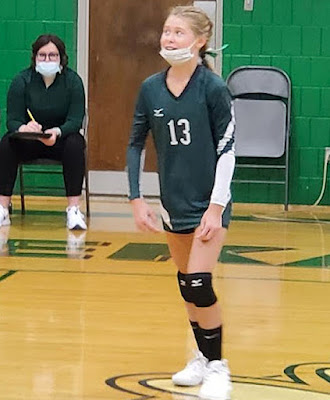 The games were fun to watch. Rhoda brought Zeke and Sarah's three girls were enamored with him. 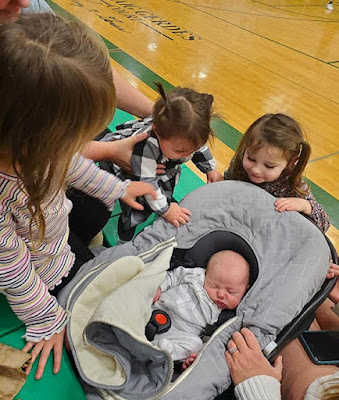 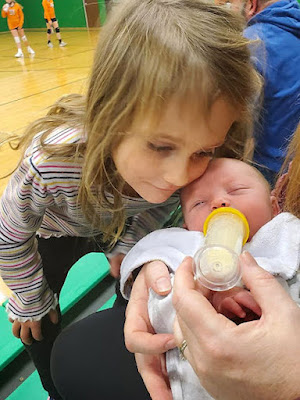 Addyson's teams won every game.  After the games we drove to Busy Corner for a late dinner. 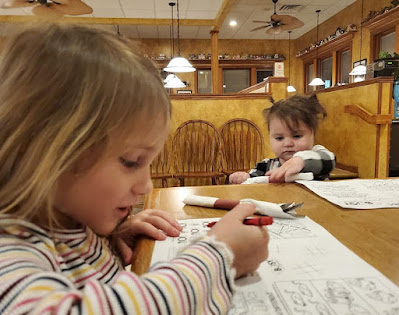 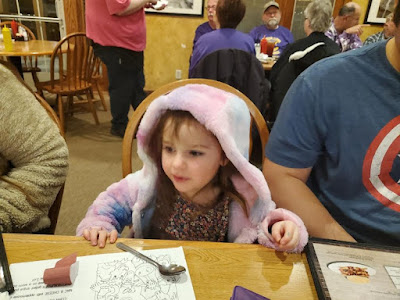 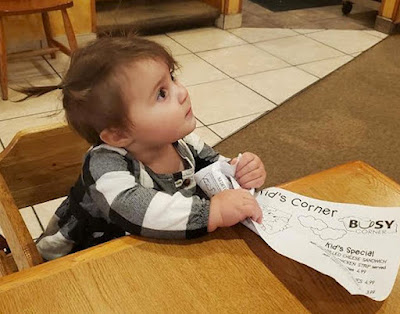 That was fun too. It was late when I finally got home only to find my keyboard wasn't working. I took Mark's from his computer. He has ordered a new one for mine. Hopefully it will come soon.
Posted by Judy Sceggel at 10:02 PM