I used the new utility cart for feeding this morning. Evan's bale is almost gone as is the mare paddock so I used the cart to haul a square bale of hay and divided it between the two paddocks.  This will hold them off until tomorrow. 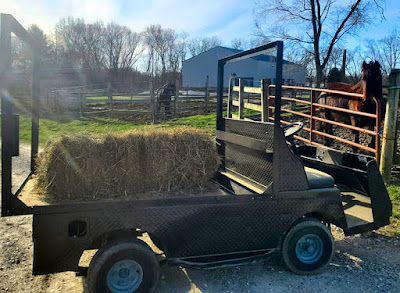 Today was a special Sunday for the Meister family. As mom's 90th birthday is Wednesday about a 135 of mom's kids, grandkids and great grandkids came to Peoria church as a surprise for her.  At lunch we all sang happy birthday to her.  It was SUCH a blessing for her and so very special.
Below is a really special picture of the mom's last 3 greats. These 3 little boys are about 3 weeks apart. 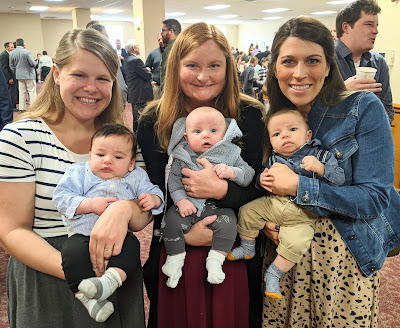 Oh my are these little boy cousins going to have fun together in a few years. Left to right is Walter, Zeke and Brian. It really was heart warming to see so many cousins all in the same place. The picture below is also a very special picture. 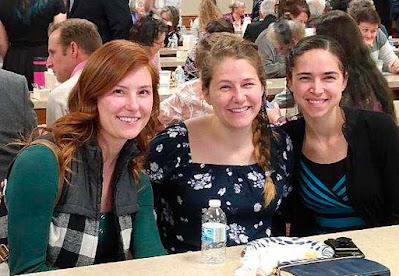 Jessica, Anni, and Bethany back together again, at least for today.  A special thanks to those who made the effort.  After church Phil and Ben came over to start work on the inside of the barn. They have a lot of digging for this next job. Below they are checking the plans before heading out to the barn. 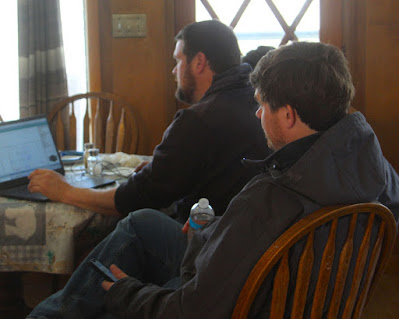 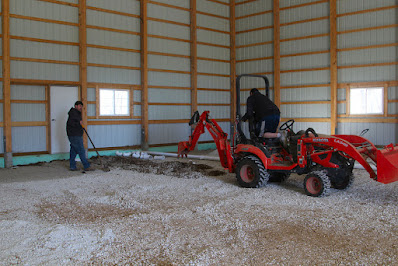 Braelyn, Taegan and Kensley came in to help get the supper ready and were put to work making the brownies. 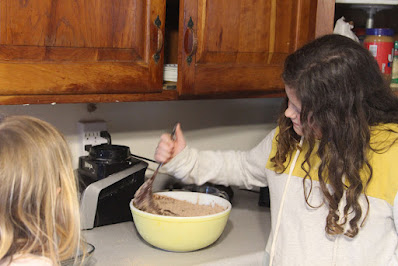 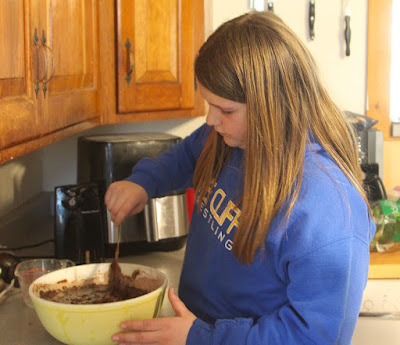 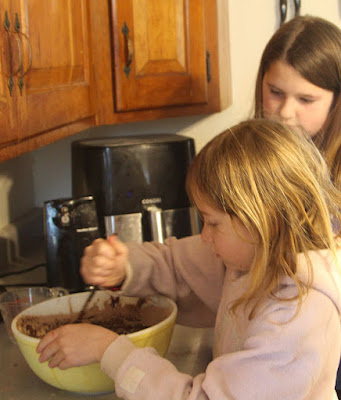 Once the brownies were in the oven they headed outside. While we were waiting for Taunya to arrive with her children Anna and the girls had fun with the volley ball.  After Addyson, Jack, Jace and Abe arrived the kids started a new game with sticks. Both the volley ball and the stick game are on the video below. 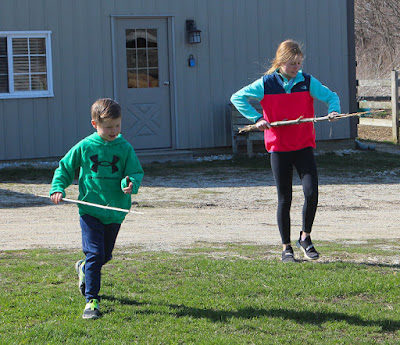 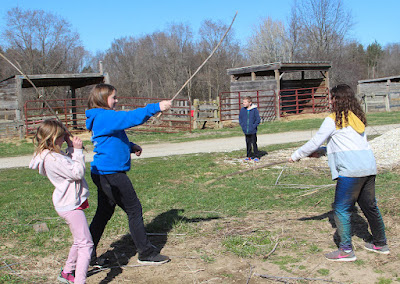 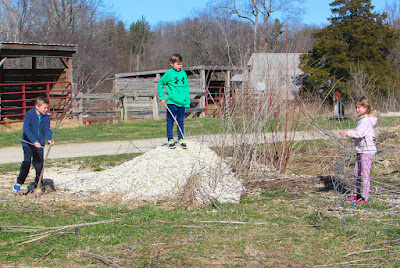 Even grandpa got in on this game. He got a HUGE one. 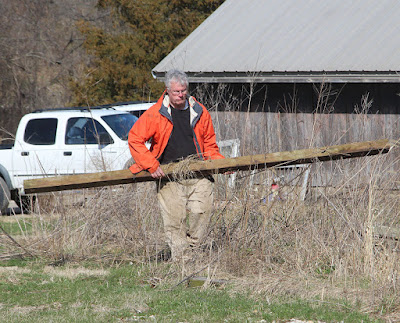 Really he was just consolidating the lumber pile for easier mowing this spring.
Dinner was served a little later as volley ball was cancelled. It is just too cold for outdoor volleyball at just 32 degrees. For supper tonight we had haystacks.  The peppers make this meal colorful. 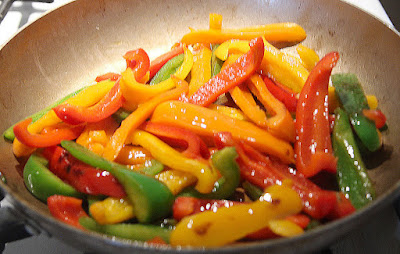 That is 5 pounds of browned hamburger simmering in taco seasoning. 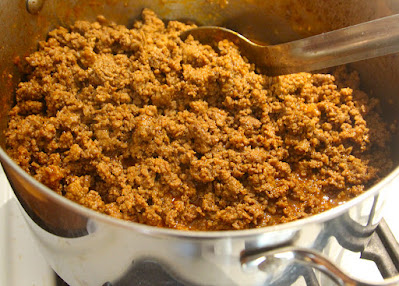 After the meal the kids painted sun catchers and rings. 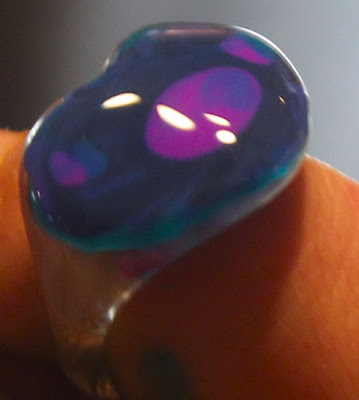 Below the last two still working were Braelyn and Kensley. They wanted to finish up some of the rings. 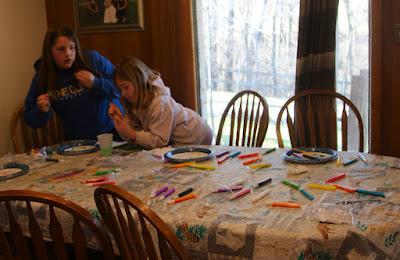 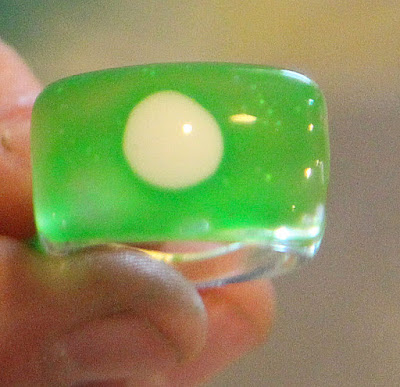 Below are a few of the colorful sun catchers drying. 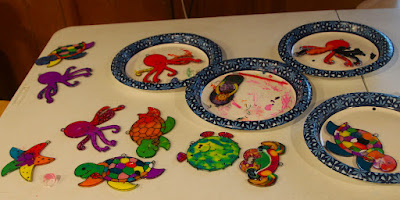 While they were drying the kids headed out to the barn to play on the hay bales. 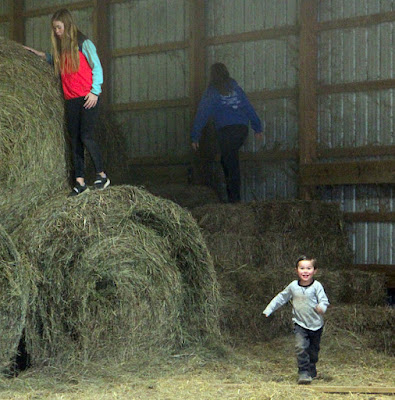 Irish was turned out in the big field for a few hours while the kids were playing in the barn. 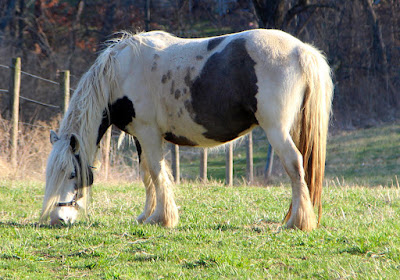 Of course we had to try out the new (old) cart. 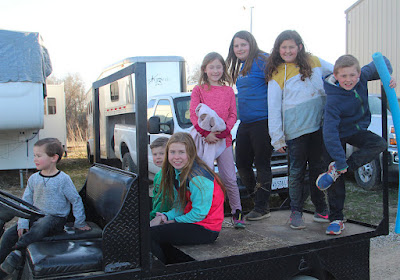 We drove it over to the playground and all the way to Joan's and back. It does the hills fine, it also drives ok on the grass and rocks. It is a 2002 and just like our really old golf carts. It will run fast down the hill but climbs them slow. The big plus is how many kids it holds.
It was just too cold to stay out long. After coming back Irish was put in for the night. 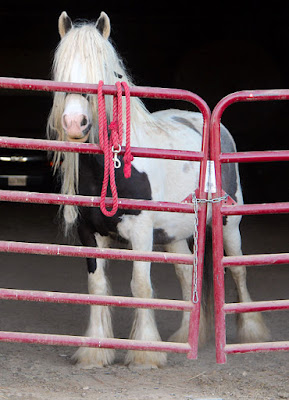 She shows no sign of waxing but with this cold weather we are not taking a chance of her delivering outside.
Posted by Judy Sceggel at 7:18 PM