The Musical of Pride and Prejudice

It didn't rain last night. That meant I had to clean up the indoor arena for no reason at all. Both mares were anxious to get outside and enjoyed the field this morning. After they were put out Dakota was teased and covered. Walking by the middle paddock Irish and her colt were eating on the outside of the shelter while Lily and her filly were eating on the inside of the shelter. 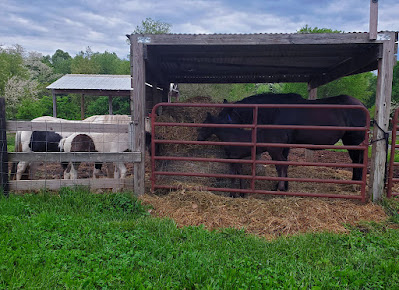 I'm very thankful we have put up good fine stemmed nutritious hay last year. The mares are doing well on it.  It started raining after our walk so it was a good day to do some extra chores like wash the living room windows both inside and out.  That also meant sweeping off the porch and once the windows were clean the front door needed a good scrubbing.  I'm very thankful most of the time that I don't see the dirt and it doesn't bother me but we are hosting potluck in NINE days so now I have to actually LOOK for dirt.  The people coming to pick up Madiera had a flat on their horse trailer so I loaded her up in mine. My only problem was not having enough gas to get there.  Last time I drove the truck and trailer gas was $4.39 a gallon and I just couldn't see spending that so decided to wait until I needed the truck again hoping gas prices would fall. BOY did I ever get that wrong.  Gas in Hanna City is $4.89.9 a gallon.  I didn't quite put 10 gallons in. I quit pumping when the bill was $48.00.  That was enough to drive her over and drop her off and get back again.  Hopefully I can make what little gas is left in the tank last until the dems get voted out of office.  Later they sent the picture below of the girl that is going to end up with her foal, she had just untangled and brushed out Madiera's mane. 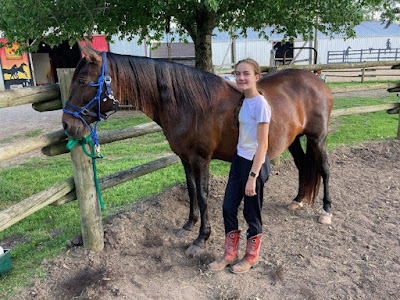 After parking the horse trailer I loaded the golf cart charger in the car and took off for Congerville. The man repairing the golf cart needs the charger also. Thankfully our Prius gets 43 miles per gallon and that 70 mile round trip could be made on just under 2 gallons of gas instead of of the 7.5 it would have taken in the truck. Of course the next trip would be with the truck and horse trailer to bring home the golf cart so I'd better plan on putting another $50.00 worth of gas in it before taking off. It was late afternoon when I finally got all the driving done today.  We are having a nice evening and Jury is still not bagged up enough to worry about her delivering today so has been left out tonight. It looks like Soul's colt is sold. The people buying him are mailing the deposit check and will get it out tomorrow. I won't mark him sold though until the deposit is in hand. 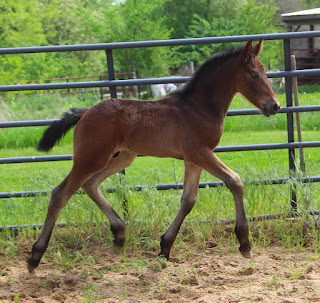 The Peoria Cooperative Academy is putting on the musical Pride and Prejudice tomorrow at 2:00 pm and again Friday at 7:00 pm. 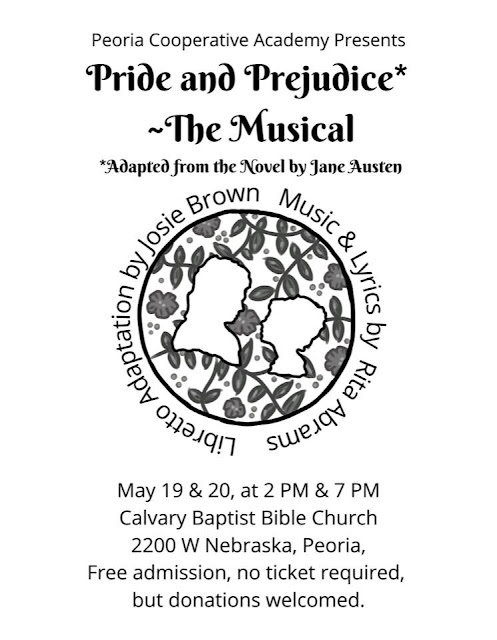 ALL are invited and they have really done an amazing job with this. If you liked the book and liked the movie you will love the musical. Besides that Faith is in it.
We didn't go to church tonight as Mark is still in quarantine but watched live on Facebook. Gregg Rumbold had the message on 1st Timothy 4.
Posted by Judy Sceggel at 8:37 PM