After the walk, Hoerr Vet clinic was called to see if Ciera, Valiant and Evan could be brought in for wolf teeth extraction. The go ahead was given but before we even started loading, Ruth called. Ruth is taking care of Karin's 2 dogs while Karin is in Haiti when Ellie, Karin's old dog started emitting a terrible smell. She gave her a bath but it didn't help. When Ruth was bathing her she found tumors on the dogs mammary glands. One had opened up and was leaking a foul fluid. Ruth asked us to take Ellie to the vet with us to find out what this could be. This was advanced breast cancer which had probably already spread to her liver and lungs. Dr. Hoerr felt the best option for her was to quietly put her to sleep which he did. Ruth tried to reach Karin but she is in a remote village putting up a church roof in Haiti so we made the difficult decision for her. We asked about surgery but Dr. Hoerr felt that wasn't an option, very expensive and with her advanced case wouldn't be wise to put the dog through the pain. Rest in Peace Ellie.
Ciera was taken out of the trailer first and put in the stocks. I had to get a shot of her beautiful tail while we were waiting for the doctor. 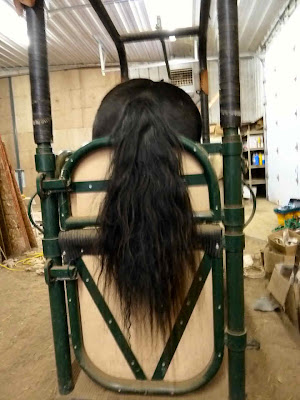 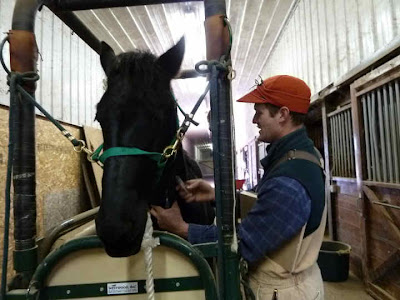 She will be 2 years old the end of April and already she has an impressive amount of mane and tail and did we mention how HUGE she IS!
Valiant was next in line. Ciera was quietly waiting to be taken back to the trailer in the picture below. 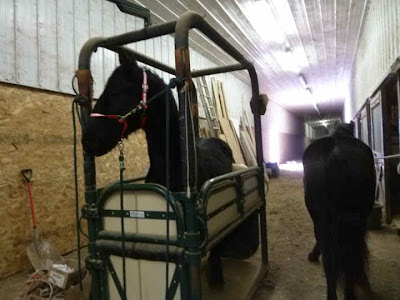 Below Dr. Hoerr is injecting novacain where the wolf teeth will be removed. 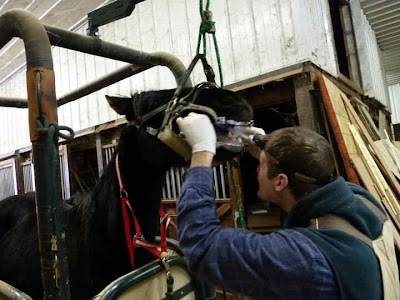 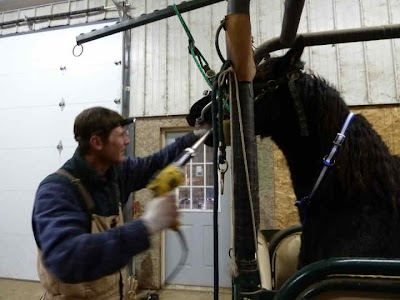 One really nice thing that happened today was Dr. Hoerr told me he started working his 4 Raven foals from 2010 and was SHOCKED at how easy they were to train. He wants to breed a LOT of his mares next year. He couldn't get over the disposition of the 4 he has and the one from his hackney pony is so impressive he wants to breed most of his pony mares to Raven this spring. He can't believe the quality Raven is putting out, improving on EVERYTHING.
I finally spent time this afternoon to learn how to download the pictures off the new camera, the pictures below were all taken at the New Years Eve Party.
Now all three dogs, Emma, Ebby and Darcy were locked in our bedroom but the kids were so fascinated they had lots of company. I think Abram and Levi need a dog! 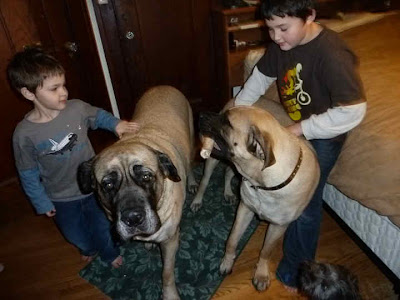 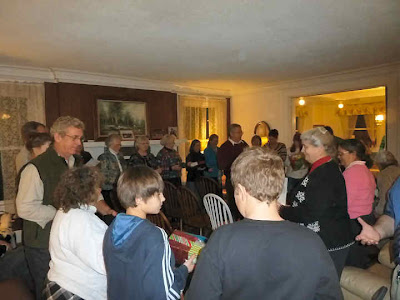 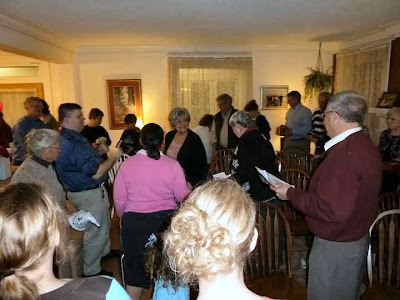 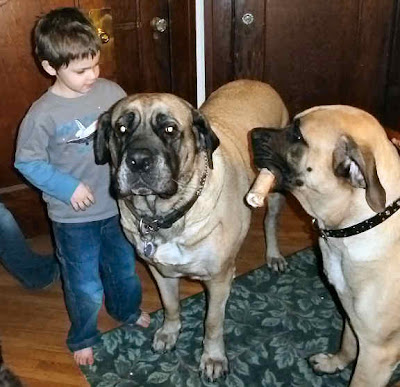 Susan was getting so good at the drums she forgot to come downstairs to play with the grown ups. 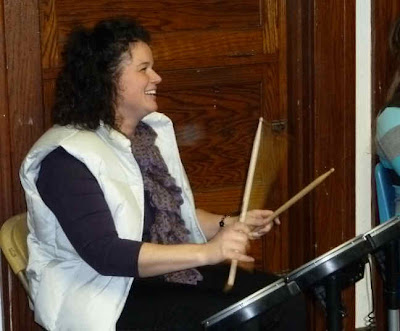 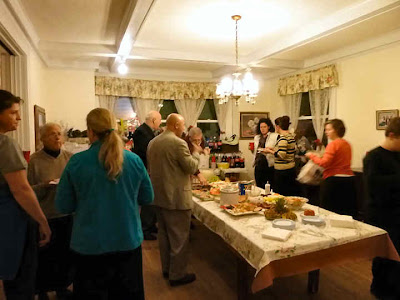 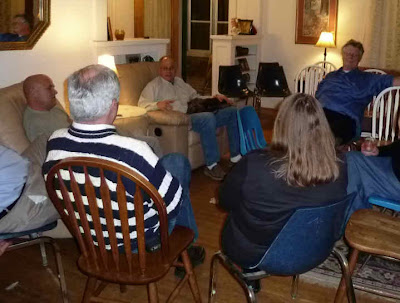 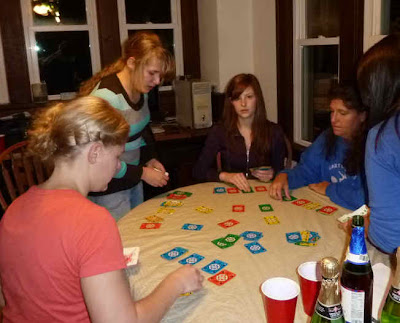