The Fireman The Hero

Mark and I went to the Kickapoo Winery for the school board late Christmas party tonight. At our table was Jeff & Christy Donahue and Mike & Jamie Kocker. During the conversations Jeff starts asking about the horse that fell down the ravine and had to be pulled up. Right away I knew he was talking about BLAZE. 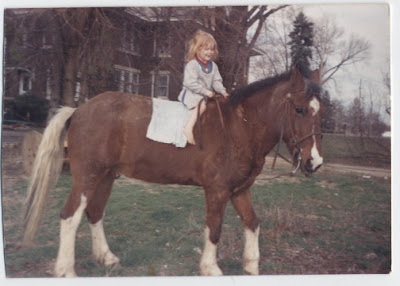 Jeff was one of the firemen that came to the rescue. 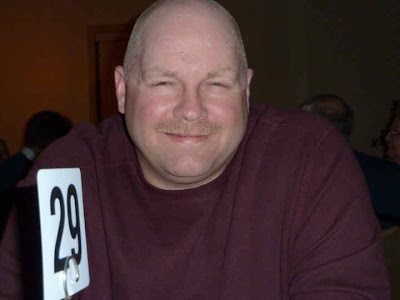 Now Blaze was 32 years old at the time, going deaf and pretty much blind. One morning he didn't come up at feeding time. The word went out we needed help and many of the family and friends came to look for Blaze. One of the Bridlewood kids actually found him, down a deep ravine where he slid under a fallen tree and was knocked out. We called our vet who at that time was Dr. Hahn from Canton, IL first thinking if anything was broken we would put him down before subjecting him to the long drag up a cliff. Amazingly other than being knocked out, with scrapes and cuts nothing seemed to be broken. Then came the hard part, how to get this 950 pound horse up and out of the ravine. Chain saws were brought in to cut the tree away from on top of him. Spark had a large canvas sling we could get around him but we had nothing long enough to reach into the deep ravine. I think it was Spark that called the fire department, they brought their truck through the field and into the woods as close to the ravine as was safe, lowered a cable and was able to pull Blaze until he was finally almost on level ground. Dr. Hahn was then able to check him over better and gave me the bad news that the shock was probably going to kill him. I still remember Dr. Hahn saying, "if he was 16 he might have a chance but at 32 there is no way he can survive." He gave him some drugs to relax him and showed us how to keep him laying on his chest instead of flat for his lungs, then had to leave. We brought hay and water to him all during the day, and I'm pretty sure it was on Amy Koch's watch, that all of a sudden Blaze lurched to his feet and stumbled up to the barn. The cheering that went on was touching. So many people working to keep an old horse alive. Well not only did Blaze survive he went on to live another 8 years with many more adventures which I will save for another time.
I was glad to be able to THANK JEFF tonight for the rescue, I don't remember if they were ever thanked when it happened, we were so worried about Blaze.
The other interesting thing tonight was David, Philip and Ben's junior high basketball coach also attended the dinner. Below is Brian Harrmann with his lovely wife Jennifer. 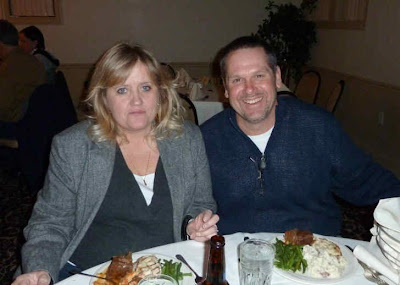 He talked about the good times and good games with my boys.
The conversations at our table was lively and entertaining until the band started playing. 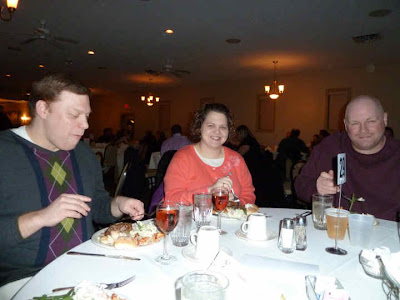 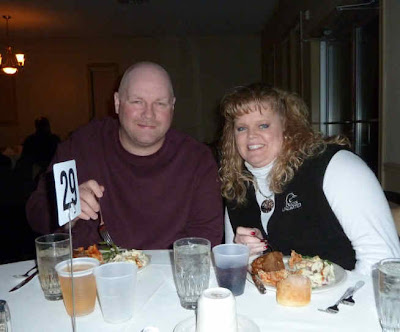 Then it became so loud that Mark and I were wishing we had hearing aids so we could turn them off.
By 8:30 our ears were hurting and we were ready to leave. I guess we are just getting old. Outside tonight it is very cold with snow falling softly covering the cars and parking lot.
Posted by Judy Sceggel at 9:04 PM