In case you are wondering what happened to Raven’s Grand Champion, he continues to win blue ribbons.
I purchased Merlin from Jodi Dieter almost two years ago when Merlin was just 4.
My trainer is responsible for changing his name to Maestro, because she was so impressed with his movement.
He showed last summer at Lamplight and won 4 blue ribbons.
He impresses everyone; in fact earlier in the season he showed in a schooling show and the comment was his normal trot was like an extended trot, and he was just doing what came natural to him.

WE LOVE to hear updates on Raven babies, especially ones all grown up. Maestro is Autumn's FULL brother, neat to think he is showing and WINNING at Lamplight!

After getting all the Bible studies processed it was time to load them into the car and head to Sams store. Mark and I were down to serve lunch at choir tonight. After purchasing ground beef, sour cream shredded cheese and a few other items I drove to Eva Jeans to drop off the studies then to Aldis for the rest of the ingredients for the planned lunch then as all the groceries were being carried into the house the phone rings and it was Carol telling me that choir had been canceled. Oh well at least we have plenty of food in the house.
The kids all left for Riverplex for the boy's volleyball game and since there is no choir we will go also. 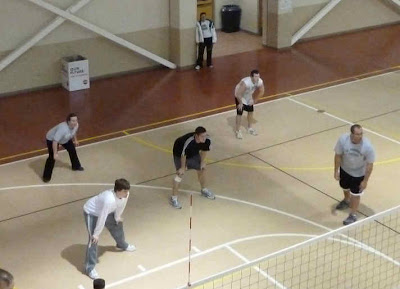 We watched the first 2 games which they won. 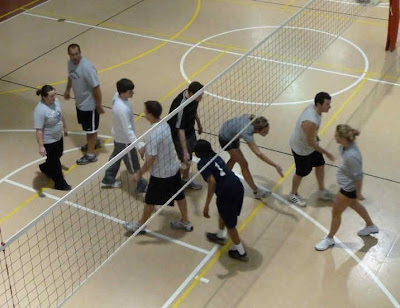 The couple that was suppose to come on Friday to look at Java emailed to put off coming because of the weather. The insurance bill of $419.00 for the farm came today, the truck insurance bill of $387.00 came yesterday, the registration for the truck of $99.00 is now due and I'm feeling a little overwhelmed.
Posted by Judy Sceggel at 8:05 PM