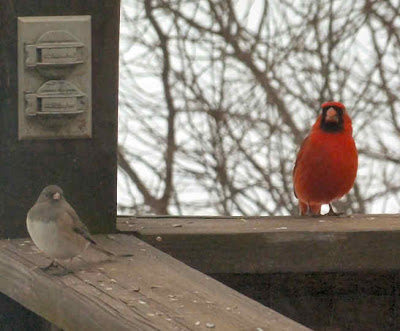 The walk was cut a bit short to move in a round bale in the middle paddock and one in the cabin field. Mom called as this was being accomplished to invite me to breakfast and her invitation is one no one wants to miss. She has a bird feeder out on the deck and another in her front yard. There were 14 cardinals around one of them yesterday. Today just a few but so brilliantly red. There were many birds of different colors among them were downy woodpeckers and blue jays. 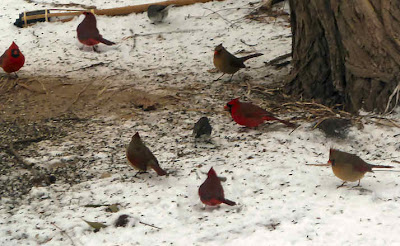 The Bibles were sent out to waiting chaplains by UPS. 240 were sent out today after getting out the mailed 236 to individual prisoners waiting for Bibles yesterday. A lot of work and money but what is the price of ONE soul. Dad use to say, it isn't our job to convert the prisoners, it is just our job to get them the Word of God and let the Spirit convert them.
A quick trip to the farm needed to be done to deliver some items for the fair after work and there is Steven Marchal working Jewel. 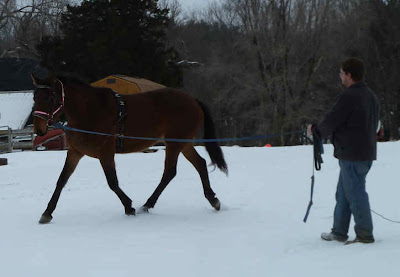 Steven reports that she is coming along nicely. Of course it is another gray January day but the camera was available so a few pictures were snapped. The other pictures were placed on her page on the website.
Saturday we are having a work day at the farm to repair one of the shelters in the middle paddock. On a farm with live animals there are always repairs to be done.
Posted by Judy Sceggel at 12:48 PM