Our last guest of those that were not staying the night, left just a little after 2:00am and instead of cleaning up we went straight to bed. Although a small side trip had to be taken to let the dogs out.
The party was THE BEST EVER! That is what everyone says every year but this year I think that was probably true. The pictures below were taken with the old camera. The new camera had many more pictures on it but I haven't taken the time to LEARN how to download them.
Just a few of the appetizers before the guests started to arrive. 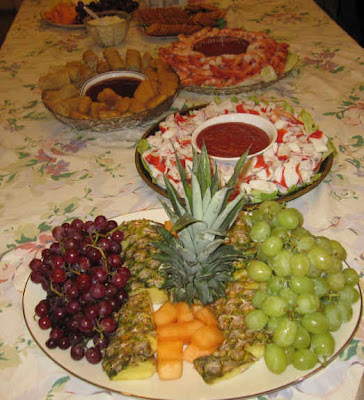 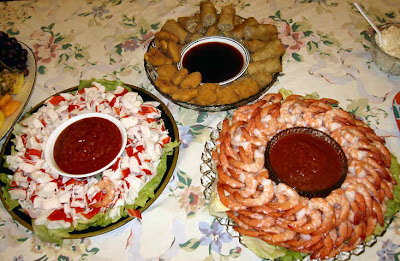 Susan's wonderful Bree dish before people started digging into it. 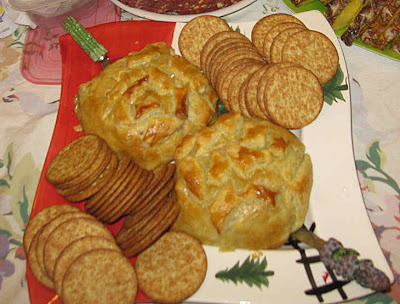 And the drink table. 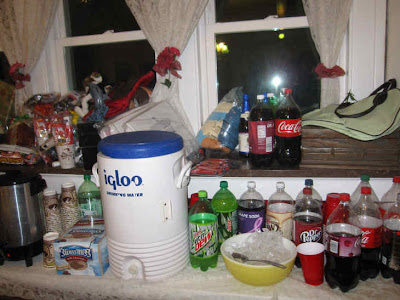 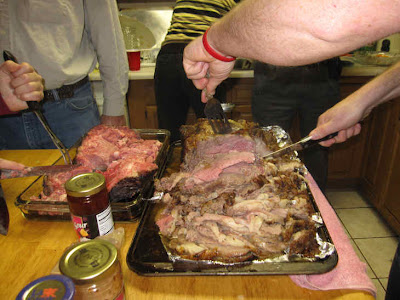 The rest of the pictures will be placed after I figure out how to download them.
Karin says the great thing about this party is it was such a diverse group with people from every age. There was a ping pong tournament of teenagers going on in the basement with a bunch of younger boys playing air hockey. A bit older age group was up on the second floor playing rock band in the hallway, another bunch of people playing kinnect in the other room. A gathering of young girls playing horses up in the 3rd floor and many many guest playing games and eating on the first floor. We played games until 10:30pm, had our last meal of 2010, played more games until 11:55pm, prayed the last prayer of 2010, then everyone went out on the porch with pots and pans to yell, scream, whistle, bang their utensils and set off the air horns and noise makers all to welcome in the new year. What a GREAT DAY!
Posted by Judy Sceggel at 8:04 AM