It was all arranged, right after the walk, mom would invite us in for coffee and Fedi would pull up with his van loaded with their kids and swim suits. We were abducting Ruth and taking her to Burlington, IA for a day at Fun City's indoor water park. The kids all knew the night before and all were up early to start packing as soon as Ruth and Rebekah left for the walk. On the walk we asked her what she had planned for the day as it was a holiday off work. "oh not much", she states, "I'm going to print off my cruise tickets and grocery shop." Everything went exactly as planned. The picture below is just before she figured out what was happening. 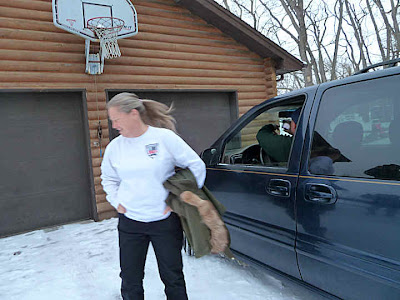 This story started yesterday afternoon, knowing Ruth had the big 50 birthday SOMETHING special needed to be planned but most of the family (about 45 of them) were all up at Fun City. Since they couldn't join us we drove up to join them and had a blast surprising the birthday girl. She is getting ready to blow out her candles. 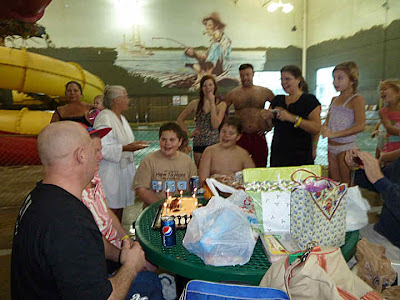 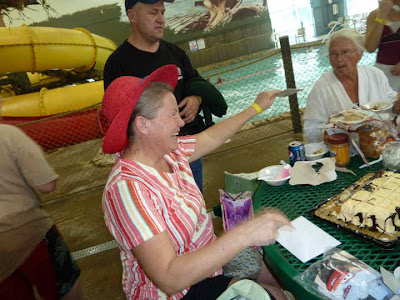 We all had a good time in the water park with only one scary incident. All of us older ladies were going down the water slides, the big yellow one we were able to use a tube but the fast red one it was no tube. Mom went twice down the yellow slide and thought she was ready for the red. Somehow she ended up completely rolled around in the water and couldn't get her head out of the water. The life guard had to jump in to save her. Beth was yelling at the life guard, still holding Michelle's baby, Wren while trying to get close enough to grab her and Diane was desperately trying to reach her also but the current was so strong it was pushing them away. Mom was actually pretty calm unlike the rest of us. We decided it was NO more huge water slides for her, although on the way home she was wishing she had tried it one more time holding her nose. We relaxed in the large hot tub before the pizza dinner. 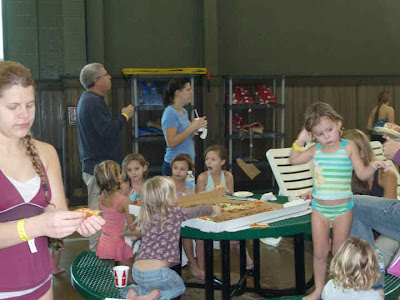 Trying to get a nice shot of Jenny and her 2 children Willow and Tate was just about impossible. Take kept making very funny faces until I yelled out, "look at that truck." 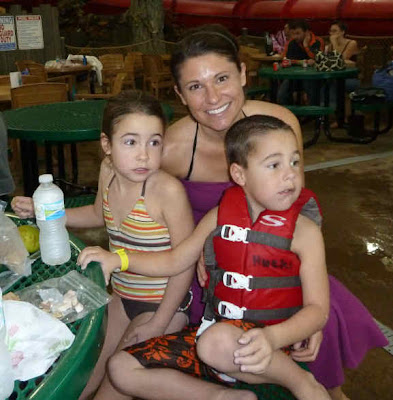 At least he is not making a weird face. 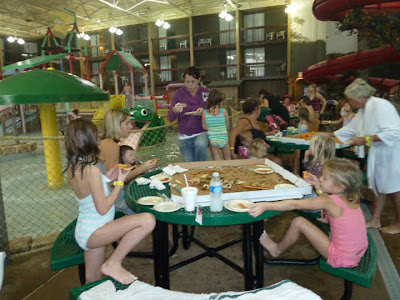 We had great entertainment during dinner watching the rock climbers. Logan was one that made it all the way to the top. Not to be outdone, Brook also made it to the top and grabbed the bar. 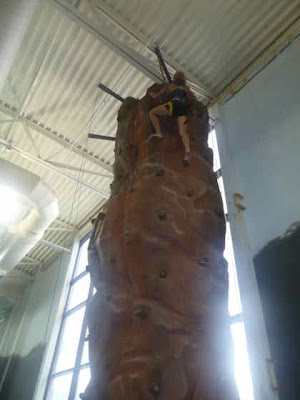 It seemed like the girls with the long legs had an easier time. 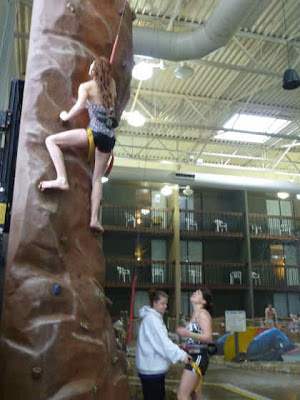 After watching her children make it to the top Rachel just had to show everyone how it was done. 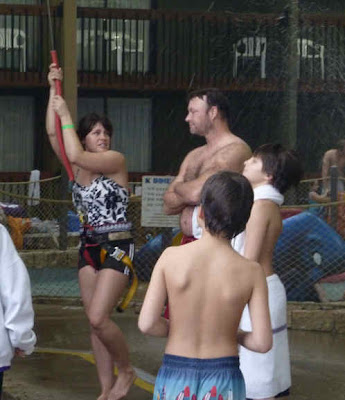 We were all pretty water logged by this time so headed up to Beth's room to change and off to the games where mom had to try deal or no deal. 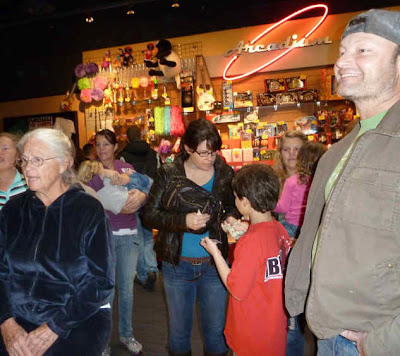 She actually did very well winning 75 tickets, knowing just when to cash in. Turned out her briefcase only had 8 tickets in it and she sold it for 75. 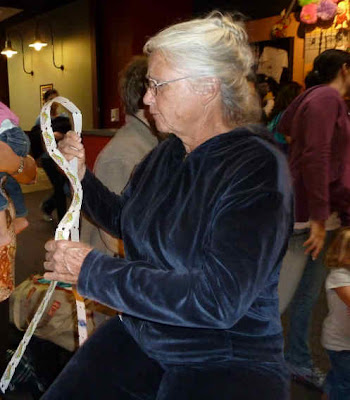 As it was Ruth's birthday she got to play the money game for free. 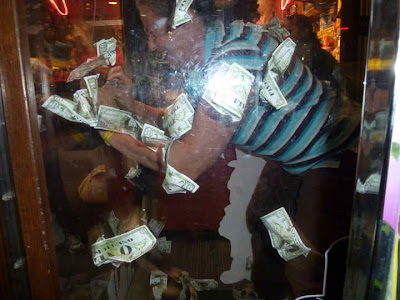 She thought she did very well, getting $460.00 fake dollars until she found out little Tess got $1200.00 About everyone was there cheering Ruth on. 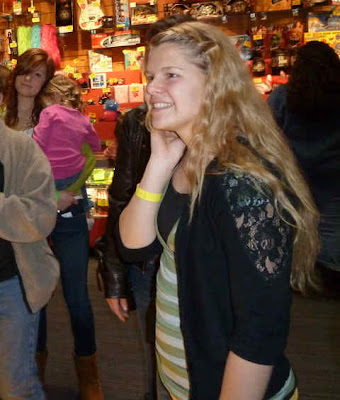 Mom was getting tired and it was time to start the 2 hour trip home. The roads were so much better than coming. Early it was sleeting and the roads were ice, it had warmed up to 35 degrees and turned to just spitting rain. It was a fun but exhausting day. HAPPY BIRTHDAY RUTH!
Posted by Judy Sceggel at 4:57 PM