No hurry today, the feeding was done at a relaxed pace after the walk. I didn't have to go anywhere until 11:00 am. The horses were grained, water tank filled, buckets scrubbed, stalls cleaned and horses groomed. It is nice for a change to have time. Both Eliza and Jenis were tired this morning, they finished their grain but were in no hurry to do so. They both went out twice yesterday. 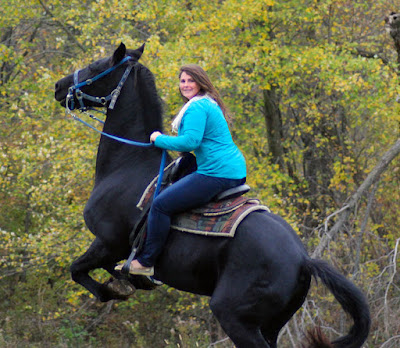 Above is Sarah and Jenis and below is David Jacob riding Eliza and Caleb riding Jenis. 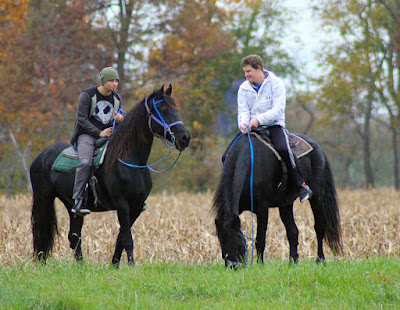 Below Lee is riding Eliza while Rhoda is riding Ayanna. 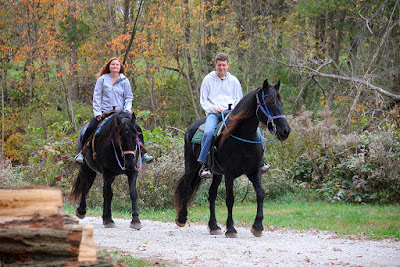 Ayanna is such a chunky mare she doesn't get any grain but if the other two expend energy we need to replace the calories spent with calories added.
Today was the doctor appointment to have my face looked at. The doctor took one look at my face and asked, "have you been to Florida?" The answer was, "nope, I just work outside a lot." Well unfortunately this spot on my face is considered precancerous and now I have to go to another doctor. Boy it's weird getting old, one just keeps getting shuffled from doctor to doctor. One wants to look at my heart, another my eyes and the third my face. Speaking of doctors, mom had to visit Pekin hospital today. She fell when she was in Gulf Shores and got a bad splinter in her hand. She thought she pulled it out but there must have been another one and it was big. She could press on the base of her thumb and the splinter would push up on the top of the pad of her hand. They removed it and let her bring it home to show the rest of us.
Anna brought the girls over. They had that Halloween routine down pat. Knock on the door and yell "trick or treat". 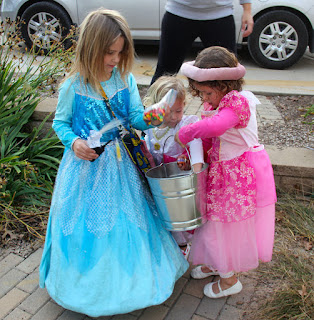 They were given a bucket of candy to go through and choose how much and what ever they wanted. Aren't grandma's the best! Of course it helps that they were my ONLY trick or treaters and I was so prepared this year. One year Rachel's boys dressed up and came over and we found gum and mints to give them but that was better than what Mike and Diane gave out. They forgot it was Halloween and had nothing to give but frozen pizza's. The boys went home happy with that. 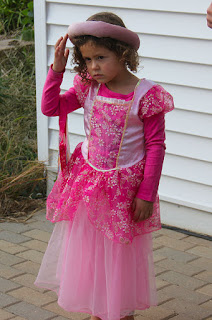 Taegan, pictured above is really happy but her mom had just told her to get back in the car and she didn't understand they were going to go get more candy from other people. Two year old Kensley thought she could eat everything right then and when her mom took the bucket away was not sure why. 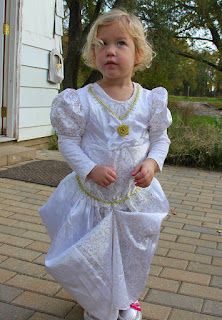 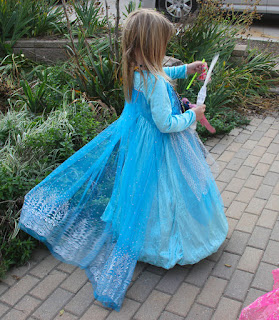 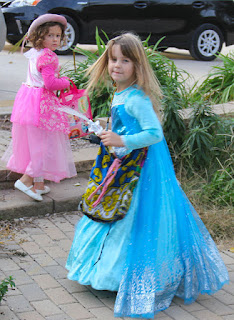 The happy smiles came out when Anna had them loaded and on their way to knock on another grandma's door. 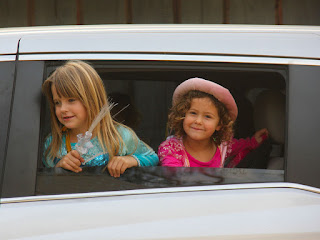 These pretty princesses love having 2 grandmas and 2 grandpas living so close.
Posted by Judy Sceggel at 9:35 PM