Last night after the shower for Emily was finished we were standing around talking in the Fellowship hall when I felt something in my eye. Mom looked but couldn't find anything. Last night was miserable and when I finally fell asleep dreamed a parasite was chomping away at my eyeball. When I awoke the eye was swollen, red and so very sore. On the walk we stopped at Diane's for better light to see what could be in my eye causing the redness, soreness and swelling. 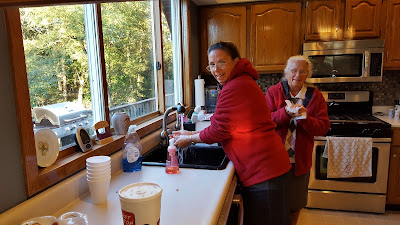 Above Joan and mom are scrubbing in and below they are both searching for the foreign object. 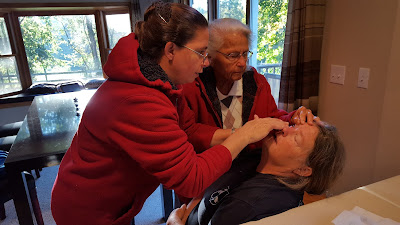 Unfortunately they could not find anything so I had to call my real doctor. He told me I would need to go to the eye doctor. Well I've been getting my glasses from Sam's Club so called there and made an appointment but the earliest they could get me in was 1:40 pm. Meanwhile Karin, Anni and Jessica arrived to tack up Jenis, Oksana and Ayanna. 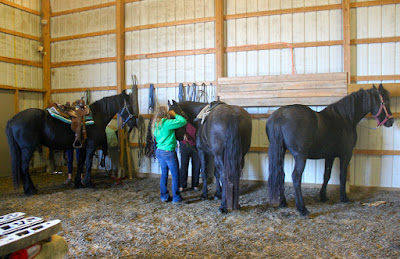 Anna dropped off Braelyn so we jumped on the golf cart to document the trail ride. 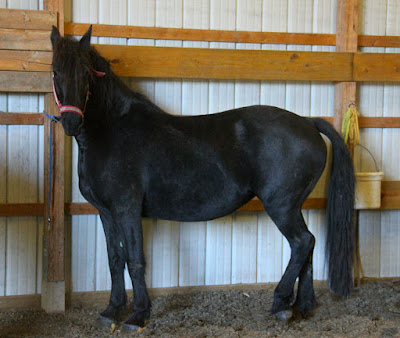 Above is Ayanna who was acting spooky with the dogs running around crazy in the arena. Below are the dogs, Cocoa and Princess Leia. 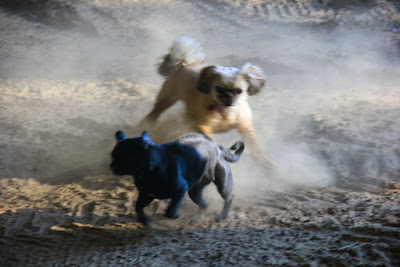 Karin decided Ayanna better have some round penning done before she climbed on and it was a good thing to do. She only needed a few minutes of work before she realized she was going to have to work if she didn't behave and then settled right down. 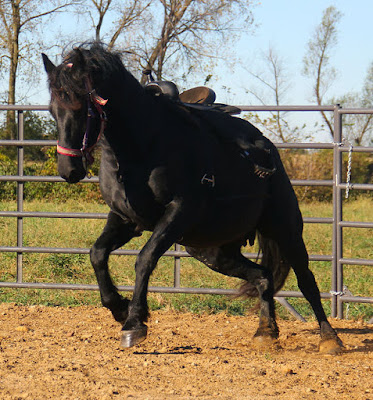 Ribbon and her colt were not happy to have been left in the field when the others were taken out. She  stood at the fenceline waiting for Karin to go get her. Ribbon is on vacation until after we take care of her tumor so she is getting left a lot lately. 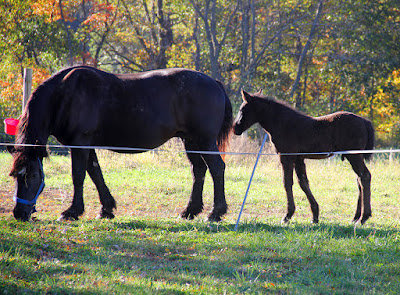 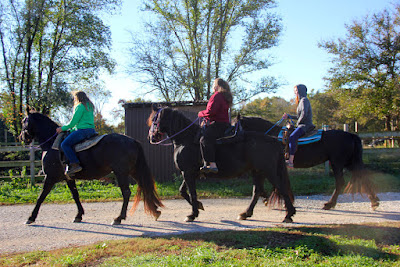 Valiant came running to the fenceline to see if any were coming to visit him. 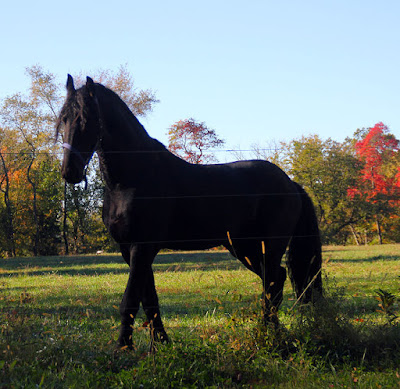 The trails were beautiful, the weather cool and the horses fresh. 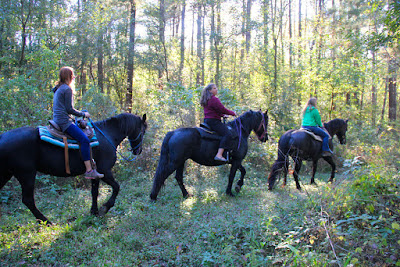 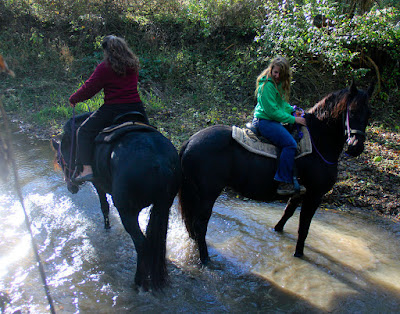 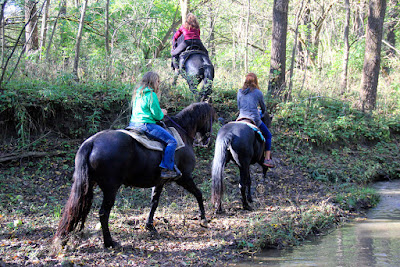 They all arrived home safely. 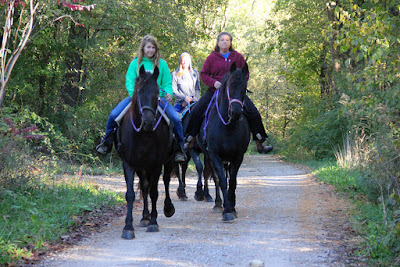 Braelyn was picked up before I needed to head to Sam's. I was taken right in but after the doctor looked at my eye told me I was going to have to go to the Illinois Eye Center as this was more than he could treat. He saw an abrasion but could not find the object causing the abrasion. Thankfully the IL Eye center is right up 91 but they were very busy and the only doctor available was the pediatrician. I didn't care at all, I just needed relief from the pain. While waiting for my turn a Facebook message came in about Soul's filly, a lady from California bought her so those hours of sitting while waiting were not all wasted.
Once the tiny little thing causing all this pain was removed I was given a prescription and a new appointment for another check up on Oct 31st then taken out to pay the bill. The entire day cost $50.00 at Sam's $60.00 at the Eye Center and $4.00 at Walmart for the prescription. I finally made it home after 5:00 pm still with a sore eye but hopeful that by morning most of this pain will be gone. After supper Mark went out to repair a broken wire between Valiant's field and the mare pasture. After marking the filly sold I went out to help him but by the time I arrived he had already finished the job.
Mom took her car in to Rieker's for new tires. While there she talked to Mike about getting 4 new tires for Joan's van as those were in bad condition and Joan was leaving for Bluffton this afternoon to get to her grandson's birthday party. Mike Rieker found a way to get both cars done each with 4 new tires and done in time for Joan to make her trip. A BIG big thank you to East Peoria Tire and Vulcanizing.