We had a big thunderstorm come through during the night that dumped an inch and a half of rain by the time we were up and getting ready for the day. It was still raining by the time we were to walk so that was cancelled and I just went in to the Berean office a bit early. To read about our very productive morning there click HERE. While there working a man called and wanted to come see Sangria's filly tomorrow morning. That meant as soon as I got home instead of taking the truck in for an oil change I had to call Frenches to see if I could bring it in after I picked up the horses. We got another half inch of rain during the day which meant there would be no way to drive into Middle Grove. Since I was going to Middle Grove anyway Marika, her colt and Jenis may as well be taken back out but first I wanted some updated pictures of Marika's colt and a video of him for the website. 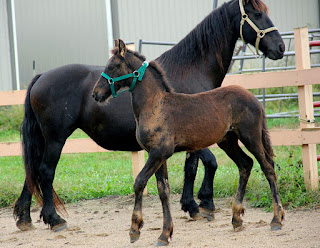 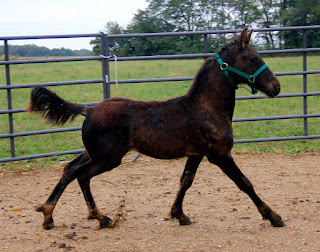 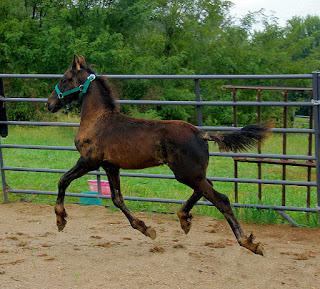 I was shocked at how good this colt's movement is. Check out the video below, this colt has springs for legs.

The video is a bit shaky, there was no one around to help move him but he did pretty well showing off anyway. As soon as that was done they were loaded into the trailer along with Jenis. When I arrived at Middle Grove Jenis took off straight up the hill giving me a good idea where the herd was and she was right. 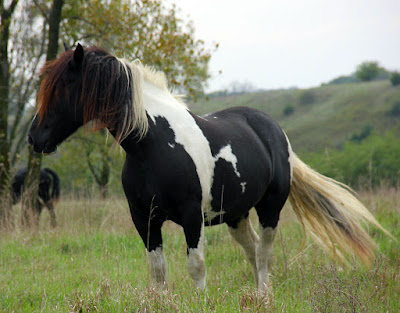 Above is Galena and below are Lola and Whitney. 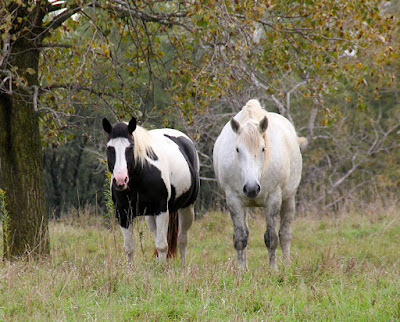 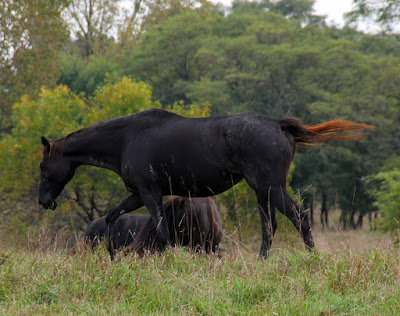 Above is Sheena and below is Jenis 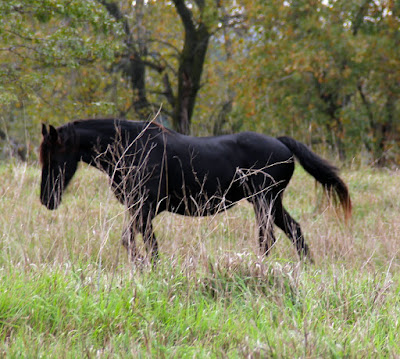 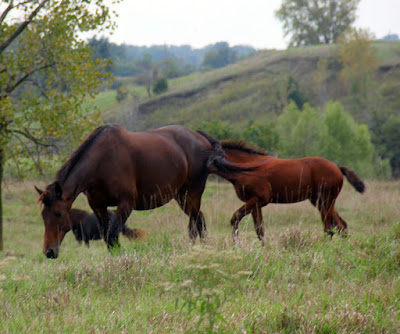 Above is Jewel and her filly, below is Ripper. 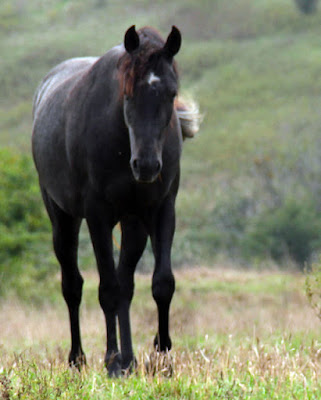 Above you can just see the top of Mika and below is Jewel's filly. 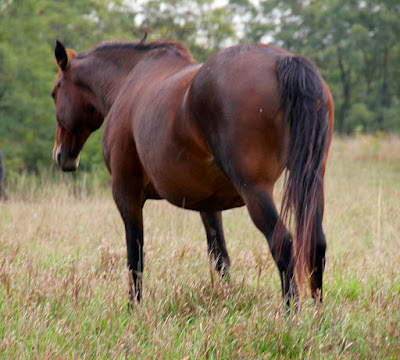 Above is Jewel and below is Rosaleigh 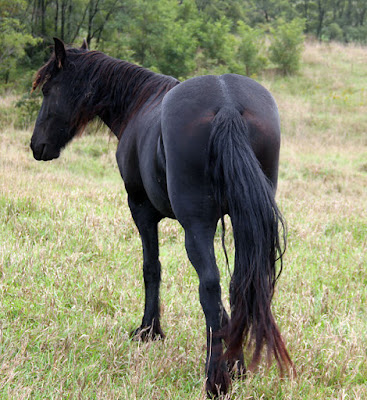 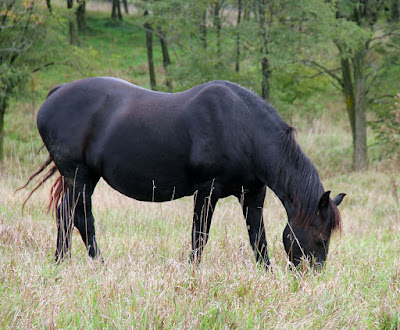 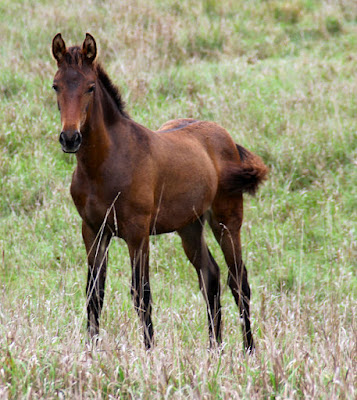 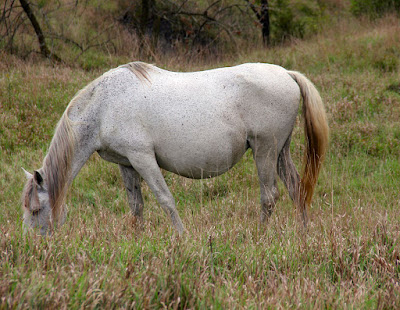 Above is Sangria and below is Roxanne 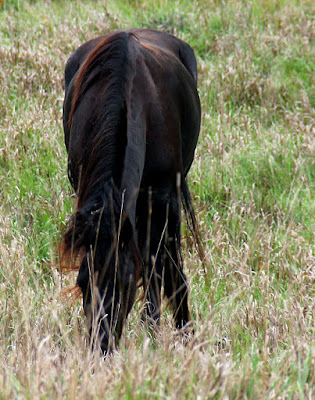 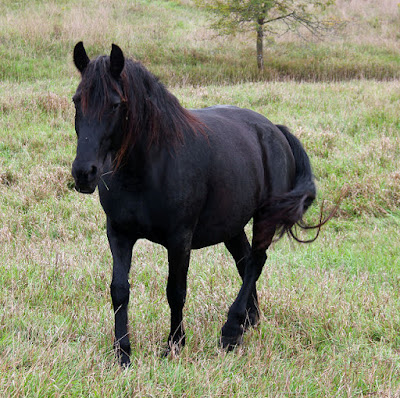 Above is Lily and I don't have a clue who that is below but whoever it is that is hiding from me I wasn't going to work her anyway. We always get a kick out of when Ribbon thinks we are going to ask her to work, she hides behind a tree exactly like this. 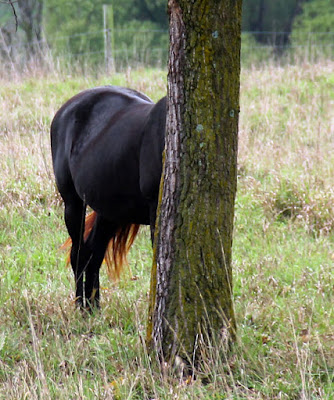 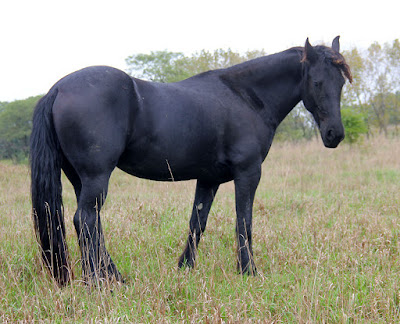 Above I thought was Zalena but Zalena carries her hair on the right, the only mare that carries her mane on the left is Rosaleigh but this mare looks too big to be Rosaleigh. Karin what's your best guess?  Below are Indy and Missy. Indy's ears point to each other. 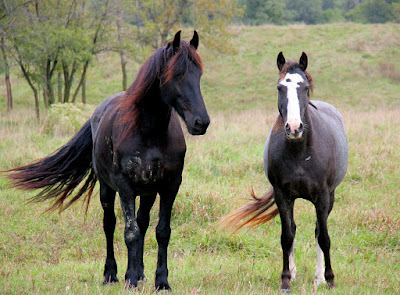 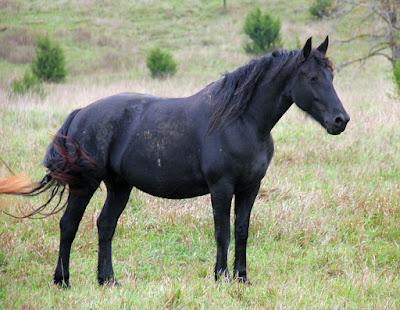 Above is Ayanna and below is Lola 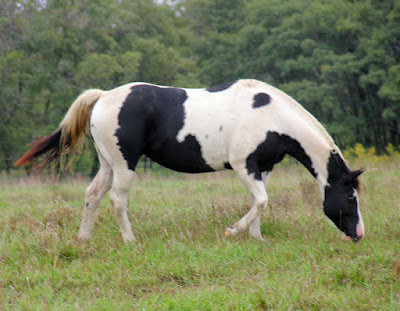 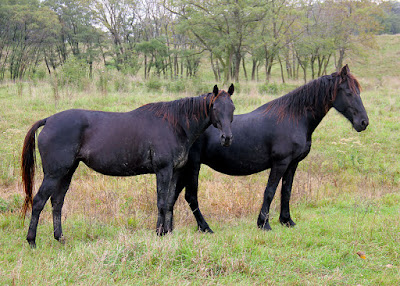 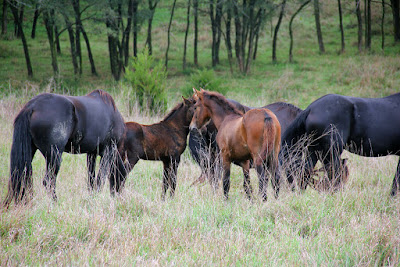 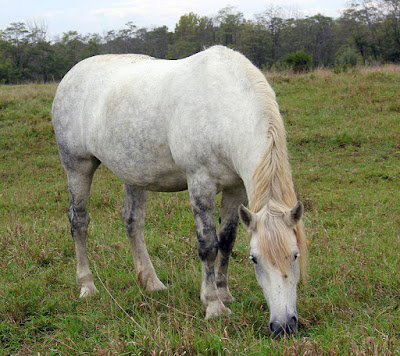 Above is Whitney and below is Sally 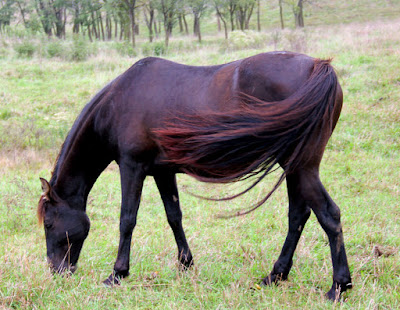 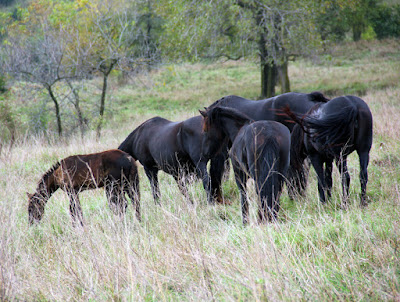 Above Marika's colt settled down to graze with Marika, Jenis, Roxanne and Rosaleigh. Below are Hadassah and Galena. 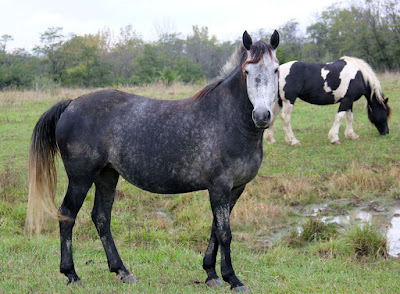 Below Mika is coming up the hill while Soul has a good roll. 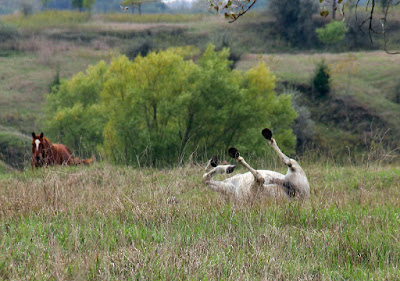 Karin came out to Middle Grove to help load Sangria's filly and I was so glad for her help. This filly is very independent and decided she wasn't going to leave the herd to go down the hill. Karin put a halter and lead on her and she led down and loaded nicely. She really is a spectacular filly. Karin worked the mares at Middle Grove yesterday and just kept raving at how good they all were. She reported that Rosaleigh is very smart and is going to be amazing. She said all the horses line up to work, waiting their turn.
As soon as I got home and unloaded, the trailer was unhitched and the truck taken to Frenches for an oil change. They will keep the truck overnight and get to the job in the morning some time so Mark followed and brought me home. This evening new buckets were hung for the 6 weanlings and they were all fed. Rosalie was teased hard but no show. We know someone is in season just have no idea which mare it is and I haven't' been home long enough to watch.