Mom had a good night although after ringing the bell Ruth gave her 5 times to get Karin up and Karin not responding, mom got wise and called her on the phone. Karin was just in the next bedroom, she heard the phone but not the bell. Ruth arrived to give Karin a break and Karin took advantage of the sunny windless day and took Rebekah and Jessica to Middle Grove to put riding time on Missy and Cookie. Jessica rode Sally, Karin rode Missy and Rebekah had to ride Cookie without a saddle. They brought 3 saddles but only 2 girths. No problem, Rebekah is a good rider. They had the experience of a lifetime. They were riding along at a gallop and a huge herd of over 50 deer came running up alongside them, surrounding them. Rebekah said she could reach out her arm and touch them they were that close. The girls thought at one point when the horses started to slow the deer were going to start jumping over them. Rebekah made the comment, "I'm never going to forget this experience!" Karin told us, "you just had to be there, it was like nothing we've ever experienced." Later they came upon some scattered old bones, big bones, too big to be human, unless there are giants that roam the land. Below is Karin on Missy and Jessica on Sally. 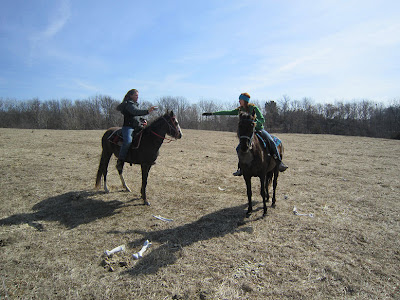 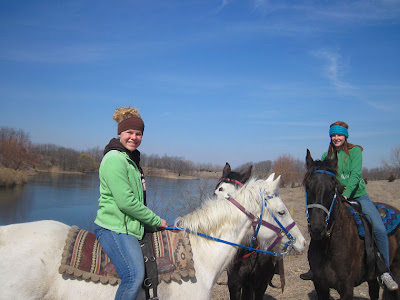 Jessica and Rebekah heading over to the lake: 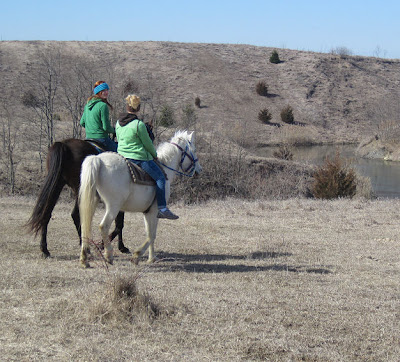 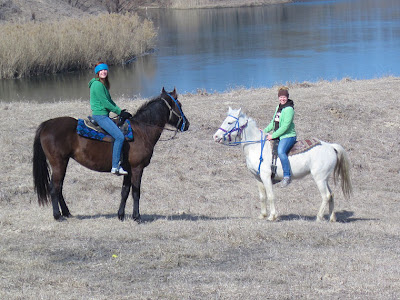 The herd following Jessica and Sally: 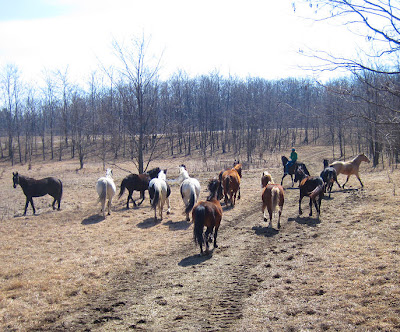 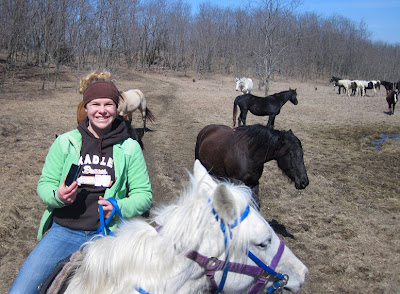 One of the many creek crossings: 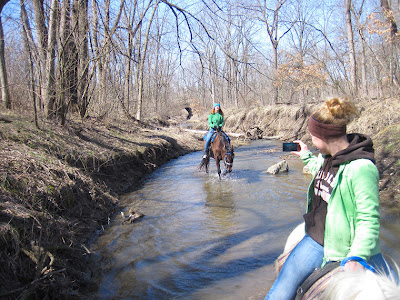 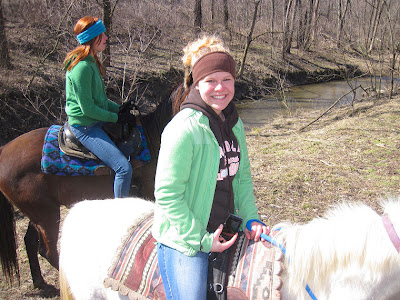 All three horses were great, Karin reported that Missy was her new favorite horse, her canter is like flying!