Cougar Tracks in the Snow

Mom asked me to pick up eggs from the farmer today. He had 10 dozen ready for us. When I arrived he had to show me his new additions. 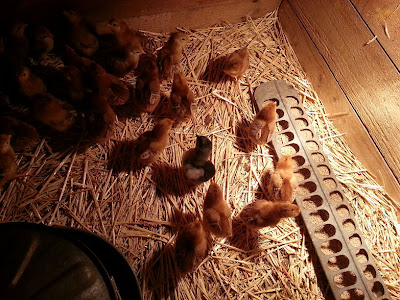 He purchased 27 chicks. They are so cute at that age, just balls of fluff. He was worried about the cougar in the area getting to them. There were cougar tracks in the snow making a loop around the drive. He had to tell me they were for sure not a dog or wolf tracks, these were huge and there were no claw marks at all. 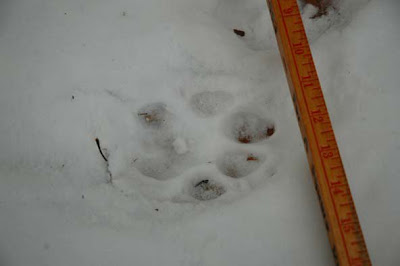 for reference check the chart out below:

There have been cougar sightings in Peoria county, I just didn't know they were so close to our farm.
Mark pulled out the skid steer this morning to start working on removing as much as possible of the huge stump in the south yard. 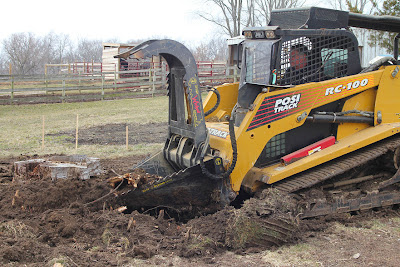 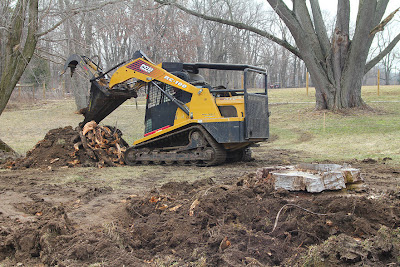 We needed to move in a couple of round bales so after Steven arrived to help cover Ayanna with Evan and Lily with Valiant both boys were put in the stalls until Mark was ready to change skid steer attachments from the grapple to the bale spear. Killian was pulled out to see how well he would do today with the laying down on command. We were so impressed with this boy, it took all of one minute. He was given a treat, then was asked to do this 3 more times, each time figuring out quickly what he must do to please. We worked on having him stand slowly with grain (the start of the sit) but each time he would just jump up. Since both Evan and Valiant learned to sit on a hay bale, I decided to bring him in the stall barn and see if we could get at least the start. 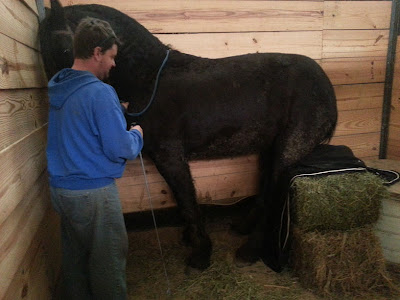 This was as far as we went with him and were very pleased. He was put back out and the boys were worked with next. Evan was brought out first. Notice Valiant checking out everything Steven is asking of Evan. 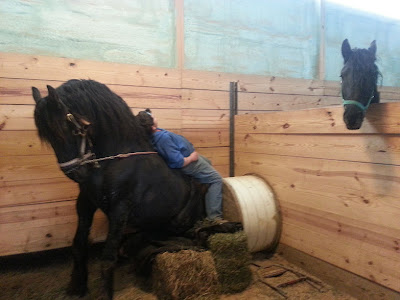 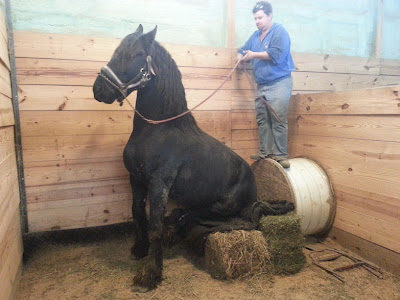 Valiant is amazing, he knew exactly what was being asked and immediately sat. He is such a good boy just check out the pictures below of how trusting he is with Steven. 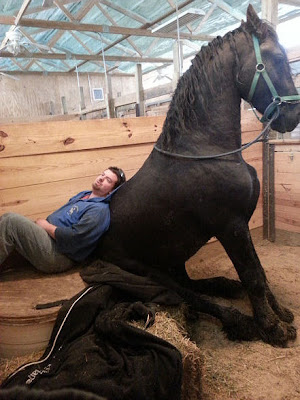 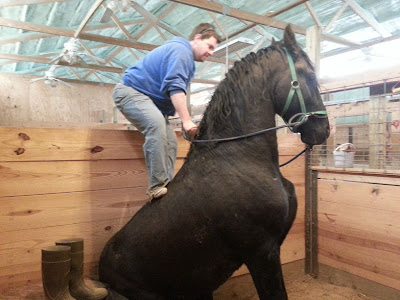 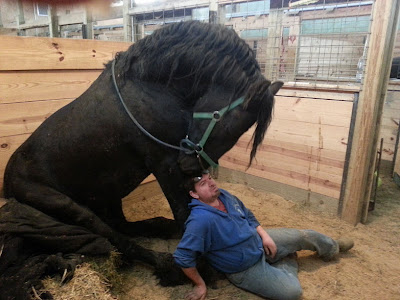 Both boys were brought in and asked to sit together. 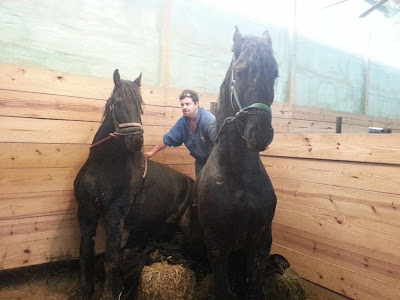 Friesians are so much fun to work with, they want to please making them very easy to train.
We are heading to mom's for dinner, Spark and Rhonda are grilling steak for the birthdays.