We are officially out of food to cook for breakfast tomorrow. The kids suggested instead of going to Walmart for more, we all go to Hazel's. David loves to have their cook to order omelets.
We ended up driving to Walmart anyway for dinner foods. Tonight will be chicken stir fry with all the fixins including pineapple chunks, sugar snow peas, broccoli, cauflouer, carrots, celery, onions, mushrooms, rice, chinese noodles, and soy sauce. We also bought more icecream, cookie dough, one box of cereal, a gallon of milk and French Vanilla cream for the coffee. This week alone we have spent $350.00 on groceries to feed 12 people, still cheaper than taking them all out every meal.
Mom bought 2 new stools for her condo then on the way home wanted to stop and get more shrimp for bait. Just as we were almost home decided to also stop at Souvenir city for postcards to take to Africa. After driving back to the condo we realized the stools were too tall so we loaded them back into the car and mom is now driving back to exchange them for the smaller stools.
Karin called to give me an update on Lily's filly. She text-ed Steven and he told her she is cantering around in the stall, what good news for me, she will be fine! THANK YOU STEVEN for all your hard work. You were determined this filly would live and worked with her all day to make sure she would. Steven emailed me these pictures taken yesterday. She is filling out beautifully. 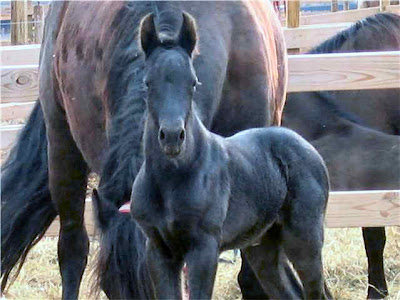 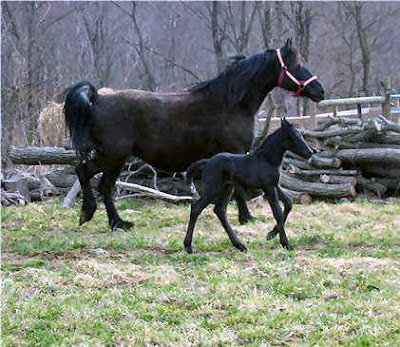 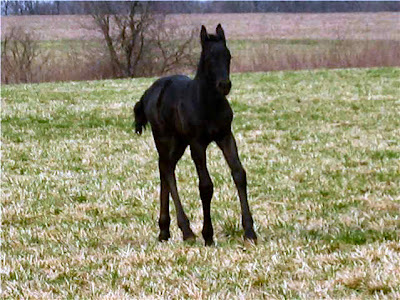 We had a beautiful morning during our devotions the sun was shining brightly and it looked to be a beautiful day but now at 10:30am the clouds have rolled in and I hear the sound of distant thunder. Mark walked to the rec center but took his phone so if needed he can be picked up, otherwise it will be a very wet walk.
The kids all drove to the rec center for pick up volley ball games and before the wind was too strong Addyson and I were sitting on the porch swing watching the storm coming in from the Gulf. It is an awesome sight.
The song this morning that is running through my head is How GREAT Is OUR GOD.
Posted by Judy Sceggel at 10:30 AM