We had a slushy walk today in the mud and melting snow. The snow was beautiful while it lasted but most of it is gone by tonight.  Mark made the right call in not plowing. After the walk I had to run to a couple different stores, Dollar General for some birthday cards and Kroger for a few groceries to replace everything borrowed from mom over the weekend. Mom's house is just about as good as a store. We had the sickness hit the compound. Mark, Karin and Jessica all didn't feel well. Mark came home early and went pretty much right to bed. Karin slept all morning but felt a bit better this afternoon and came over for a short training session with the boys.
We took Valiant out first and what a change from Saturday. Today he was softer and wanting to please. Within a few minutes Karin was satisfied. He would change direction as soon as she asked by whirling on his hind legs. 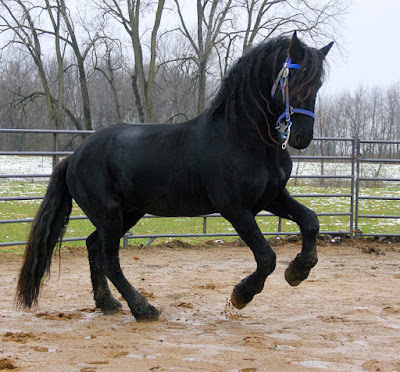 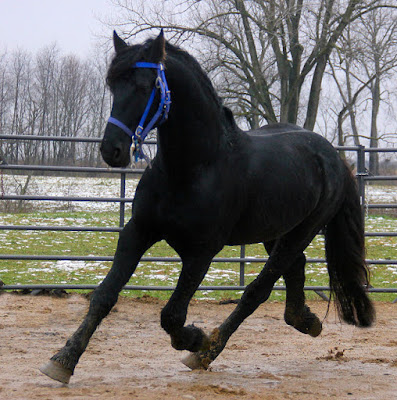 Once the reins were attached he was asked to cross over with his back legs. Today he did this without hesitation. 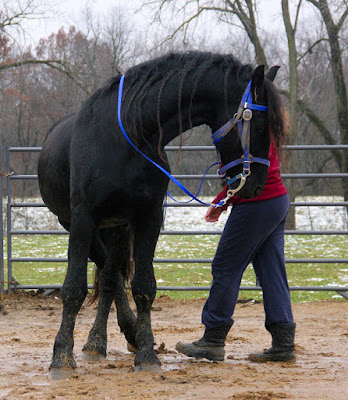 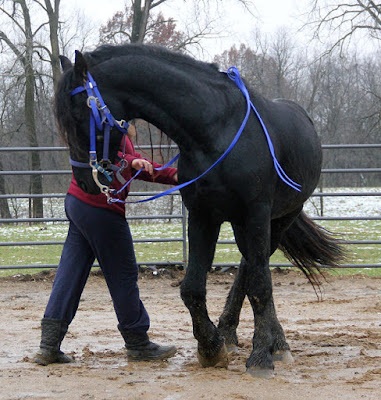 He is responding well to her cues and wants to please her. He did so well that Karin only worked him a few minutes. He was put away and Evan brought out. Evan had an attitude today but I was actually glad to see this. On Saturday he still seemed depressed. Ever since the fight with Valiant Evan has been low key. Well today he was back to his normal naughty self kicking out when asked to move and bucking. He started out by tossing his head then went right up. 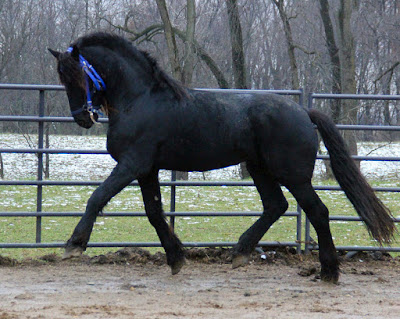 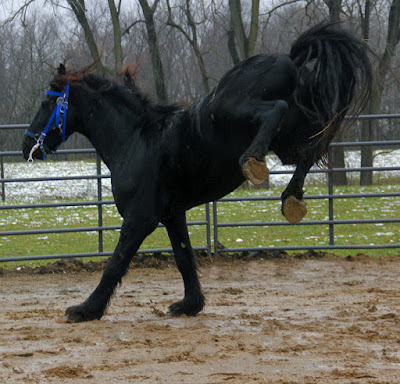 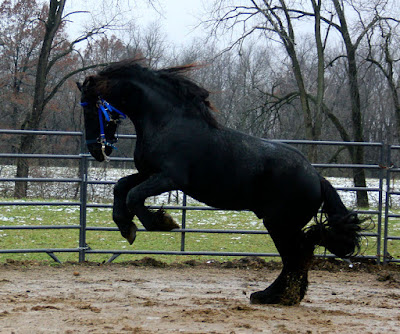 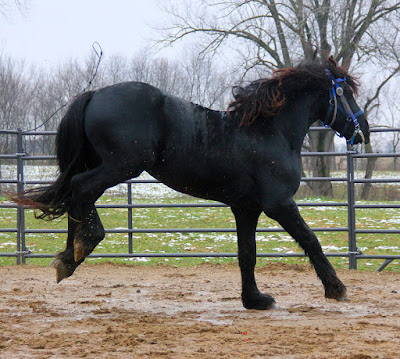 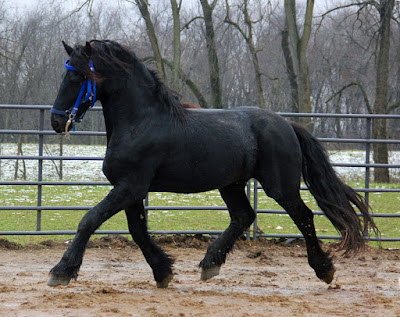 He finally did settle down and worked nice for her. It was nice to see he was feeling good. 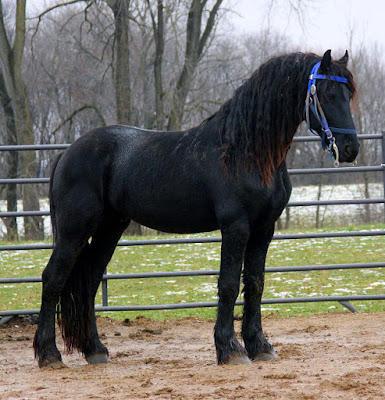 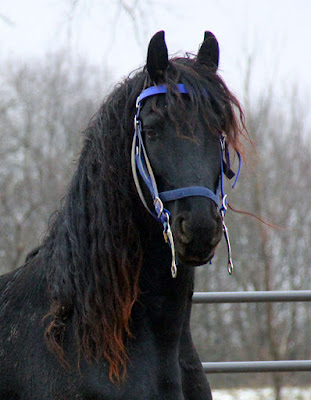 Once Karin had finished with him he was put in a stall so I could move a new round bale in his paddock. After supper Diane was waiting at her office so I could get the Horsemeister check book reconciled. I was two months behind but it only took an hour and a half. As this is the last month of the year I'll have to work on the rest of the books for our tax man Russ Rumbold but it is late and I'm tired so that will be worked on later.
Posted by Judy Sceggel at 9:33 PM