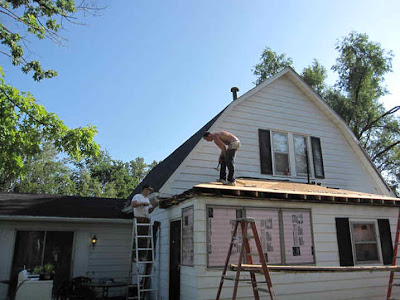 It already is terribly hot and humid, at 8:30am 80 degrees with 88% humidity. Our son David showed up early to work on the farm house porch roof. He and Jay Brenner, Tara's husband are replacing the roof to stop the leaks that develop over the years. The farm house is 140 years old but this section was added later when the original owners finally put in a bathroom, so nice not to have to go outside in the middle of winter into a stinky smelly outhouse. 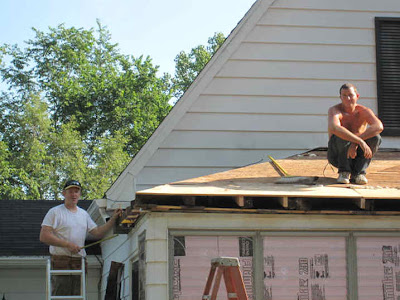 Caden was wormed today with Strongid, we will wait a couple of weeks and worm him again with Ivermectin.
Jenis was brought over to Raven first for her teasing but she is not yet in her foal heat.
Ylse is still in season and covered this morning, although she may be going out, she wasn't quite as interested as yesterday. Both mares and their fillies were fly sprayed down before putting back.
Posted by Judy Sceggel at 9:08 AM