Right after the walk today I got everything ready and drove to the Pekin post office where I was successful in renewing my passport.  Crazy that Peoria post office no longer has this service but Pekin does and was more than willing to do it. They even take the picture right there and send it in priority mail.
Pekin is south of us. As soon as I got home a few things were done and then I headed north to Sam's club then to Stephanie's house to pick up a dozen of her (CHIPPED) cookies for the next guests moving in tomorrow. There are 4 people coming for a wedding in Hanna City so these guests need the entire dozen. The odor of fresh baked cookies wafted through her house tickling the taste buds through smell. Thankfully Israel shared a piece of his cookie so at least I got to taste them. Stephanie creates the most delicious mouth watering treats. Her business is called Chipped, gourmet cookies by Stephanie.
Karin came after her work was done and helped me by working with Evan first. Evan's paddock needed a new bale and that was put in while Karin was working with him in the round pen. 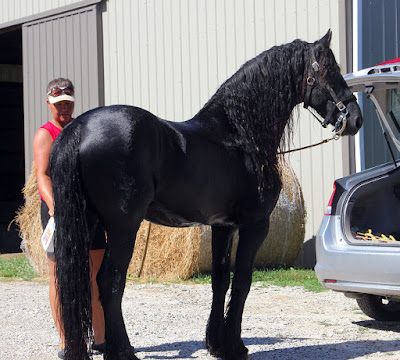 Evan just continues to improve, he is just down right impressive. 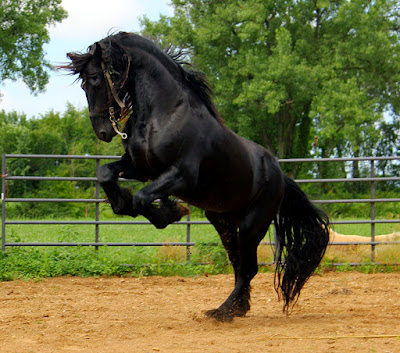 The middle paddock also got another bale. Tatiana is still in her foal heat and was covered this afternoon by Valiant.  Tatiana and her colt are now out with the the other mare and foal pairs in the pond pasture. She is being a very good mother and the colt is having fun checking out the other foals.
Tomorrow I'll try to get some updated pictures of him, he just turned 2 weeks old.
Oksana was the last horse worked today. Karin has been working on Oksana's canter and each day she is getting more balanced. 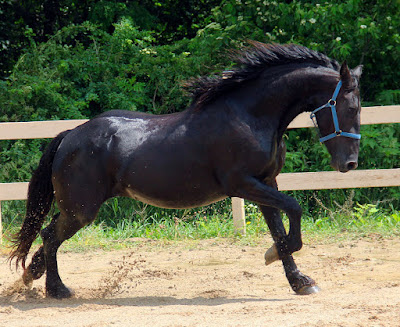 Today Pat Gomes came by to get the paper work to register her new Evan son out of her mare Whisper.  I was telling her we have 1 more mare due, she looked at Oksana and thought it was her. No, Oksana is just a big baroque mare. Indy is due in 4 days but her udder is still not giving us signs of pending delivery. Today Indy and Oksana were turned out into the back field, getting them off the mud. We got MORE than 2 and a half inches of rain during Tuesday night so all the paddocks are muddy.
This afternoon was time to start moving mountains.  Rachel scraped all the sand off the volley ball court on Monday. Karin had 2 loads of sand delivered and put on the volley ball court Monday. Today we needed to move the mountain of sand Rachel took off the court. Joan started working using the skid steer to take some to her beach, some to mom's beach and some to Diane's beach. 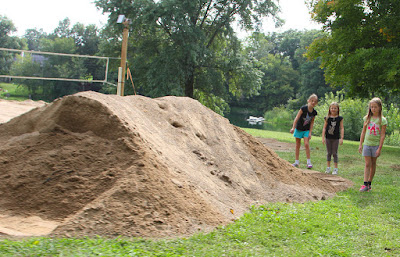 Above is the pile after she had finished her beach and mom's beach. Below she is taking the first bucket load of sand to Diane's beach going through the cabin field to get to the pond. Faith and Berlica were opening gates, Joan had to move some construction material that Mike had left over from putting up the new shed. 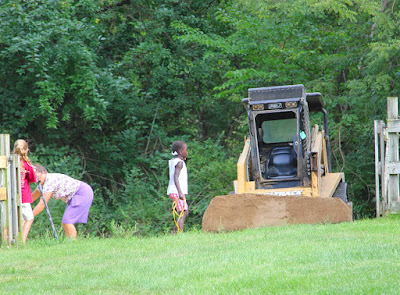 Rhonda's grand daughters helped Berlica and Faith move all the chairs and steps off Diane's beach so Joan could dump the sand. 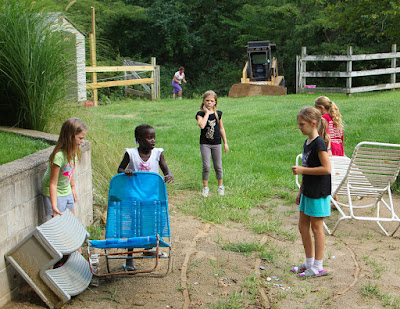 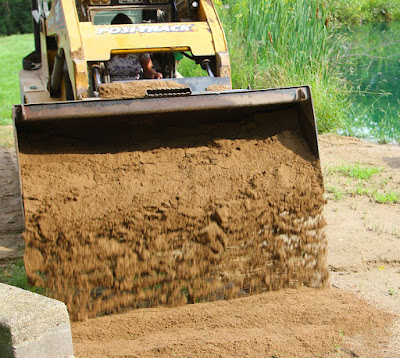 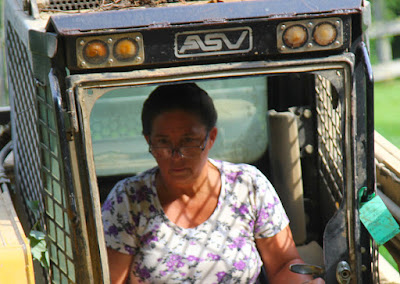 She took 5 or 6 bucket loads to Diane's beach. Below are some of her helpers. 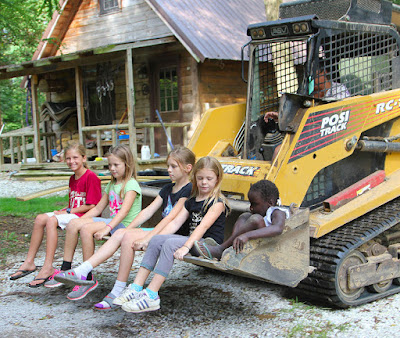 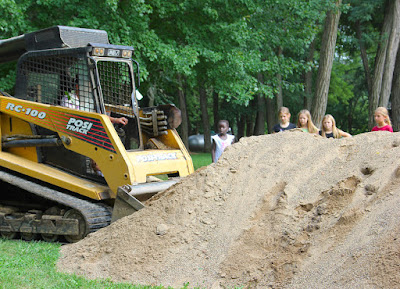 While the girls were waiting to open gates for the skid steer they had to pet Jenis and Cookie. 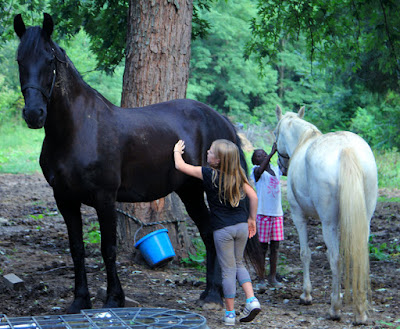 When Diane's beach was finished, Joan worked on mom's yard and I started moving sand into the indoor arena.  When Mark got home he took over that job while I finished mowing our yard. Just as Mark was bringing the last load of Sand Spark arrived on his 4 wheeler needing to borrow the skid steer to move gravel. That machine is such a handy tool out here.  We had a late supper tonight of chicken teriyaki and salad with a slice of toasted raisin bread for dessert.
Posted by Judy Sceggel at 9:47 PM