After the walk I needed to work on the electric fence in Raven's old paddock. The lower strand was torn down and shorting the entire fenceline. That was finished around 9:30 am and the mares turned out again. The next job was to run down to Meisters to deposit a check for mom and pay a couple bills then off to Sam's club for groceries. As soon as the groceries were put away Emily arrived home from her school and we went to work. The first job was to work with Joanna. She needed some round pen reasoning. Her halter came off and she decided she didn't want to be caught. I love this round pen method of working the foals. She caught on quickly that if she stood still, Emily would scratch her and give her all kinds of attention. Emily put on and took off her halter numerous times before ending her education today. 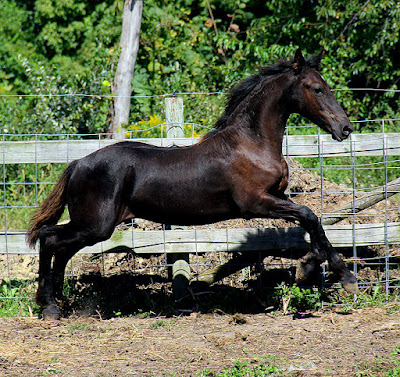 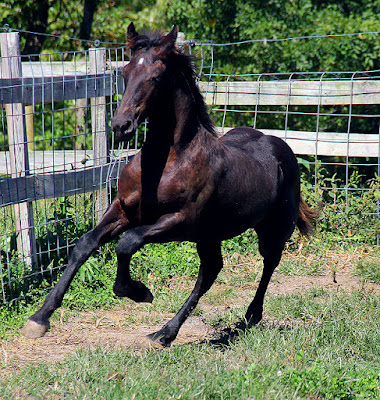 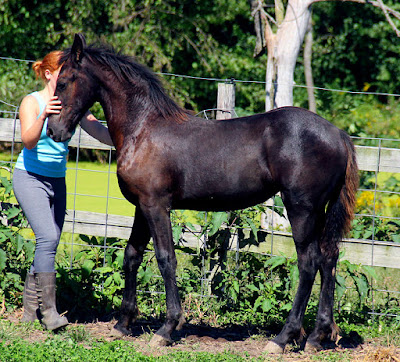 Next Jewel and her filly by Evan were taken into the outdoor arena for a video. I had 2 people ask for a video of her while on vacation. 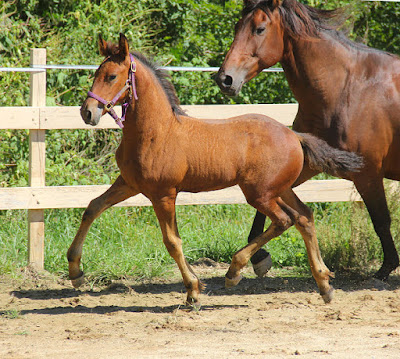 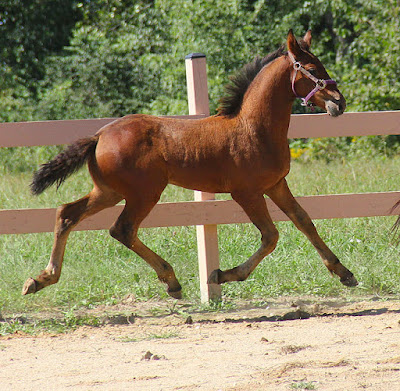 She is such a fancy filly. Her trot is so suspended it is easy to get pictures of all 4 way off the ground. Check out the short video below of her fancy trot.

The lady that is going to buy her will need to name her soon so I can get her registration paper work done and mailed out.  Once these two were put away Sangria and her filly by Valiant were brought into the outdoor arena. 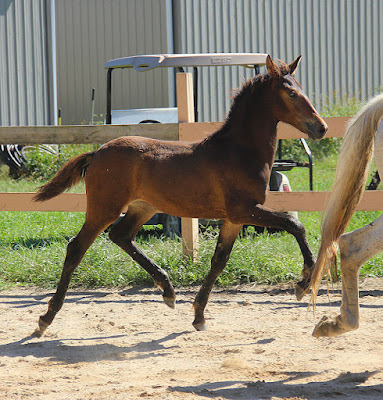 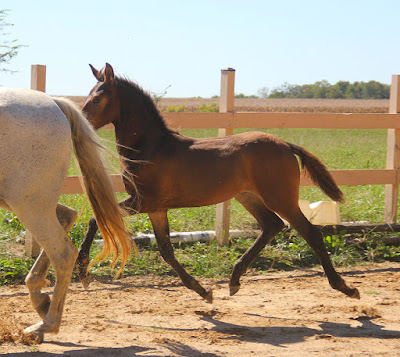 Another fancy mover. Check out her short video.

These two were so easy to video it took just a couple minutes with each filly. They both just seem to show off. The next job on the list to do was to get a water tank out to the field. The mares have an automatic waterer but have to share it with Valiant which they don't like to do if there is a foal by her side. The water tank was taken out of the round pen and filled, then Ribbon brought over to drink. As she was drinking I snapped the picture below of her colt by Valiant for his owner. 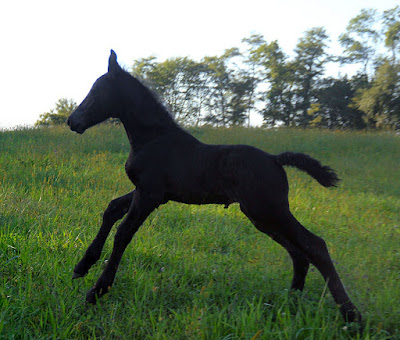 They enjoyed the freedom of the big field. 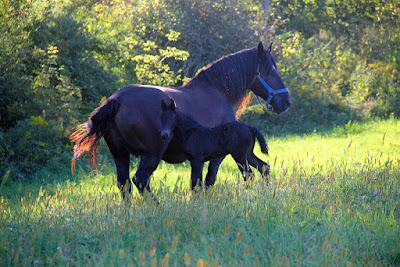 The next job was to go to Diane's office to work on the Horsemeister books. Thankfully she needed her computer so that was put off for a few days. This evening Mark went out to fix the back fence line. Some of the wires had been knocked down by a tractor and we sure don't want the mares getting into the neighbor's corn field. He finished up as the sun was going down. We had grilled chicken kabobs for dinner and made enough to serve tomorrow at Berean.
Posted by Judy Sceggel at 9:11 PM