Tragedy in the Dominican Republic

David and Janella Zimmerman, missionaries at Hospital Lumiere, were vacationing with their family in the Dominican Republic. They were in an accident today. Janella did not survive. David and the children (in unknown condition) are in separate hospitals. Please pray for this family and that friends/family could quickly get to the DR to tend to the children. 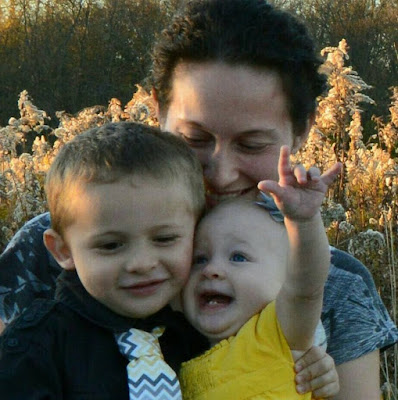 After waking to that awful news, we had a wedding today in Peoria, Brett Hoerr and Alexandra Elsasser. Below is not the wedding picture of the happy couple but a picture taken shortly after they were engaged. 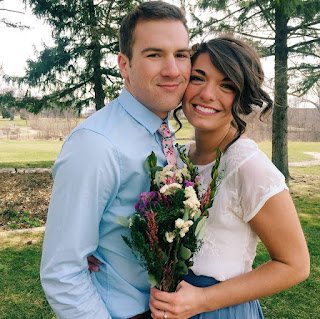 Brett's brother Ryan had the wedding service with Tim Funk marrying them. The wedding was beautiful. After church some of the kids and grandkids came over for the afternoon and evening.  Below Taegan and Braelyn are playing with Sheena's 2 day old filly. 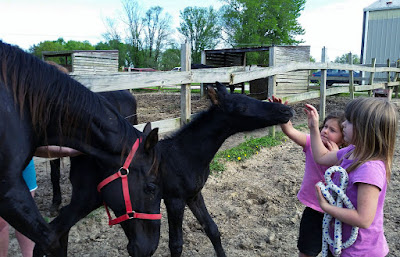 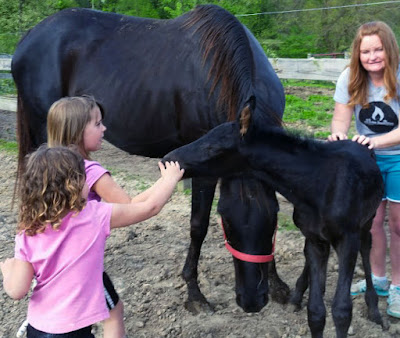 Rhoda gave them a ride on Ella pony 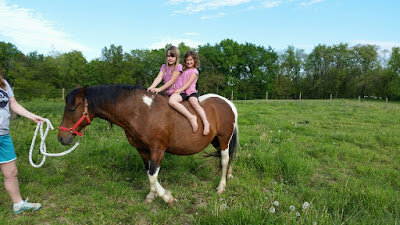 and finished the ride with a bow. 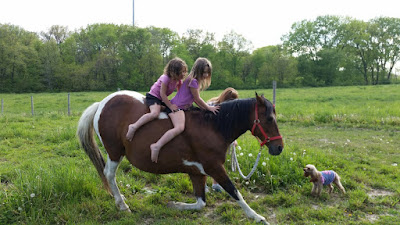 Karin took out 4 horses for a trail ride, Sally, Missy, Oksana and Jenis were the horses used. 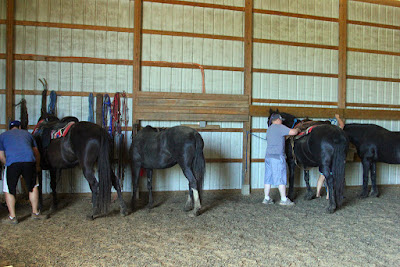 The first ride she took Austin, Kensley, Anna, Taegan, Nolan and Braelyn. The ride with the grandchildren was on the easy loop. 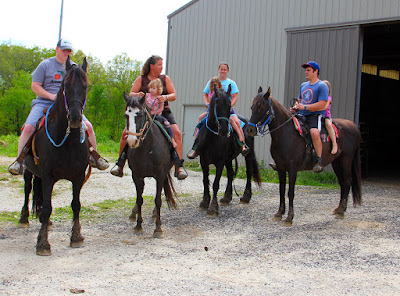 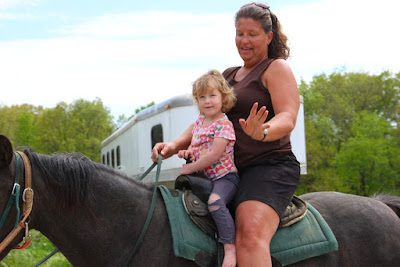 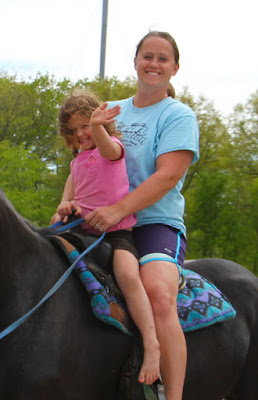 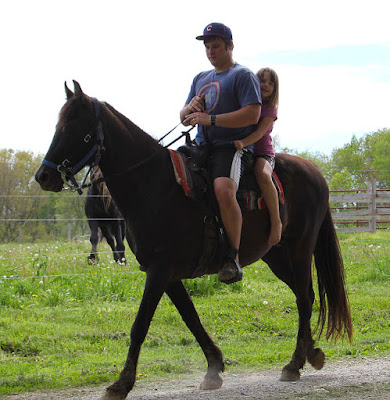 The kids were dropped off at the playground so the adults could go on the 'death trails' and get some galloping in. Kensley is never ready to get off a horse but Philip let her pet Missy after her ride. 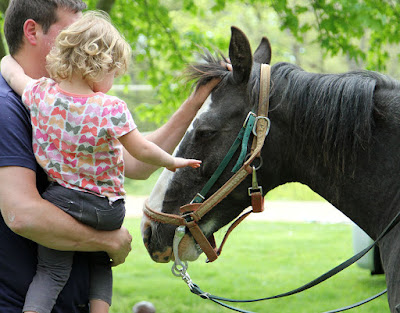 The girls went to play in their fort under the big evergreen trees. This picture was taken on Friday so they are wearing different clothes but all the children that come love to play in this big fort. They have a table on the other side by placing bark on two branches, their  own little table and lots of firewood just in case anyone would let them build a fire. Actually they have a ball using this to place on the real campfire. 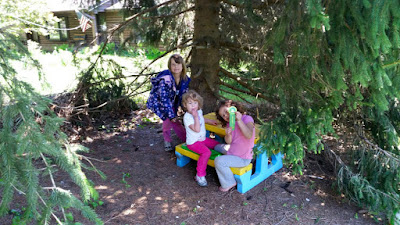 Below Karin is giving the adults instructions on the creek crossings as they head out. 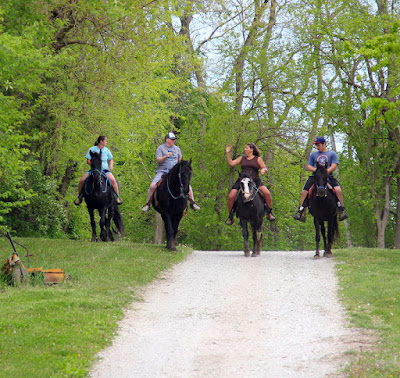 When they reached the fields they all have the opportunity to gallop. Sally loves to gallop and gave Nolan a great ride until she came to the first creek crossing. 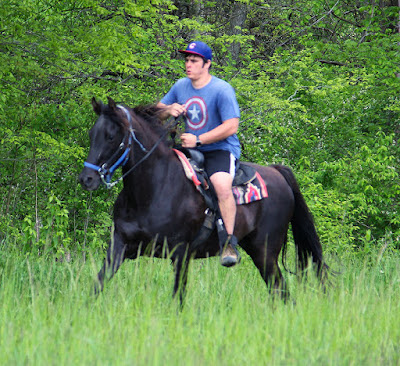 We heard later that she jumped it so huge that Nolan was launched almost 2 feet up off of the saddle but landed perfectly on the saddle and didn't come off the horse. Good thing he would have been very wet getting dumped in a creek. Below is Anna cantering Jenis. 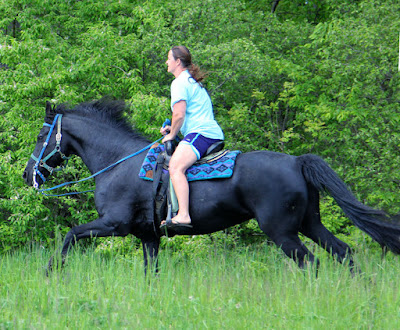 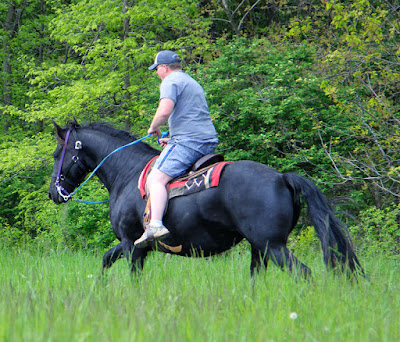 After the ride Karin and Nolan loaded up 5 of the horses and drove them back to Middle Grove. They let Sally, Easter Lilly, Jenis, Oksana and Jewel out and then hiked in to find Foxy and Marika. Marika was needed home for an ultrasound scheduled tomorrow and Foxy needed to come home to be bred to Valiant. 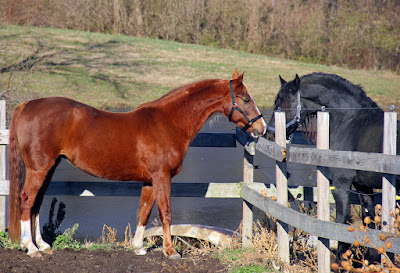 As soon as they got home Karin reported that Foxy is in season. She was teased and sure enough she was showing big. Even though she is a maiden mare she stood well for the cover by Valiant. Praying she conceives on this cycle. Volleyball started at 6:00 pm and a good group arrived to play. We took the golf carts over to watch them games. Below is grandpa Mark driving Kensley around. 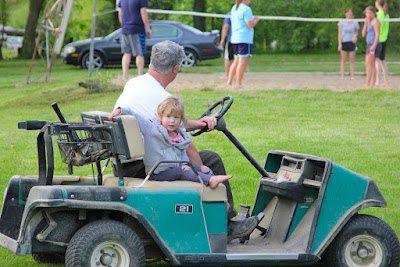 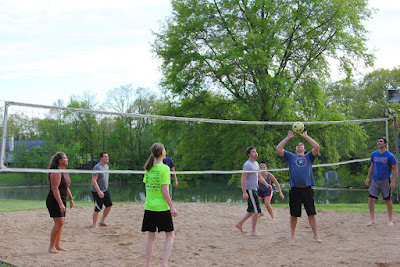 The evening was quite cool and the campfire felt great. Joan stopped in to give us an update on the accident. They are making arrangements to bring Janella's body home to America. David and the children will be flying out tomorrow. Pray they get here, pray for this family. Pray for the children that lost their mother and a husband that lost his wife.
Posted by Judy Sceggel at 1:03 AM