Eliza and her colt were taken out to graze just loose in the field while Ella and her colt were put in the pond pasture so the stalls could be cleaned easily. Ella was just left in the pond pasture for the day, her colt is doing great. I left Eliza grazing and went in to cook breakfast for Mark. That was a mistake, Eliza is now in her foal heat and went over to bother Valiant. Putting her away caused me to be a few minutes late for the walk.
On Wednesday there is no reason to rush to work, I can leave here by 8:30 and still make it in before the other volunteers. We were a little short handed today at the Berean office. Dave AND Cindy had to cancel. Mary and Carol both came and the 3 of us handled the work load just fine.
This afternoon Karin came to get her horse fix. She helped get a few pictures of Eliza's six day old colt by Valiant. 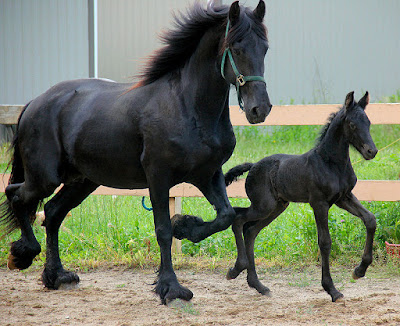 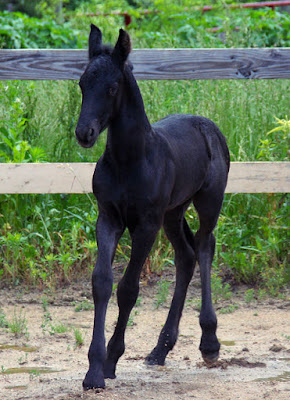 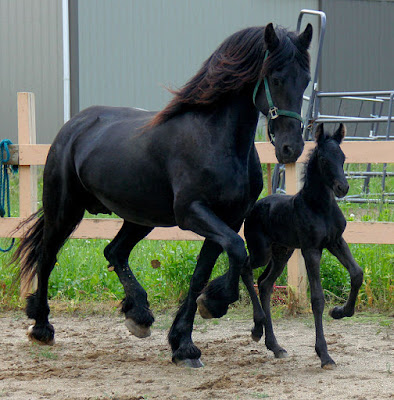 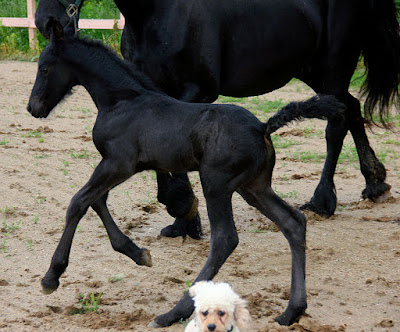 He was so excited about getting out of the stall he was bouncing all over the place.  If you would like to see the rest of the pictures taken of him click HERE.  I would love to leave them out but unfortunately the rain is suppose to start up tonight so he is back in the stall.
Next out was Madiera. Karin wanted to get to know her first and just spent time with her in the round pen. 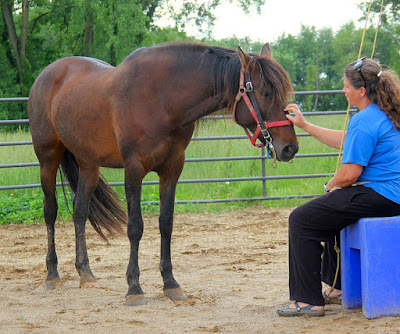 She is a smart mare and moves very well. 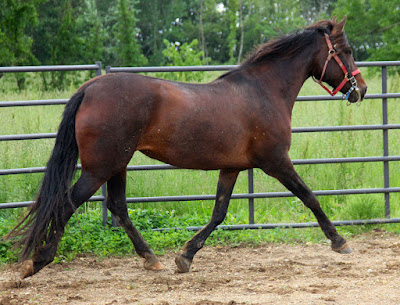 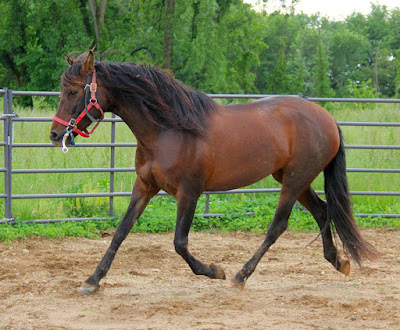 Hopefully she will come in season soon. We will probably breed her to Valiant as we bred Soul to Evan this year.  Karin worked with Valiant and Evan then left for the library. Diane came over this evening to drop off certificates for Berean and mentioned she would like a ride to church. I was shocked that today was Wednesday. I had forgotten and when I came in to tell Mark he too had forgotten. Don't know why but both of us thought it was Tuesday. We had to miss supper to get ready for church in time but made it with time to spare. Tim Roecker had the service. After church we stopped at McDonalds for a late supper. We had quite a group there with me, Mark, Diane, Mom, Joan, Sarah, Faith, Mackenson, Ava, Aubrey and Berlica.