Last night was kind of discouraging but today so far all the reports on Marika and her colt have been good. No fever in either one, the ultrasound was done on Marika's uterus and there is no free floating fluid, she did not need to be flushed. They ran the ultrasound machine over every inch of the colt's body and found nothing for us to worry about. According to the vet he didn't like that and was quite the kicker. It took a few to hold him still but they got the job done. Of course that is what a normal colt would do so I LIKE that report.
Two of mom's puppies left Monday afternoon. The 2 black and white male puppies are now in their new home. 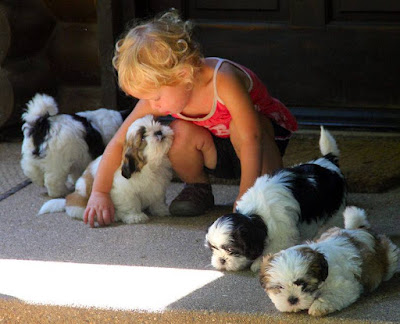 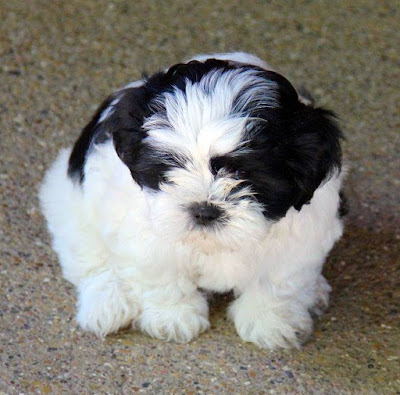 Her morning was much easier with only 2 puppies to take in and out. This morning Molly and the 2 remaining puppies came running into her bedroom early to be let outside. We think mom is doing an amazing job with potty training these puppies at such a young age. Speaking of puppies, Jessica had her puppy outside this morning. This tiny Pug puppy is 8 weeks old. She is less than half the size of Molly's puppies. Jessica said she is adjusting well. She was very playful 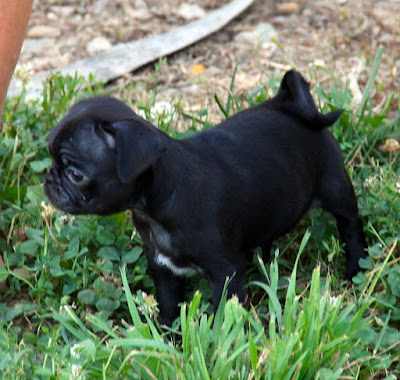 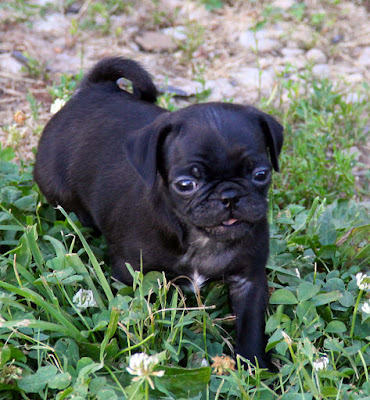 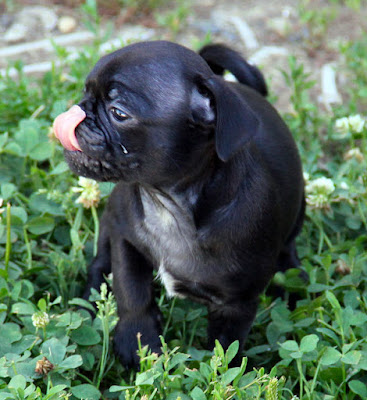 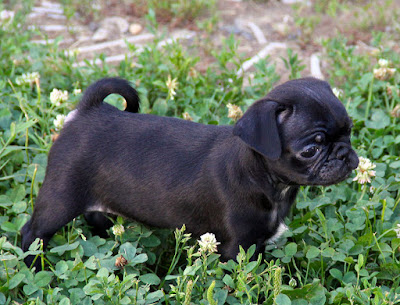 Mom, Ruth and I went to the Berean office this morning and were joined by a big group of volunteers. The morning went amazingly well. To read about it click HERE. We really really need people to help grade the hundreds of studies that come back each week.
When I got home the first job that needed doing was to tease the mares still needing to be covered.  Indy needed teasing but since she was with Sangria and Jewel in the pond pasture and they were not in sight, I just took Patty out and teased. She said no. Nikki's owner is picking her up on Saturday and Patty will be moved over there as soon as she leaves which will help with the teasing. The picture below was actually taken yesterday afternoon. Karin hit a dead animal with her car and she needed to put the bottom back together. Below she is working on the car while her dog Studly watches. 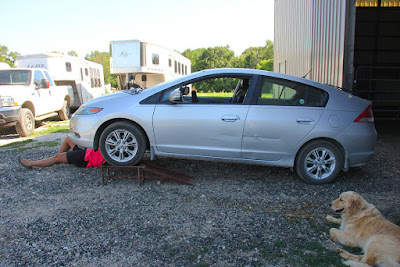 If it seems like this blog is going to the dogs that just might be true today. No one was around to ride or work horses and I was too lazy to get any out for pictures. This evening after supper, one of Rhonda's grand daughters came to the door to explain that we may have a problem, when I looked out  running down the lane were Sangria, Indy and Jewel along with Sangria's filly and Indy's filly. They were called and all came running down our drive to me. Silly mares had discovered the gate to the hay field was open at the trail head in the woods and enjoyed the afternoon grazing. When they got thirsty they came running. They were glad to be let back in and the nursing mothers rushed right over to the waterer. The golf cart was taken over to shut that back gate. Mark spent the evening mowing and as soon as he was finished took his golf cart over to the lake for a swim to cool off and clean all the grass clippings off. He gets covered with grass clippings because the walk behind mower is missing the guard.