The truck and trailer were hooked up after the walk, Cindy and Lily loaded up to take out for the first trip out to Middle Grove. As we were pulling up the gravel drive the herd must have heard the rig and came running to meet us. The picture was snapped as they were lining up to see who was coming. 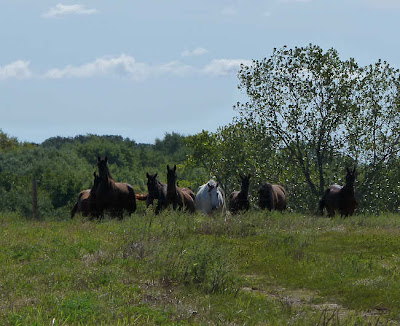 Lily was unloaded first, I was by myself and once Lily was out went to unhook Cindy when she decided she was not going to wait. She pulled the tie bar off the trailer with her. That is so frustrating, it will need work before we can install it again and now there is no way to put in the divider. This is one of the reasons it is very important to teach your young one to tie EARLY, then teach them trailer manners, although it wouldn't have happened if there had been another person helping with the unloading.
Sangria and her filly were actually pretty easy to load, that went so well Indy was put in also for the trip back to the farm. They were unloaded and stalled until we could get them cleaned up for pictures. Steven Marchal came, helped load DaMita, Dalia and Paris then headed back to Middle Grove with me. Once back we brought Sangria's filly out for pictures. She is SO IMPRESSIVE! Remember this filly is ONLY 4 months old. 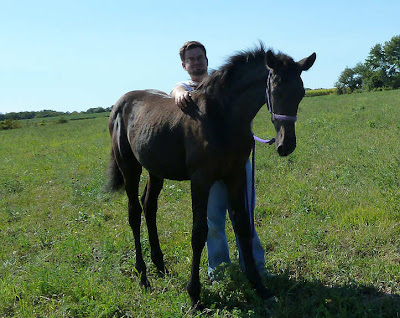 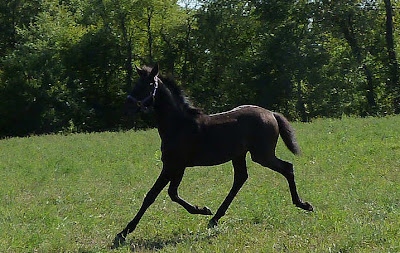 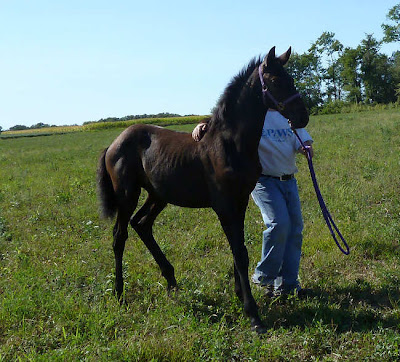 She let us halter her with no problem, stood for grooming and pulling burrs out of her tail, mane and forlock, then stood for pictures. She is such a long legged elegant filly and she has VERY nice movement.
Indy was next to clean the burrs out, what a mop of hair SHE has. We snapped a couple of pictures of her as she was being walked over to the field. She has great ground manners for her young age of ONE! 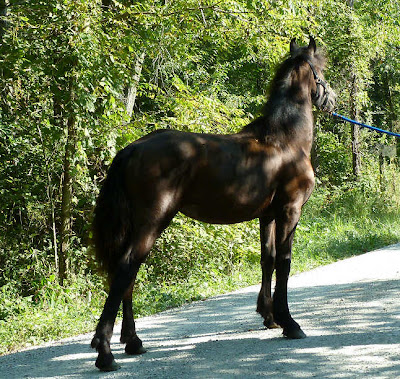 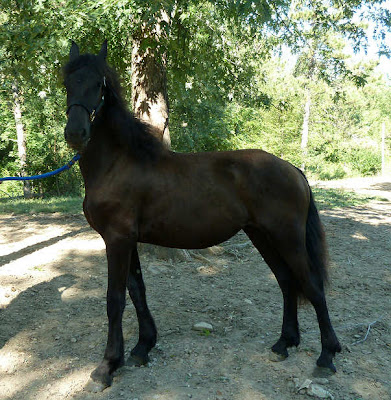 She was waiting patiently by the salt block for Sangria and her filly to finish when this picture was snapped. Steven wormed her with Panacur and we will mark her down. 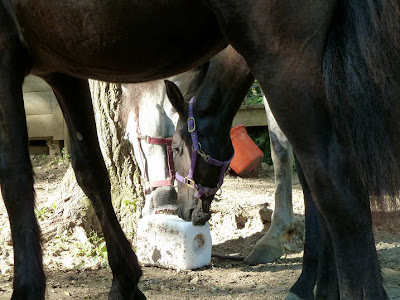 More pictures were taken of both fillies and place on the website. The picture below was taken on our walk this morning before Jozef, Chad and Andrew brought their stuff. 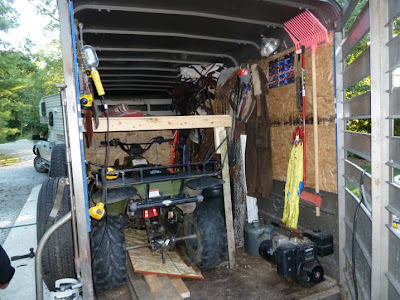 We stopped over at Diane's as the guys were finishing the final loading before heading out for their big elk hunting trip. We marveled at what these guys had loaded. They took 2 horses, a motorcycle and a 4-wheeler, the camper, tack, guns, so much equipment they could stay out in the wilds of Colorado for months.
Below Mike is showing us the horse-cam he had mounted in the trailer so they could watch the horses on the trip. That is something we will use for shipping, what a neat tool. 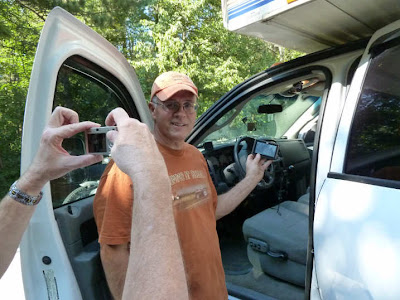 Below is the entire rig, before they loaded up to head out, sure hope they get an elk, we heard elk steaks are delicious. 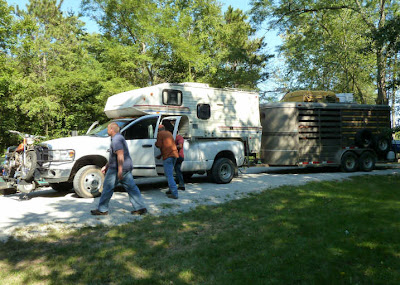 The guys posed for a picture before loading up. Left to right is Mike, Andrew, Jozef and Chad. 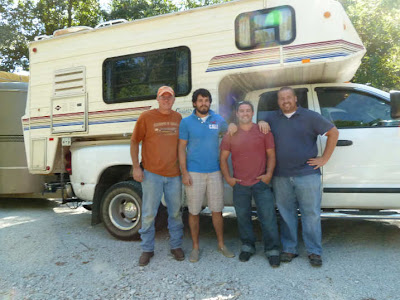 We had a visitor for family night tonight, Jeff from Goodfield, talked about Paul a man on a mission. It was good!
Posted by Judy Sceggel at 9:18 PM