Beth taught us how to make pecan encrusted whiting fillets for dinner that was absolutely the BEST fish EVER! Below are the fillets first browned in a bit of butter on both sides, then topped with pecans that had been toasted in butter, then topped with some very finely shredded cheese. They were put in the oven at 350 for 5 minutes. 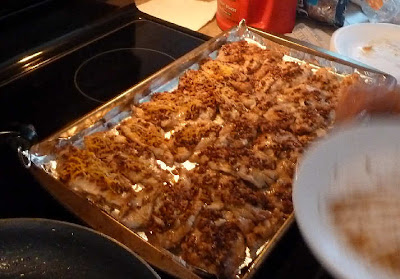 we finished out the dinner by steaming mixed vegetables and seasoning them with a bit of butter and salt, and fantastic crab claws from Bahama Bob's. 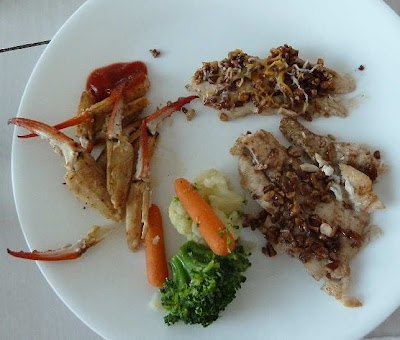 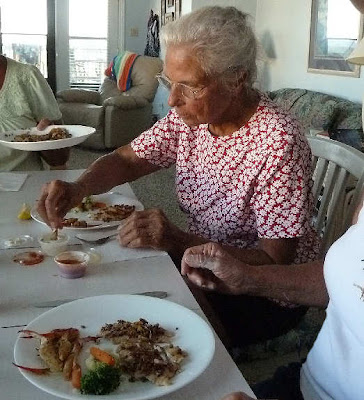 It didn't take long to finish off the plates. 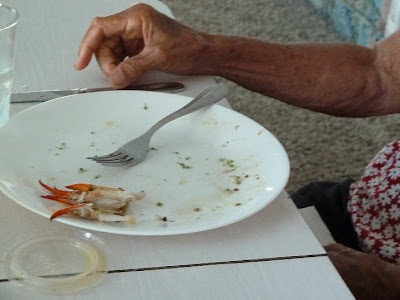 After dinner mom decided it was time to get rid of the leftovers from the last 2 days by feeding the seagulls. 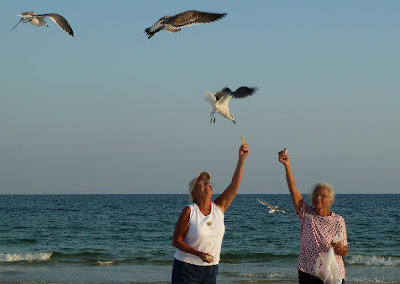 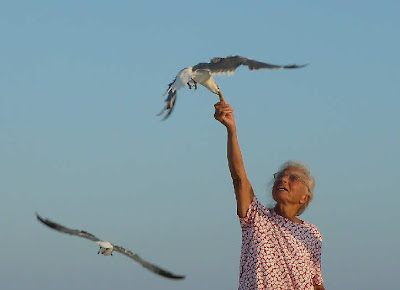 It seemed like thousands of seagulls were flying around snatching the food from their hands.
Beth decided to bring out all the fish carcasses from her earlier fish cleaning job. 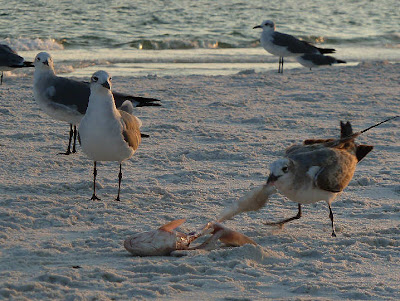 It was funny watching the gulls fight over these carcasses. Who would think dead skinned fish bodies would be so popular. 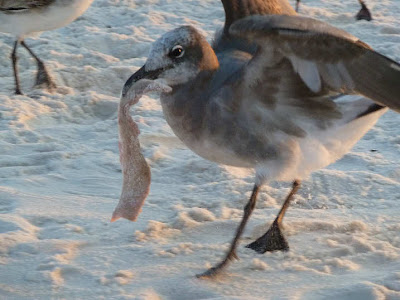 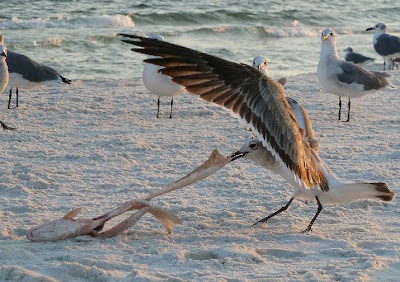 She took the bigger fish skeletons out to the gulf, dumped and cleaned out the bucket with many many admirers all flying around. 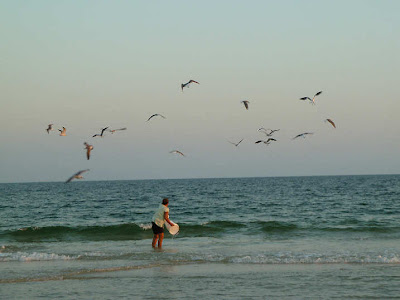 We sat on the beach watching the sunset visiting, then headed in for our dessert, ICE CREAM!
Posted by Judy Sceggel at 7:18 PM