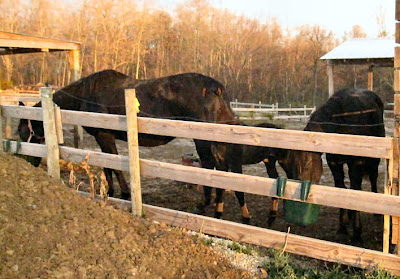 At the feeding this morning both of Izadora's boys by Raven were sharing a grain bucket. Nice to see siblings getting along. The 2010 colt would go from bucket to bucket expecting to both his mama and his brother to move and let him get a bite. What was funny is that they BOTH did. 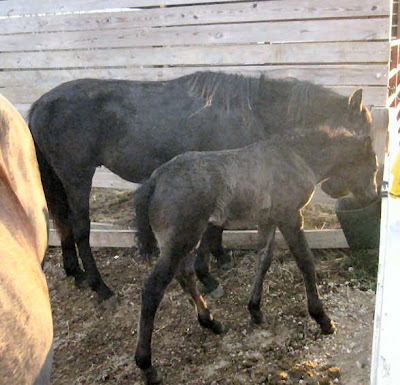 The trip to O'Hare started around 8:30am, the trip was easy, no traffic to speak of. The airport was reached at 11:21 and instead of finding a gas station or resturant to wait for Phil and Anna's plane to land I just parked in the day lot and watched the tram go round and round. 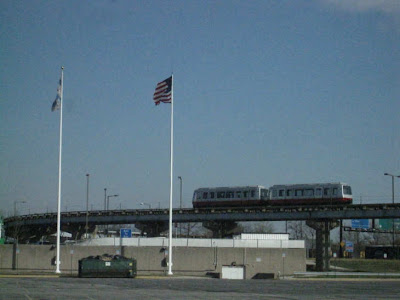 Their plane was due at 11:38 which would make the charge only $2.00. Phil called just a little after noon so it was off to their terminal. The van was in perfect position, in the perfect spot knowing the kids were walking out with their suitcases and one of the airport authority guys insisted it MUST be moved. So one more trip around the airport loop, park in the exact same place and load up. Phil and Anna along with the other couple we were taking back had been up for 26 hours, no stopping, they all just wanted to go HOME. The other couple lived in Germantown Hills so they were dropped off first, then Phil and Anna. They had some amazing experiences in Israel. Can't wait to see their pictures.
Karin has been hired to give a vaulting clinic in Mundelein, IL. She charges 50cents a mile and $100.00 an hour. The group is hiring her for December 27th, from 1:00pm to 4:00pm.
Posted by Judy Sceggel at 9:08 PM