Last night after moving a bunch of bales out of the barn to get ready for the new bales coming in I worked on the pictures of our Dallas trip. The quick 4 day trip mom, Karin and I took to see Ben and Taunya's new baby boy. 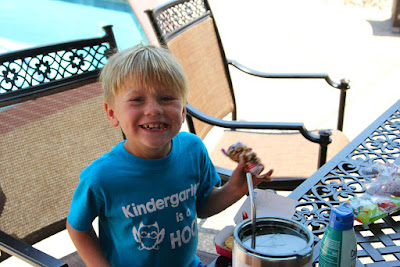 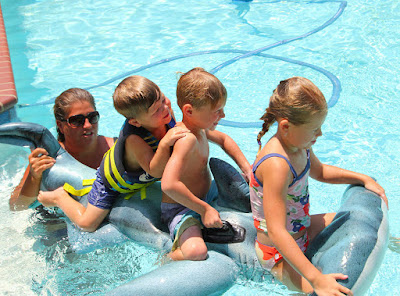 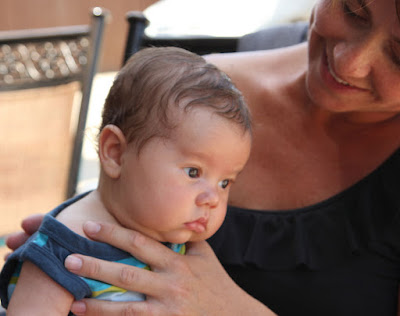 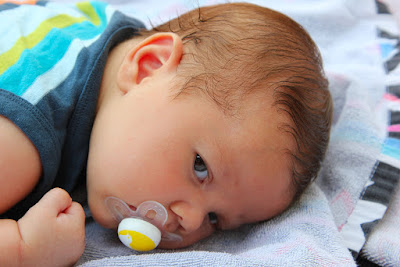 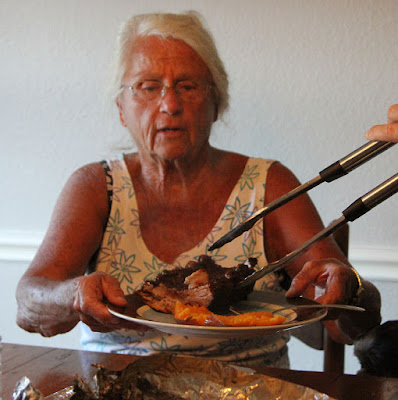 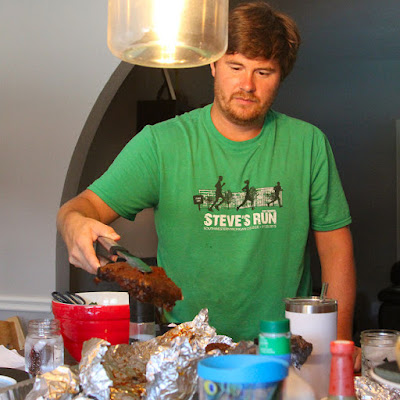 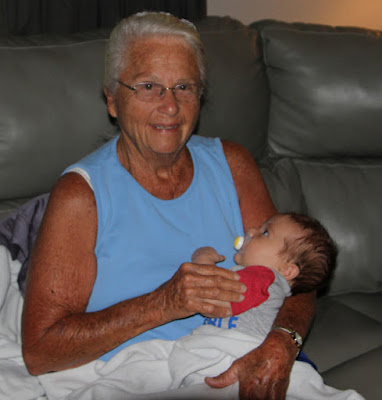 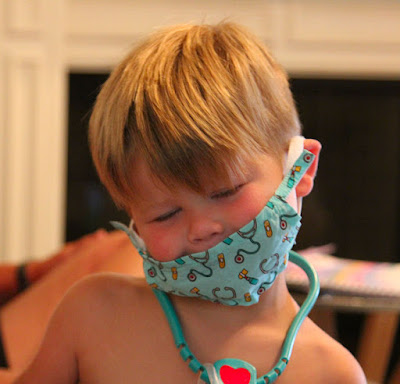 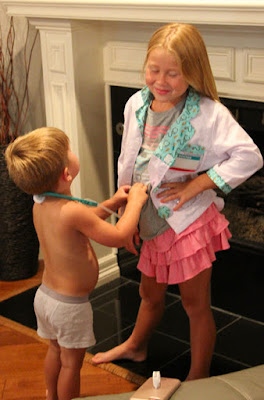 We had such a fun time. If interested in seeing the rest of  the pictures click HERE. Mark and I worked until dark and didn't quite finish. Ryan the farmer is coming this evening with 24 bales and is going to trade out the bales from last year that were more stemmy than our very spoiled horses would eat. Sally and Eli were put outside in the pond pasture for the first time since Eli was orphaned. Sally is acting like a new mother working hard to keep Eli away from any horses. We have 2 outside mares here right now and Sally is just sure they are carrying germs. She doesn't want either of them anywhere near 'her' baby.  Jazz was teased and is now out of season. Her owner is picking her up this afternoon. Whisper was suppose to be ready to breed yesterday but she did not show at all. Hopefully she will be ready to be covered soon. She is here for Evan where Jazz was here for Valiant.
The next foal due for us is an Evan baby. Rosaleigh was bred to Evan last year. Obviously we are going for the hair gene. 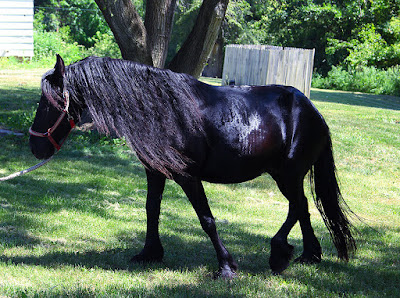 Above is very pregnant Rosaleigh and below is the sire of the coming foal Evan. 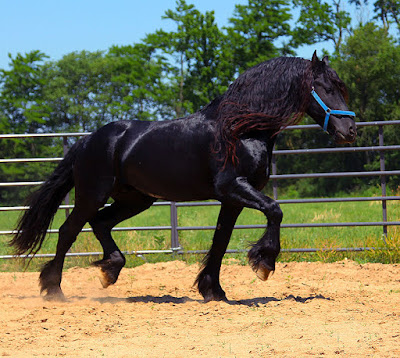 Rosaleigh was put in a stall for the night. Her milk is still not testing high calcium but I don't want to take a chance on a first time mother. Sometimes Friesians will reject their foal if they are not confined. If they are confined in a stall they can't walk away before they sniff the foal and once they sniff, then lick the foal all is good.  She will be put out in a few minutes.
I also worked on a few of the pictures taken Sunday afternoon. We had a big group for volley ball, lots of children playing on the playground, picking mulberries and making mulberry/sand soup. 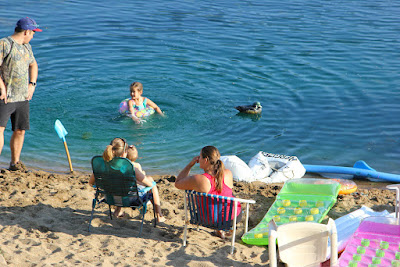 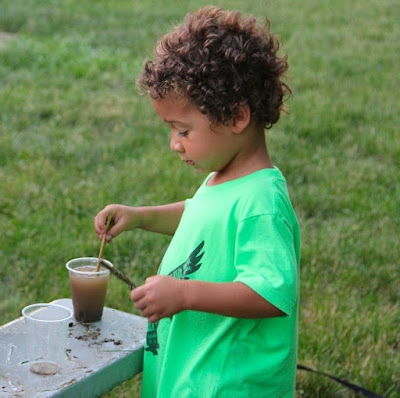 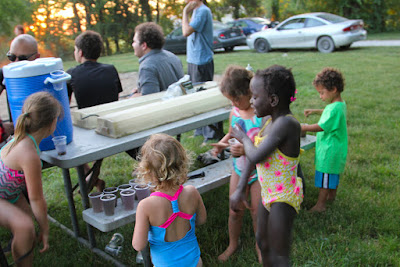 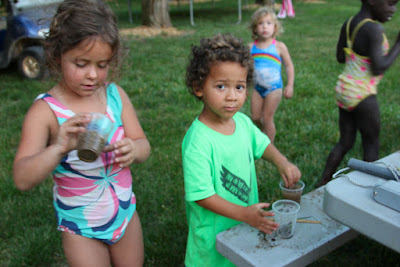 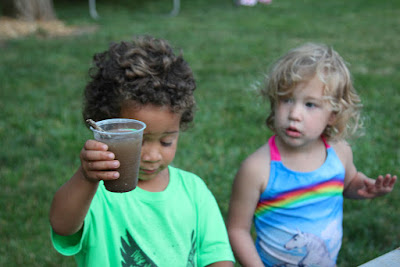 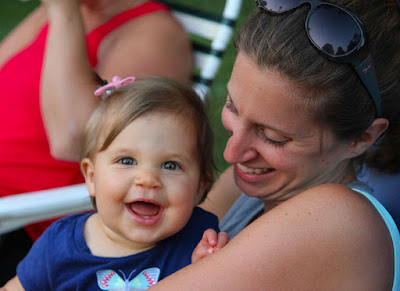 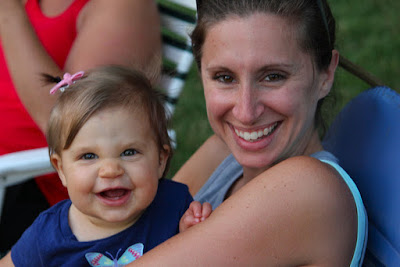 A few pictures came in from the lady that owns Ella's first foal, she is by Evan and they are having a ball with her. Didn't she turn out beautiful! 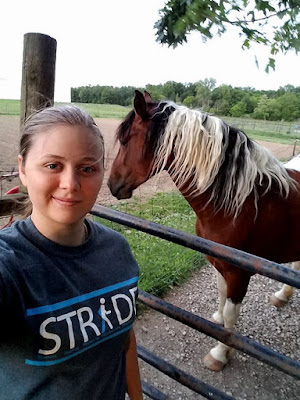 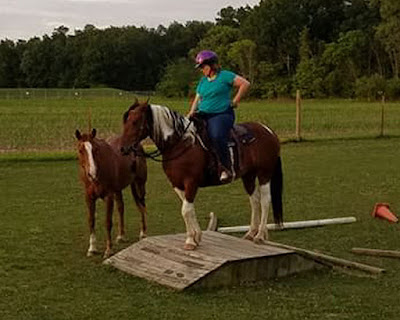