Joan and Ruth helped load Jewel and Zalena up for their trip to Dr. Hoerr's for ultrasounds. Jewel was pronounced pregnant. Zalena is open but had just ovulated so will not be bred for a while. As soon as we were home Karin took Kami and Nina out on the 'death trails. 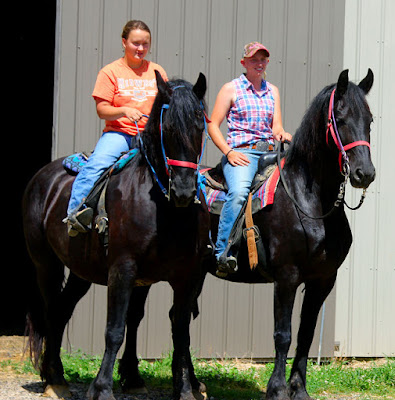 Horses used were Zalena, Ayanna and Jenis. This was the first time that Zalena's colt has ever gone on a trail ride. He actually led during some of it. 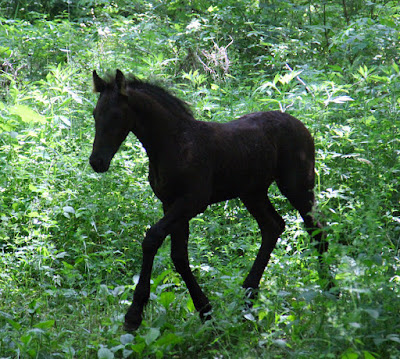 He even did the creek crossings with no problem. 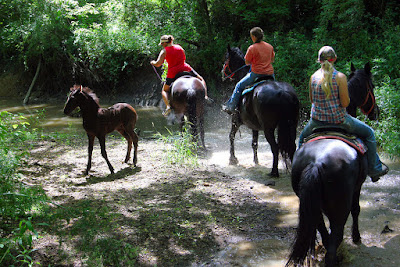 To see the rest of the trail ride pictures click Here. They barely made it back in time to enjoy mom's lunch and no one wanted to miss that. She served chicken paprika along with home grown lettuce salad, glazed carrots, rice, rolls and for dessert banana cream pie.
Rhoda arrived and took Jewel out by herself. Jewel did amazing on the trails and in the arena. 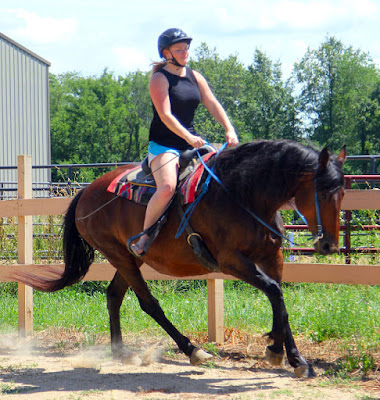 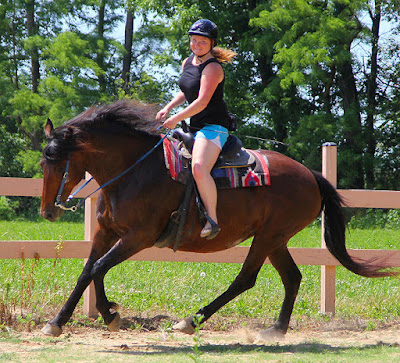 As Rhoda had time we took Rosaleigh and her 3 day old colt by Evan out of the stall for the very first time. 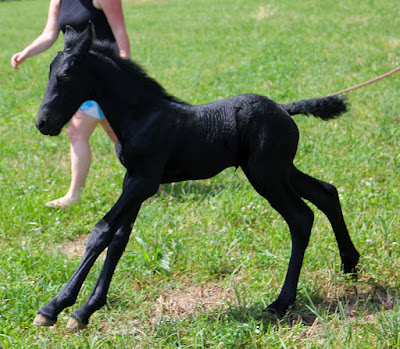 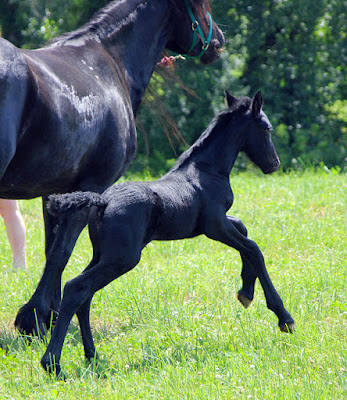 He ran around having fun then decided he was tired and flopped down almost on Rhoda's lap. This colt loves people. 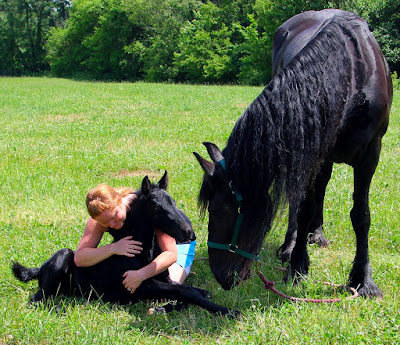 If you would like to see the rest of those pictures click HERE.
We needed to be at Expo Gardens by 5:00 pm and still had to stop to pick up hot dogs, buns and ice so Karin and I left just before 4:00 pm. The evening went very well even though it was hot and humid. Marty Langhoffer taught kids how to rope first, then his son Craig gave us a bull whip demonstration. 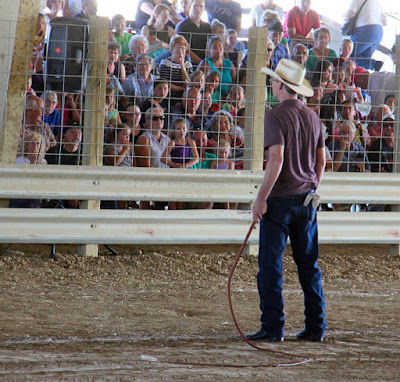 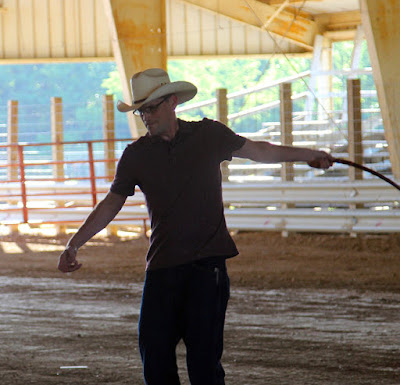 Next was Evan's turn. Evan wasn't too happy and it was so terribly hot that instead of letting Evan gallop around free, Emily just rode him a bit. 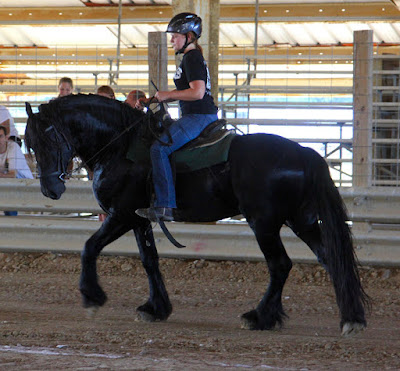 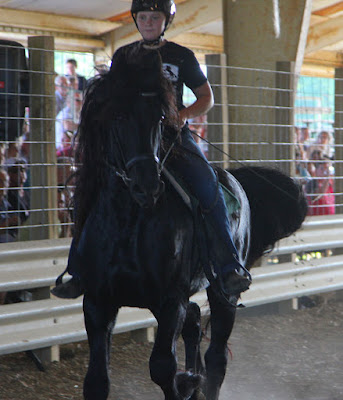 Finally the much anticipated show of the evening started. Lew and his handsome horse Handsome put on a great show. 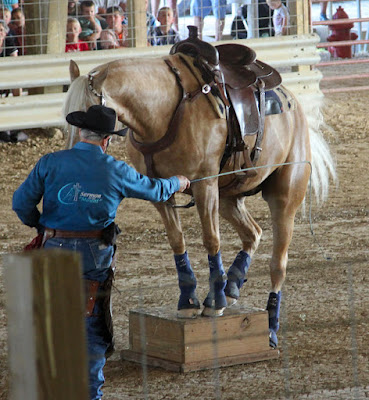 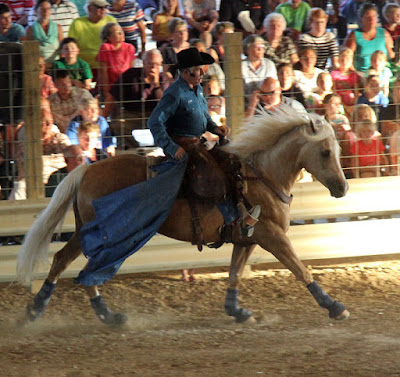 He took an untrained mostly untouched 10 year old mustang mare and by the end of the evening had Kami, his helper riding her.  To see the pictures of that click HERE.
When the show was over kids and adults lined up for cotton candy. Rachel Sauder was kind enough to start that machine back up and make it. Karin, Marie and I cleaned up our area, stuffed everything in the car and finally headed home with the air conditioner on full blast. It was late by the time the horses were finally fed and let out but at least the weather had turned a bit cooler. Of course by this time it was almost 10:00 pm.  WHAT A DAY!