Whisper didn't need to be teased today, she was obviously in doing the teasing to Evan. She was pulled out and covered this morning. Karin, Mark and I went to work on the arena's today. Mark moved all the hay bales to the side then Karin watered and raked the indoor. The round pen was raked and stones picked up then Karin pulled Valiant out. It was so hot that Valiant was sprayed off before and after his workout. 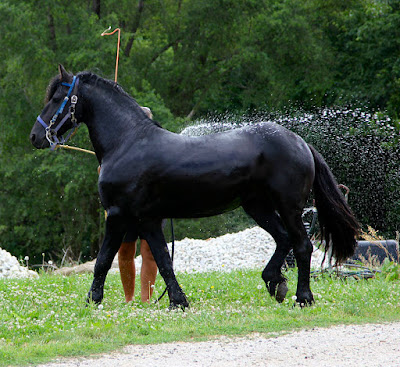 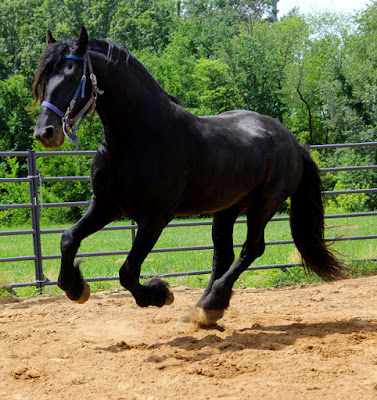 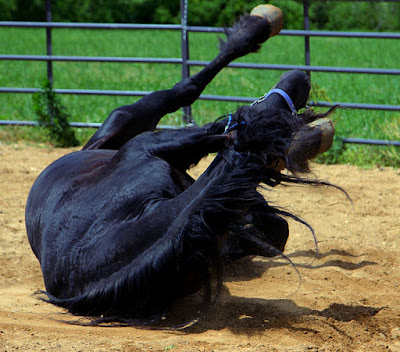 Valiant was well behaved. Karin finished the training with allowing him to lay down and roll then sit up. He was sprayed down again with the hose then fly sprayed before going back into his paddock. 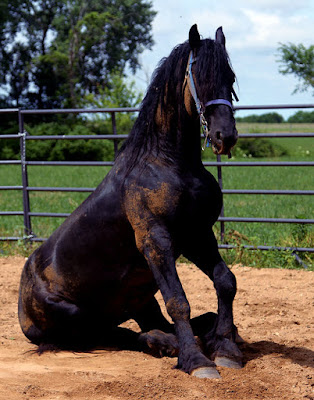 Next Mark and I put the road grader on the tractor to start work on the outdoor. The weeds come up so quickly in that arena that the 4 wheeler needs a bit of help to pull them out. Mark graded, Karin raked and I pulled weeds. 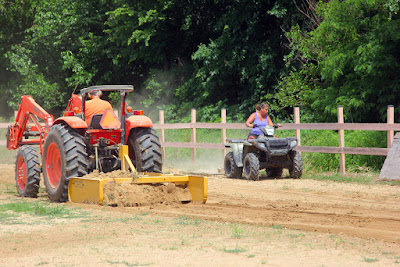 By the time we finished it was after lunch and not only were we hungry we were hot. Mike took Jewel and a bunch of saddles out to Middle Grove for the scheduled trail ride there. Horses used were Mika, Bunni, Oksana, Missy, Cookie and Jewel. Spark took the 2 pictures below, probably from his jeep. Riders were Mike on Mika, Lew Sterrett riding Jewel, Kami riding Missy, Nina riding Cookie, Marty riding Bunni and Marty's guest riding Oksana. 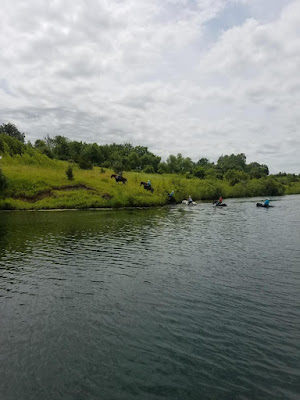 Above is at the lake crossing and below is Dr. Marty Langhoffer riding Bunni. 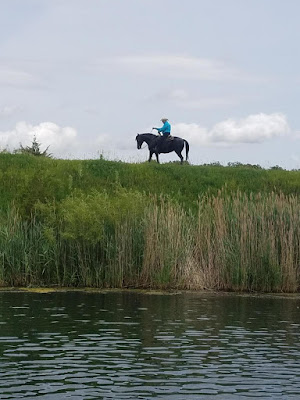 Below is a little closer look at the lake crossing 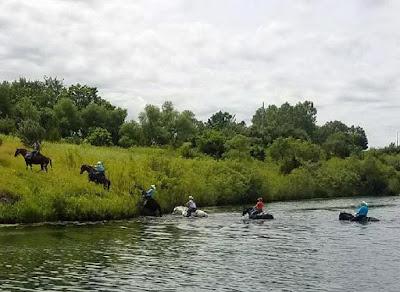 All had a good time. Emily took Ayanna and Jenis to a show today. Both mares did great, Jenis won a trophy and Emily came home with lots of ribbons. They didn't arrive back here until dark. Rosaleigh and her colt were left inside tonight. We are having strong storms and there is a flash flood warning out. Rhonda hosted a dinner for the out of town guests. Mark and I went over after dinner to visit then came back to crash. We are all tired from yesterday's fun and today's work.
One update came in from the man that bought Ayanna and Sheena's 2016 colts. He sent the pictures below: 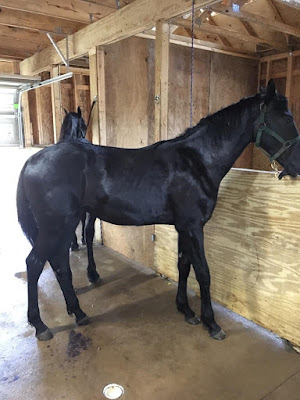 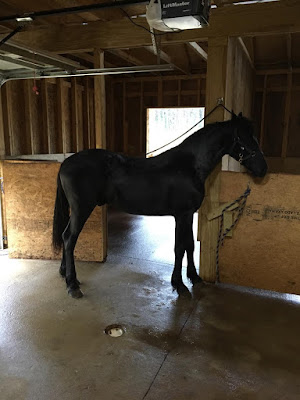