Steven met me at Bridlewood where he dropped of Chloe and already had Dakota and Duke loaded up. Once at the farm we were waiting for Mark so decided to get some pictures of the foals. The kids were just taken out of their paddock and posed but what we didn't realize is how dark the picture will turn out in the shade especially taking black horses. First we brought out Caden. He was pretty well behaved and curious about what we were doing. 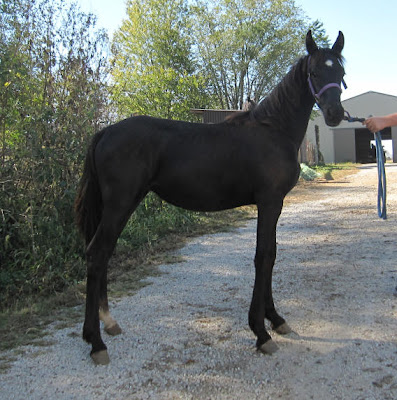 Next we pulled out Walker Sally's filly and she was not as behaved as she should have been but what was interesting about her as soon as she thought she was tied we could do anything we wanted to her. 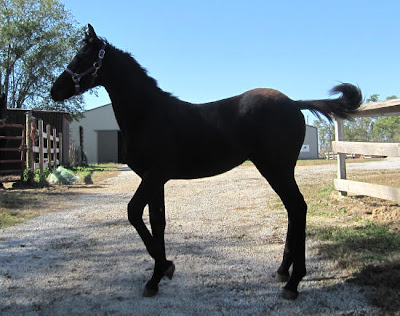 And then it was Ayanna's turn. Even though she is not for sale, I still wanted some updated pictures for her baby book. 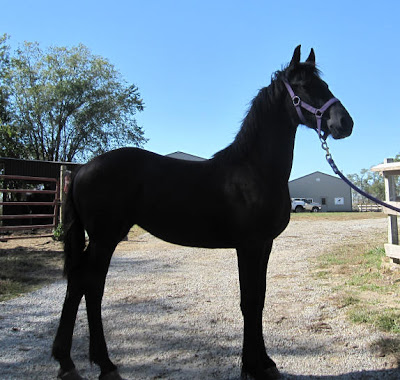 We finally got smart and took this picture of Aragon in the bright sunlight. 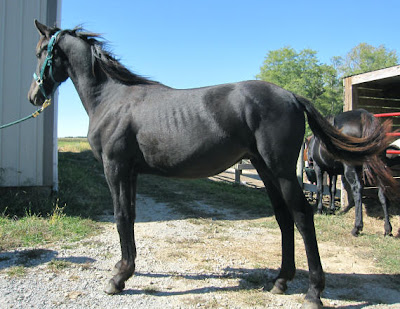 Below is a head shot of Aragon. 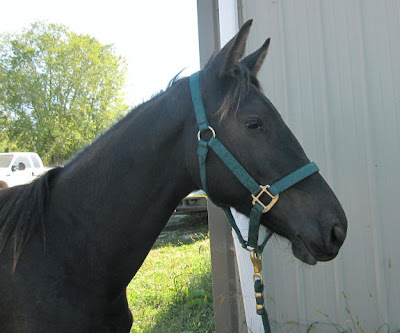 Mark showed up so the dump trailer was hooked up to Steven's truck where the first load couldn't be dumped. The battery needed charging so Steven dropped off the trailer, Mark started charging it, then started cleaning out the paddocks while Steven and I took Duke and Bunni to the Old School Center in Farmington, IL for the Spoon River Drive.
Mark thought the battery was charged up enough by the time we got back so one load was dumped. 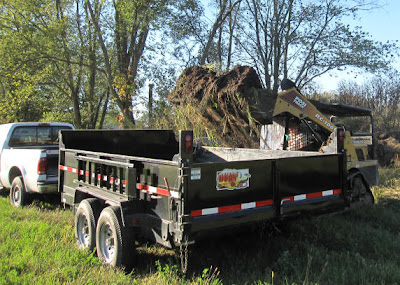 Mike saw us working and brought the Yanmar over to start cleaning shelters so Mark could finish the paddocks. 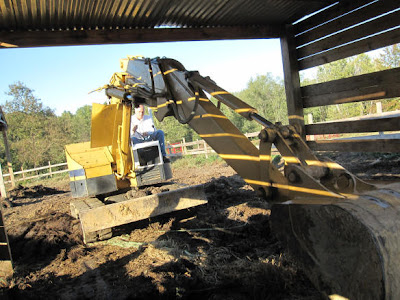 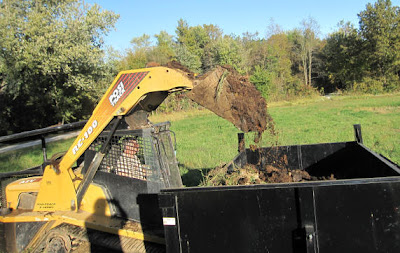 But the battery just wasn't charged enough so back to the charger went the trailer.
I headed home, while Mark didn't want to lose daylight on this wonderfully warm sunny day and kept working.
Posted by Judy Sceggel at 6:17 PM