We walked today, this is the first time in months. It was 17 degrees this morning but not icy. The golf cart was taken to the meeting place then left there as I forgot and walked home. I'll have to pick it up tomorrow.
After our walk Diane, Mike and I made the decision to start hauling horses to Middle Grove. The horses there have been moved to the north pasture and there is so much grass they are not eating on the hay bales out there but spread out grazing.
Finally this morning Sissy would stand for Valiant. She was always so worried about her filly she wouldn't allow any of the boys any where near her or her filly. After we got her covered Rhoda and I took the first load out.  Lily and her colt rode in the front of the stock trailer while Star and her filly rode in the back section of the stock trailer. Both of these mares are now out of season so we have about 3 weeks to let them join up with the herd before bringing them home for ultrasounds. When we arrived we checked over the herd and brought 2 mares home. Holly is due in a month and Emma has lost weight and needs to be grained.
Karin and Bethany had a canter vaulting practice scheduled at 4:00 pm so we decided to take the next load out after that practice. Below are a few pictures of that, the rest were placed on the Horsemeister Facebook page. 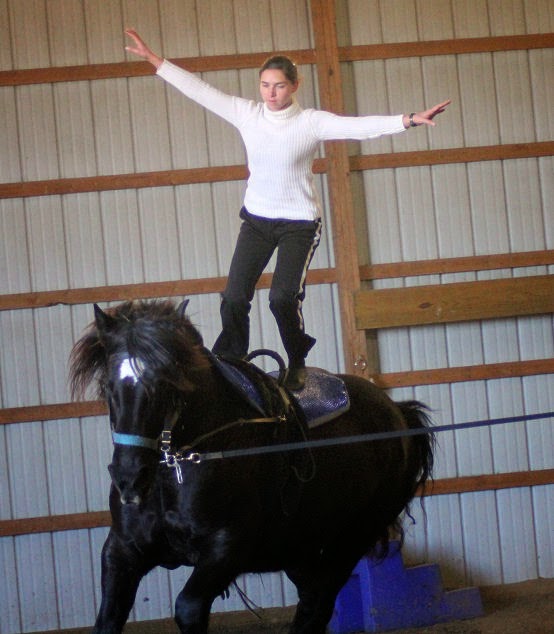 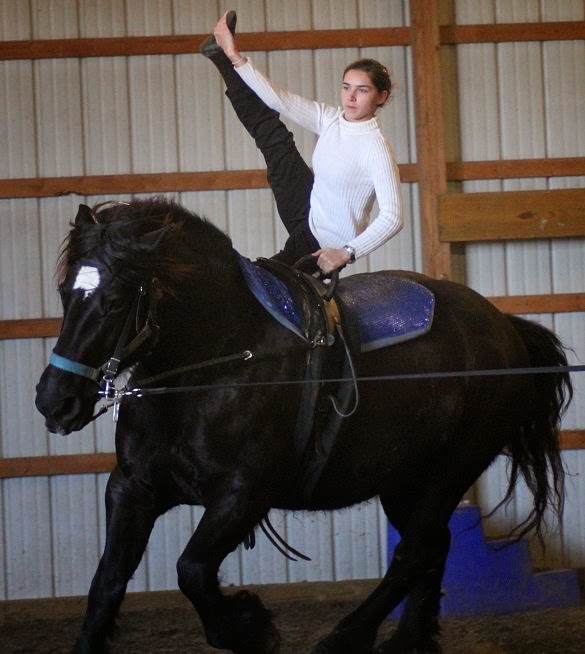 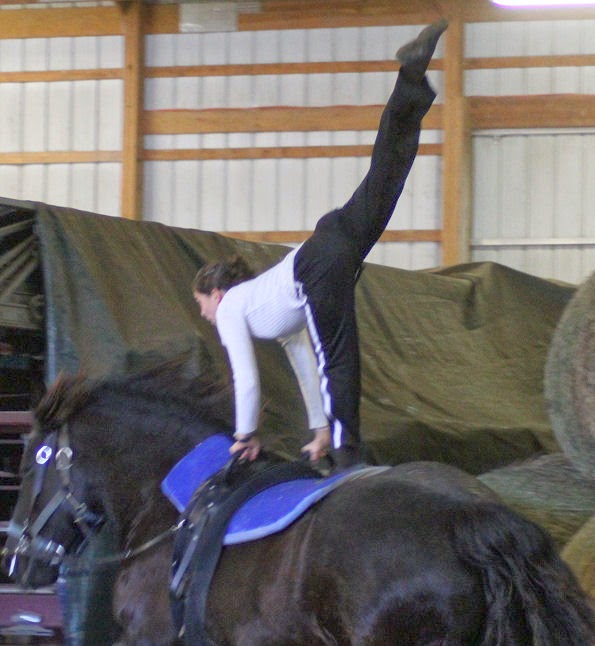 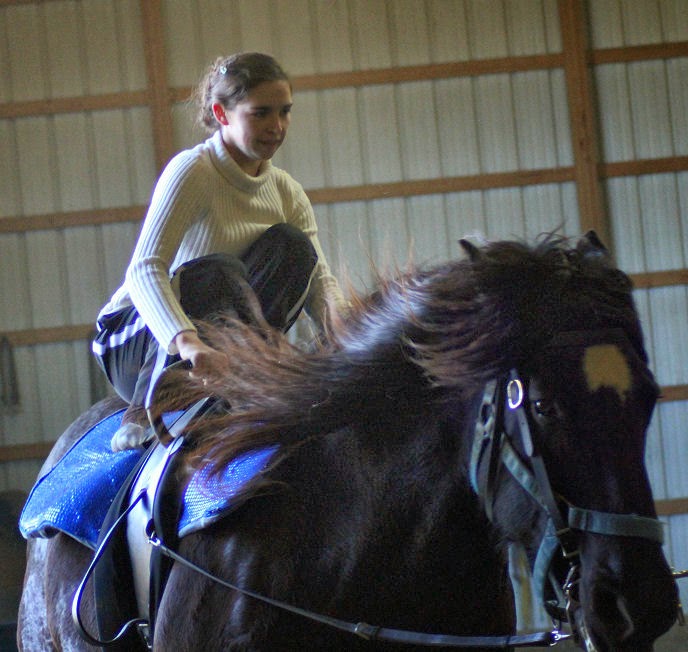 Rhoda, Sarah, Karin, Mike, Diane, Spark and I all headed out to Middle Grove for the next trip. This wasn't just a trip to take horses out we wanted to bring back Sangria's filly and Jewel's filly for weaning. 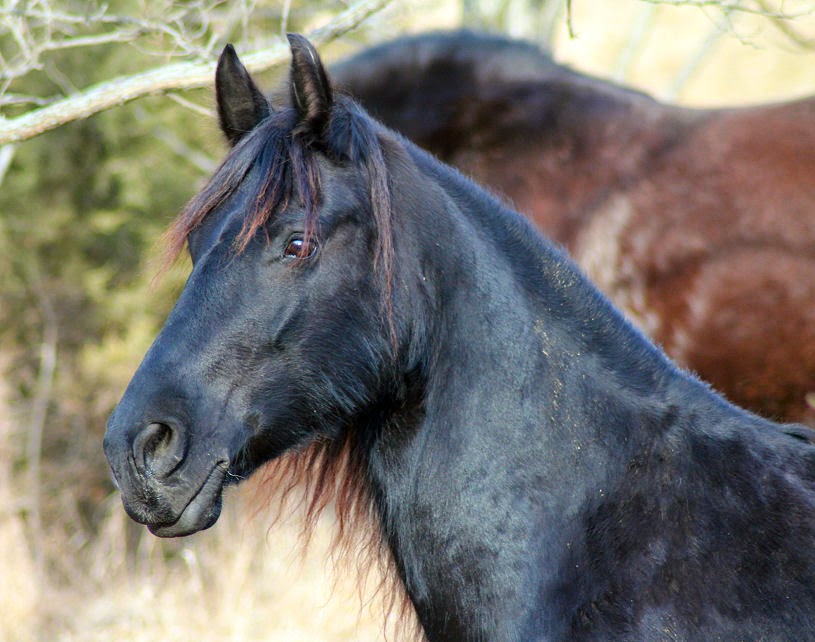 In the picture above Eliza is listening for the herd while below Prissy and Ayanna start heading down to meet us. 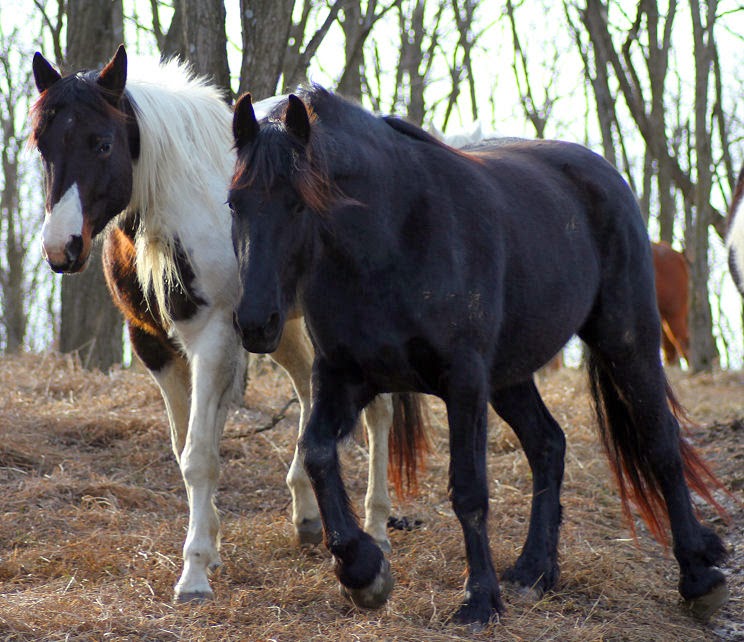 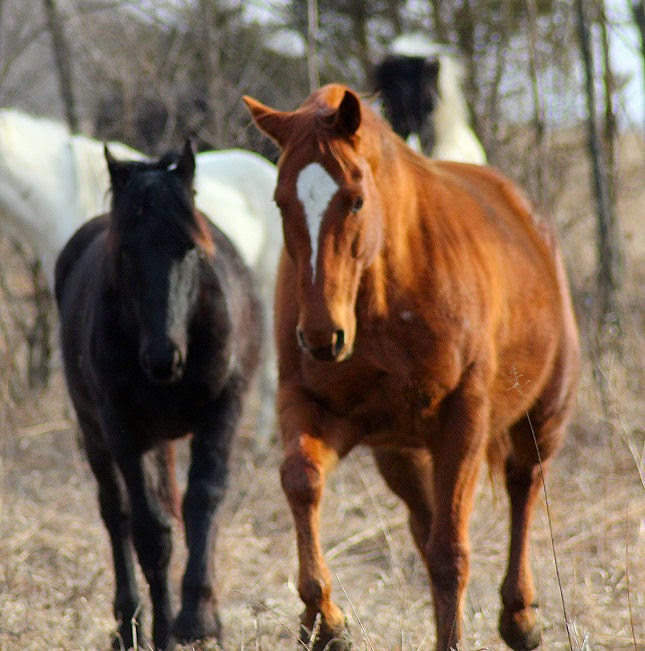 Mika comes running bringing a bunch with him in the picture above. Both mares with foals had settled into the herd with no drama. Below is Lily and her colt. 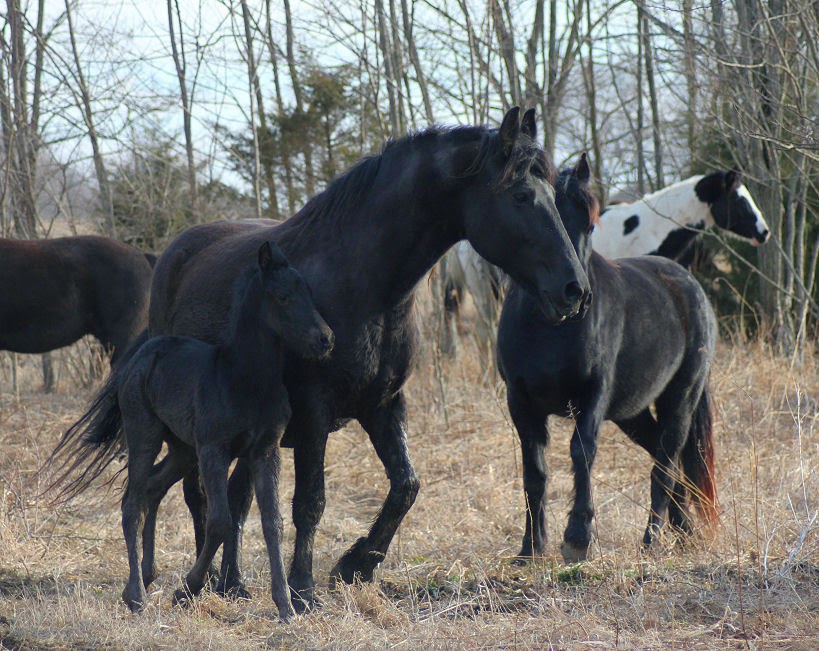 Killian was so funny, he thought for sure he would be herd boss, the mares are sure to take him down a notch or two. The rest of the pictures were posted on the Horsemeister Facebook page. 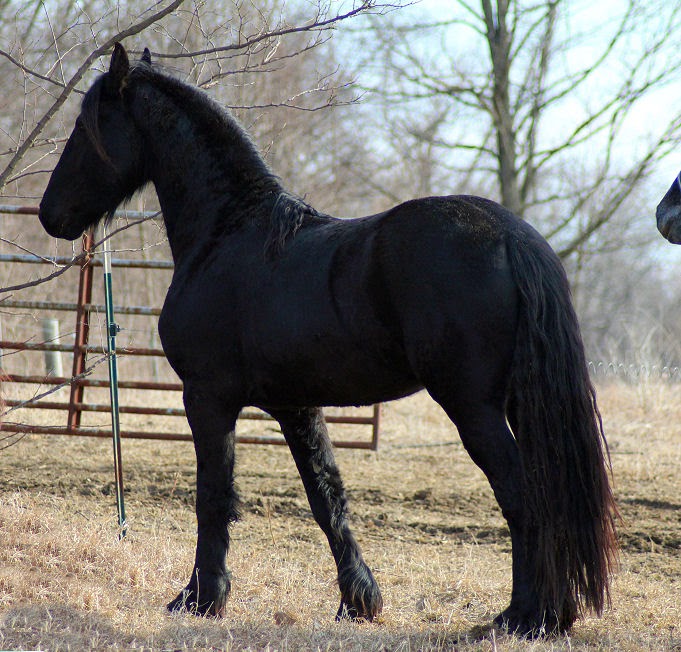 Rhoda rode Sangria back to the trailer while her filly followed and Karin led Jewel. When we arrived back at the gate we were glad for all the help, the entire herd followed us down the hill and wanted to get in the trailer with us. It took Sarah, Karin, Spark and Rhoda to get the gate closed. Jewel was put in first and her filly hopped right in the trailer but when Jewel was taken out of the trailer her filly pushed right out too. We decided to put a halter on her and tie her but the halters were all to small. This time when she followed Jewel into the trailer Mike jumped in after, the middle divider was shut and he held her in place until Jewel was unloaded. She didn't make much fuss at all then. The hard part was Sangria's filly, she decided not to follow Sangria into the trailer but instead tried to get back with the herd. Mike was able to loop a rope around her neck then it took Spark, Rhoda and me pushing, Sarah to hold the trailer door open, Mike to pull from the front and Diane to watch for traffic. We were so pleased to have the job done we drove to Bee's to celebrate with dinner. When we got back from Middle Grove the fillies were left in the trailer until we could find halters to fit them. Mike, Rhoda and I then unloaded them and gave them each a leading and tying lesson before settling them in for the night.
Posted by Judy Sceggel at 10:06 PM