Today is Nancy's 50th birthday and she got to celebrate it with the group in Gulf Shores, AL 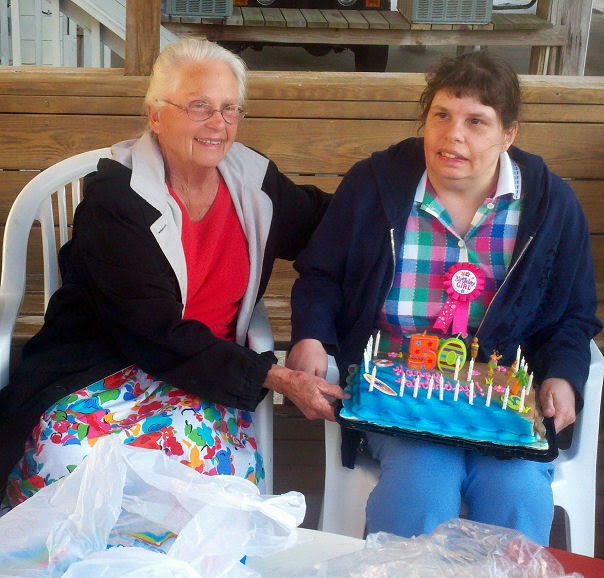 In the picture above it kind of looks like mom is trying to take the cake. Probably thinks it's half hers as her birthday was yesterday. I noticed they didn't invite Spark down to Gulf Shores. He shares a birthday with mom and there is NO WAY they want to share the cake with HIM! Then Karin sits down to grab the cake, I guess since her birthday was the 28th she may as well share too. 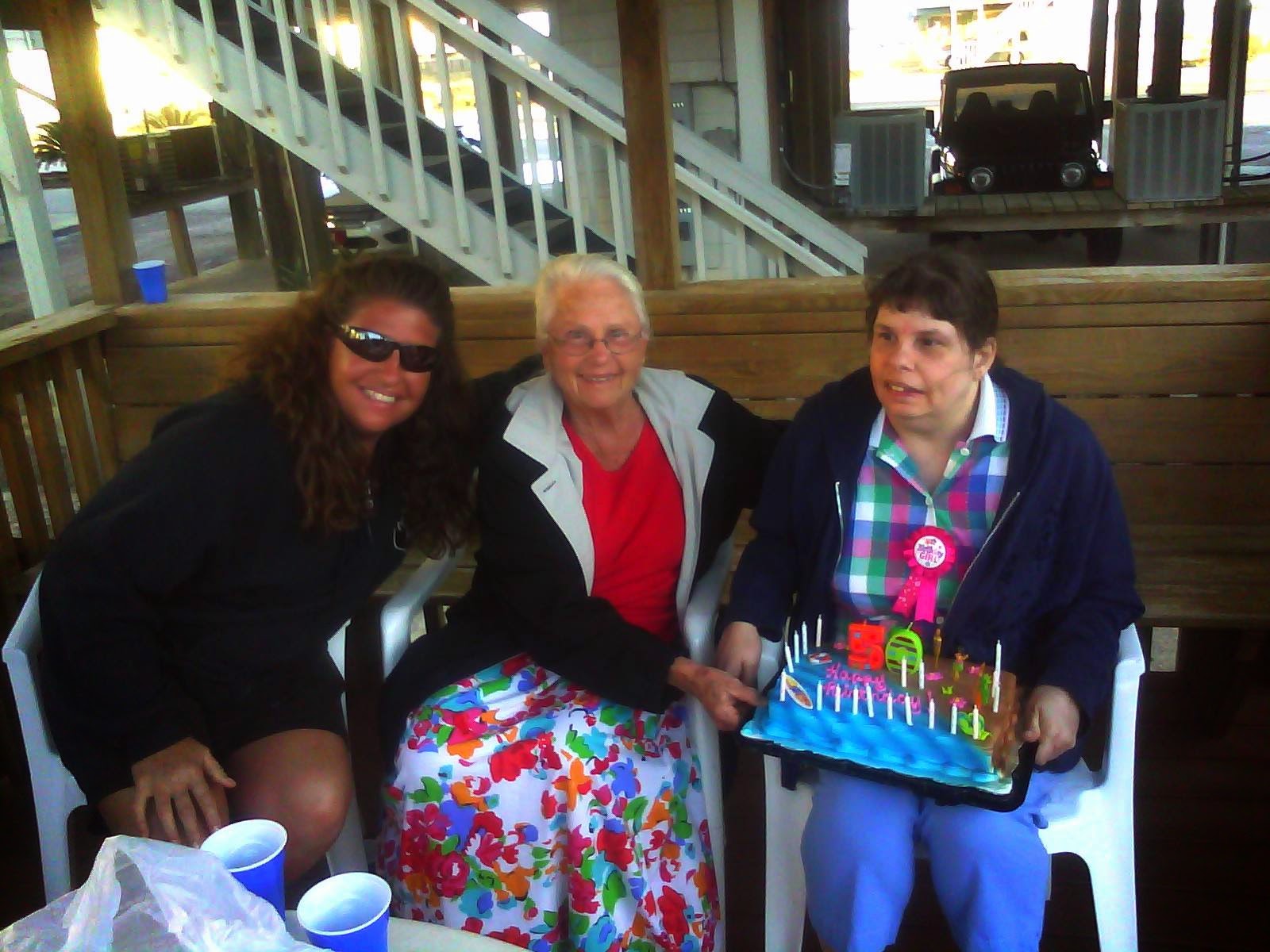 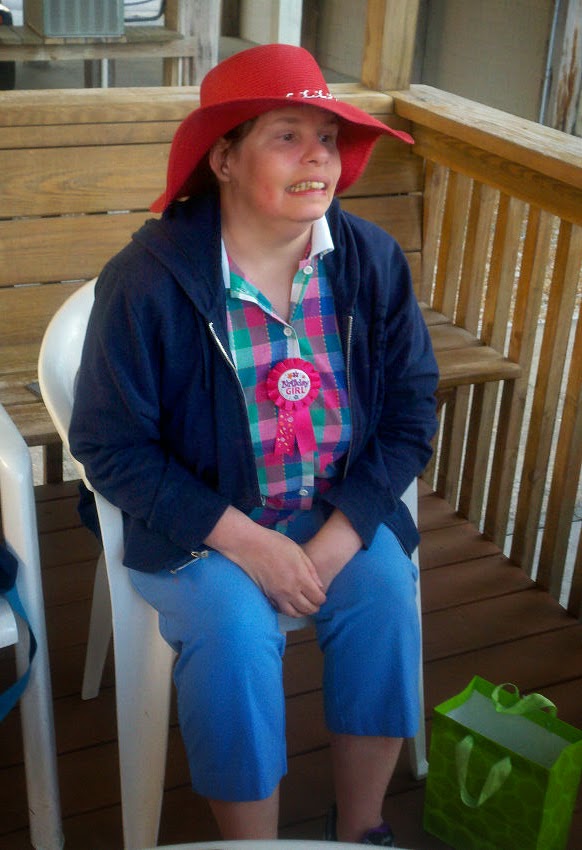 Nancy is really enjoying the vacation, walking on the beach, finding shells and carrying them around for hours.
It sounds like everyone is having a great time together. Although in the pictures they are wearing jackets so it might be just a tad cool. We had a nice day here, cloudy and warm with the temps in the low 60s until the wind picked up. Sustained winds of 24 miles an hour with gusts near 40 were howling and roaring so loud one could almost believe it was the sound of waves crashing on the shore.
Emma was taken over to Evan today and wouldn't you know she was out! Now I"m regretting giving Evan the day off yesterday. I thought for sure she would still be in so not only did I guess wrong on Jenis I also guessed wrong on Emma too. I really need an ultrasound machine and knowledge to use it.
Jamie came with me today to Big R's to pick up another 2 bags of shredded beet pulp. Jamie is the owner of Myrrhcedees a beautiful Raven daughter out of Paris. She emailed 2 pictures of Myrrhcedees taken today. 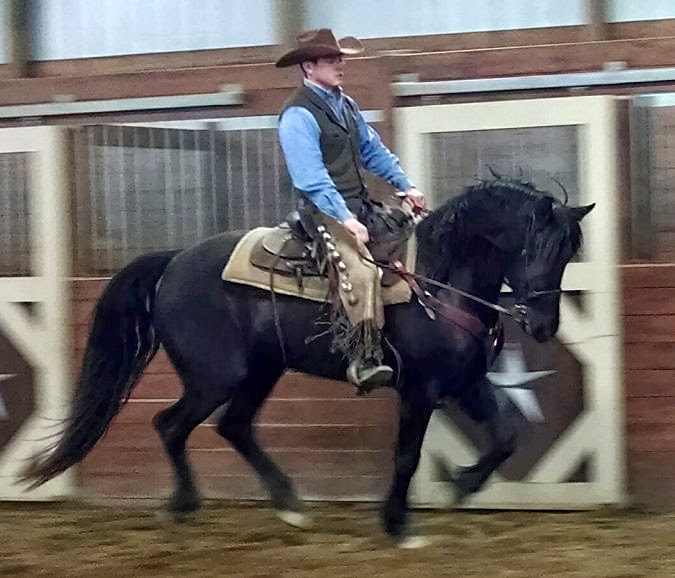 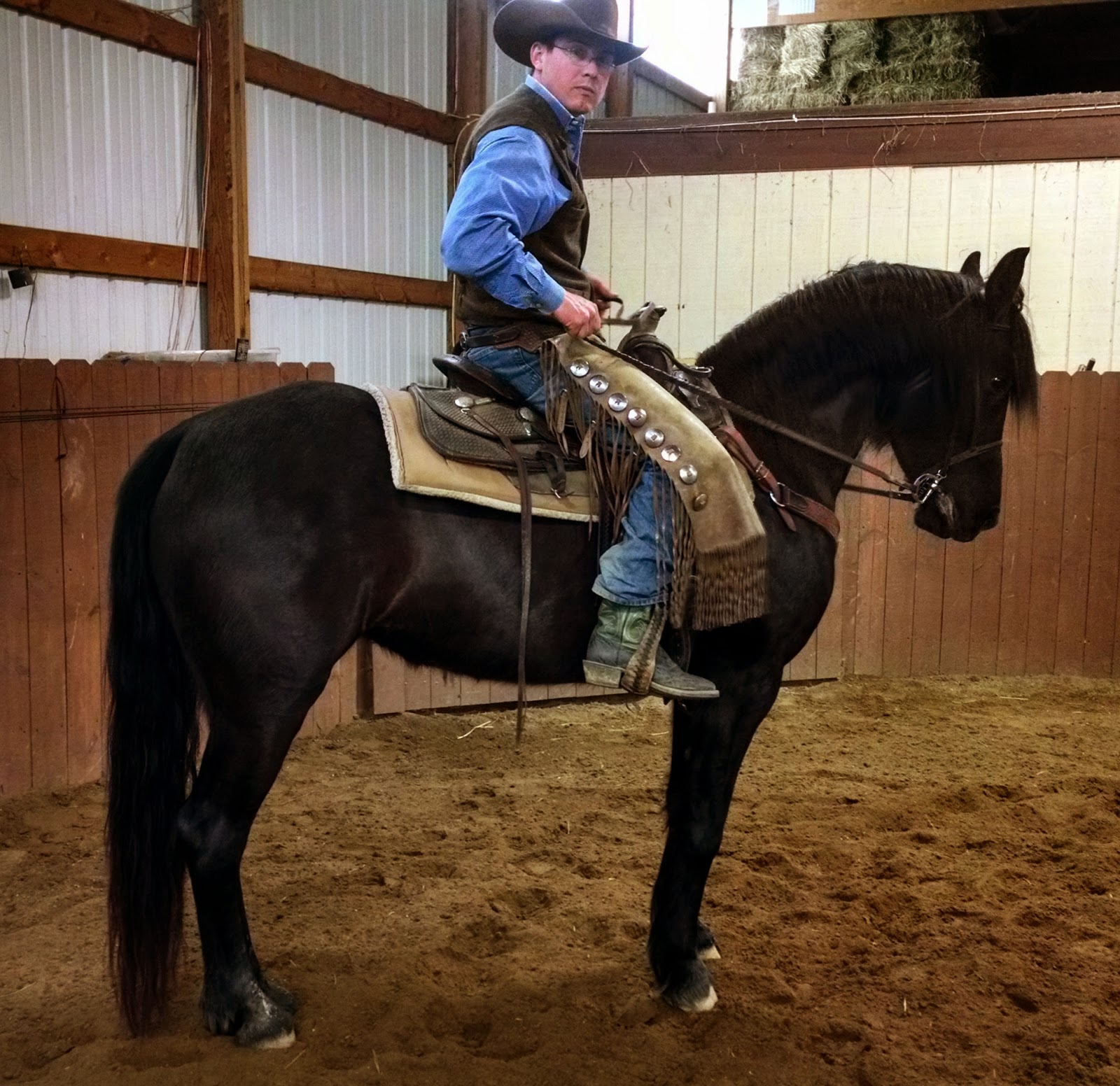 The rider is Brock, owner of B&B Reinebach Brock and his wife Brittney train horses in Princeville, IL. His website is: B&B Reinebach
After supper Mark and I worked on the 2007 Kiefer Built trailer. He is removing the cupboards and wood from the inside so we can straighten out the dent.
And last but not least Anna posted this picture on facebook: 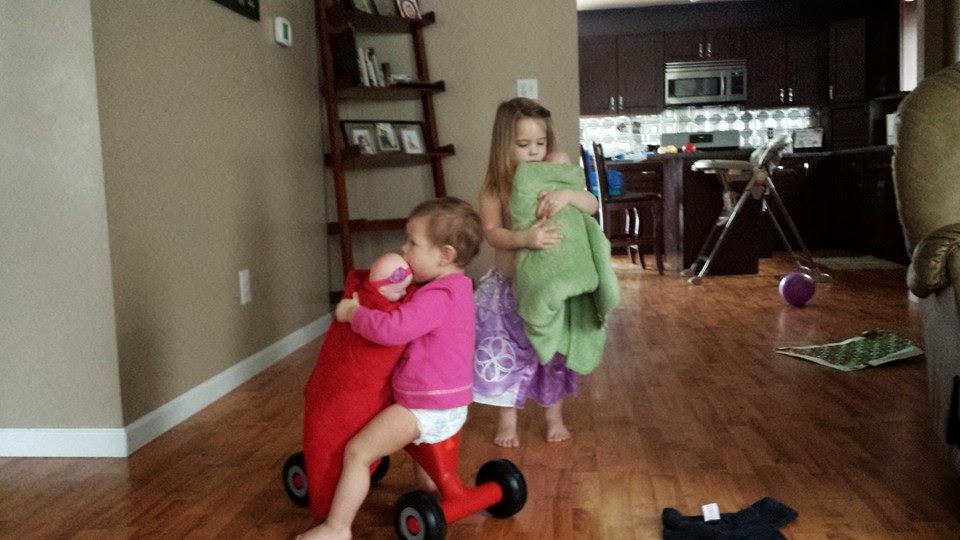 She writes: The girls are practicing for October when they will become big sisters. Congratulations Phil and Anna!
Posted by Judy Sceggel at 9:15 PM