We must be stuck in that Frozen Movie, it was freezing out there today. We walked but only one round. After the walk the Bibles were dropped off at the Bartonville post office then as long as I was in Peoria I caught up on letters and lessons finishing around 2:40 pm.
It had warmed up into the upper 30s making it a bit more pleasant for the next job, moving bales. The short shelter needed a bale then Zalena and Holly were moved into that. They are both due around the same time, mid April, and that is the foal safe paddock. 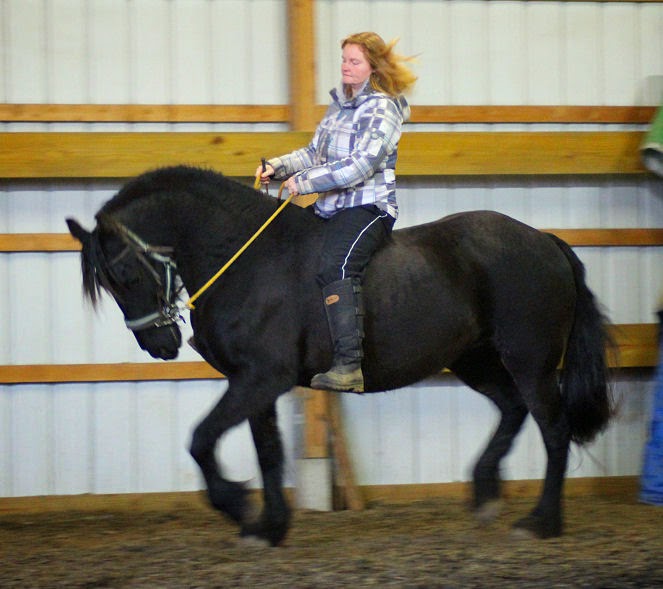 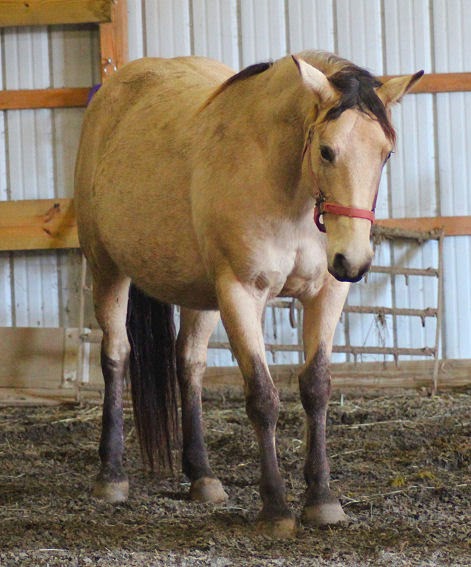 The middle paddock was given a bale and Sissy and her filly were put in that. The filly had a grand time running around bucking and kicking. They will go to Middle Grove tomorrow as Sissy is now out. 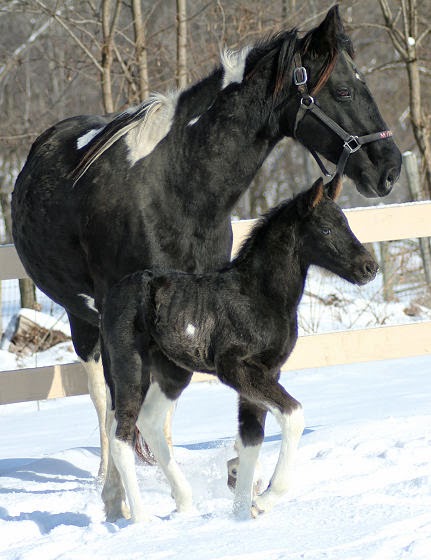 She was so glad to get out of the stall. Emma and Paris were put in the breeding shed paddock as both of them need shredded beet pulp and grain for weight. Indy was teased and covered by Evan. 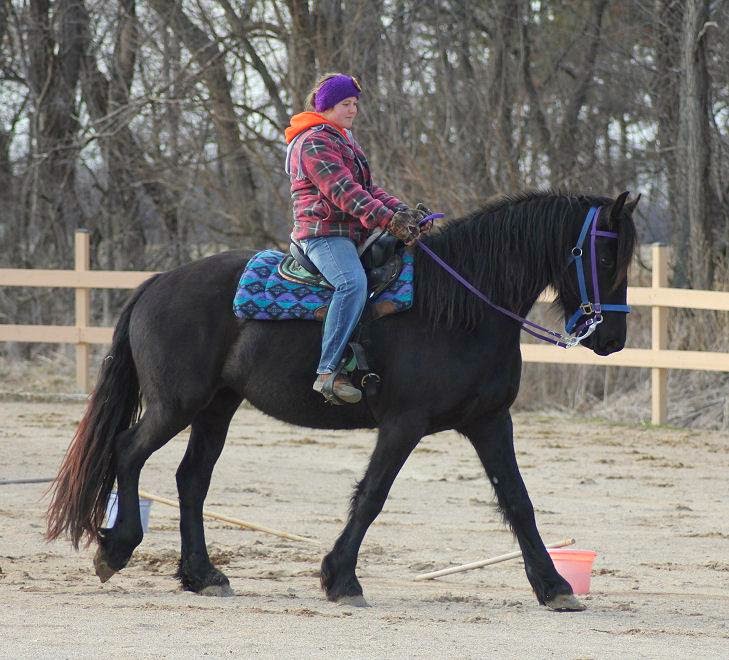 She was then placed with Jenis in the paddock across from the breeding shed.
Anna was teased, she kind of showed then kicked out at Valiant. 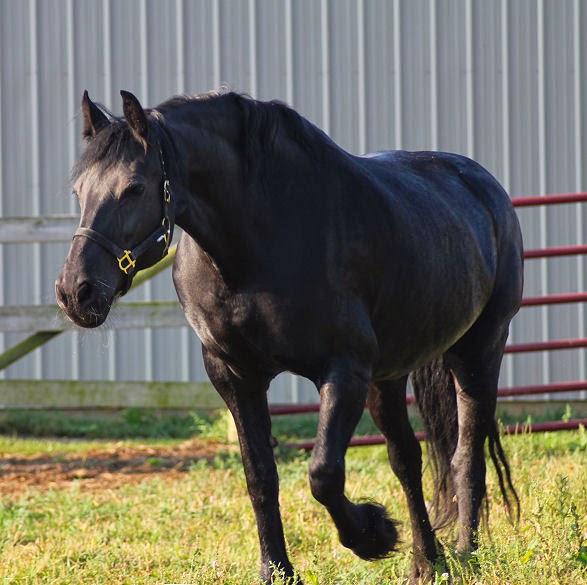 She is a good mare for keeping Valiant in line so was put in his paddock. When she comes in for real she will be moved out of there and teased daily so we can know the day she goes out.  She is for sale now for $15,000.00 but once confirmed in foal we will for sure want to keep her. She was imported from the Netherlands, is a delightful mare, calm, willing and very baroque. Emily and Rhoda are planning on training her to drive this summer.
Mom sent out a general invite for dinner tonight. Mark, Diane and I were the only ones that took her up on it. Rachel was picking Bethany up from Indiana. Mom made hash, that sounds kind of gross but is a very tasty dish made from her left over roast, potatoes, onions and spices all ground up together.
Mark spent the evening working on pot holes getting all the way up to mom's finished. At church tonight we had a visitor from Gridley speak on Revelation 20. Everyone needs to read this chapter, please don't miss the boat, the ramifications of missing out are eternal.
Posted by Judy Sceggel at 9:26 PM