We must get the clock updated in our bedroom. It is reading an hour early ever since the time change and usually that isn't a problem but this morning it was. I woke up, looked at the clock which was reading 5:02 am. The problem with that was I was suppose to leave the house at 6:05 am to pick up Israel giving me only 3 minutes to throw my clothes on grab a cup of coffee and head down to Meisters. Adrenalin is an amazing tool. I wasn't late.
Holly was brought in from Middle Grove as she got her back right leg caught on something and has a pretty good sized cut with some swelling. She is letting us hose it off but it is too wide and too late to stitch so right now we are treating it with cold water therapy and keeping it clean. The good news is she is not lame on it, the bad news is her leg will probably scar. She was bred to Valiant and is due in about a month.  With the weather turning warmer (40s right now) Emily decided to get Holly re-started in training. She has had most of last summer and all of the winter off after working with Karin last spring. 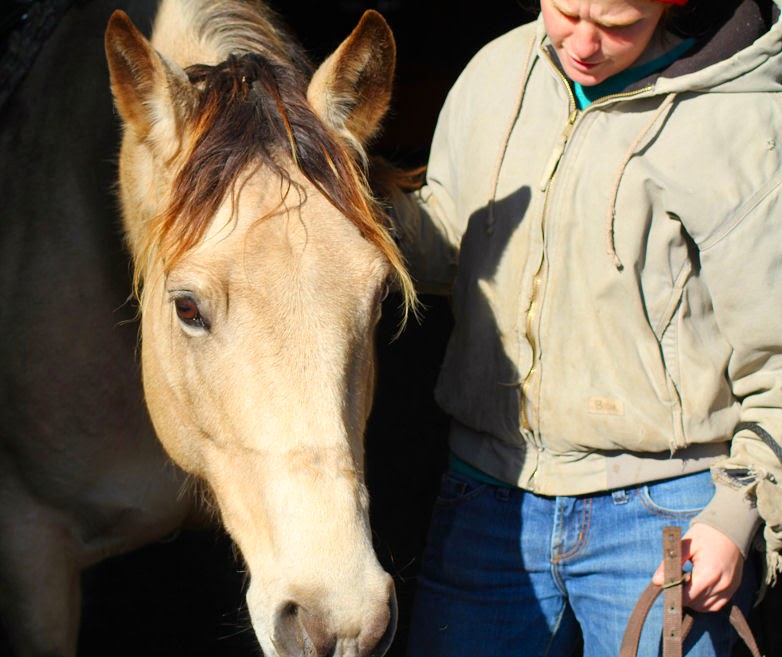 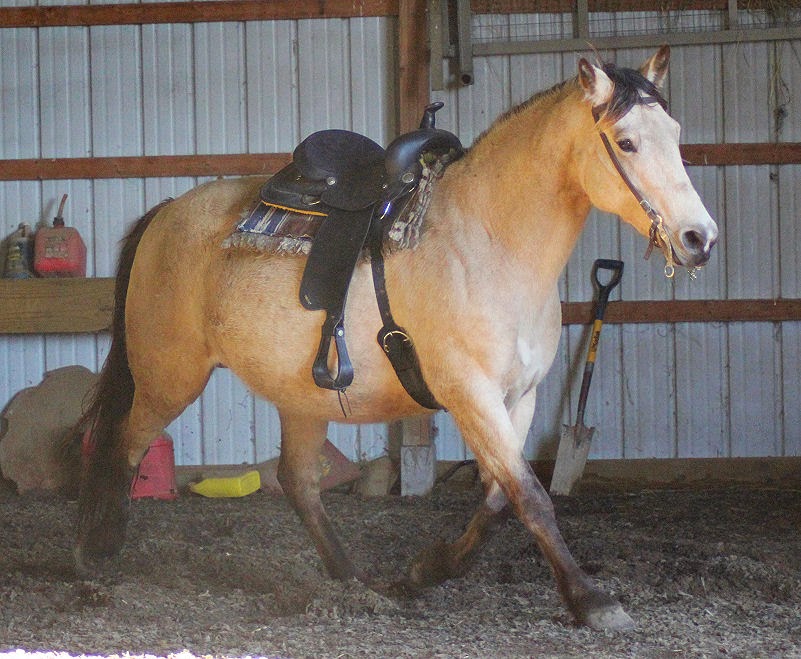 Emily was very pleased with her behavior stating Holly remembered all Karin taught her. Timothy, Emily's brother was waiting patiently waiting for her to finish up until his promised ride on Indy. 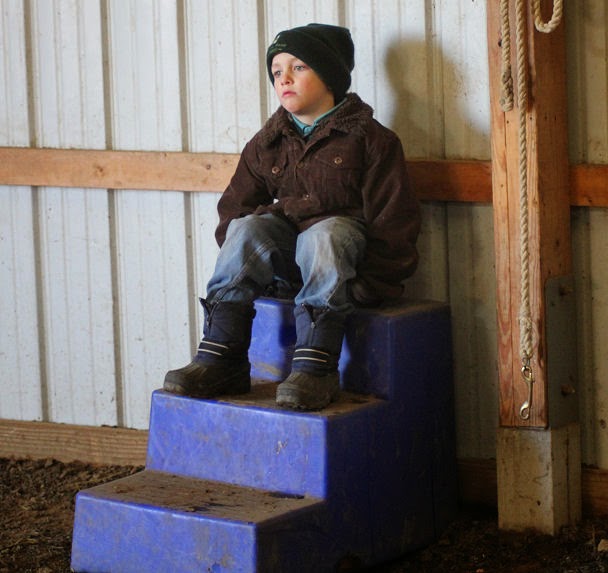 Then he was all smiles. Emily reported that Timothy was able to walk Indy around the arena all by himself. 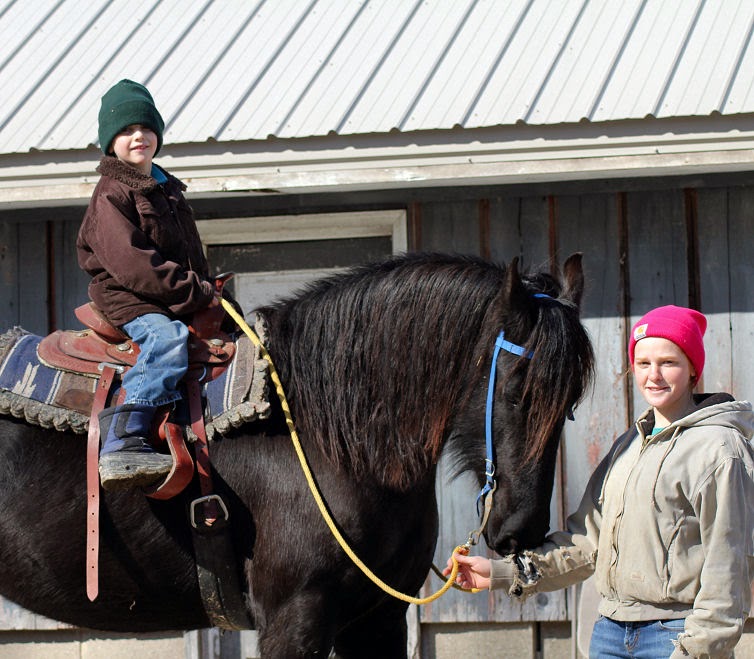 Check out that smile now 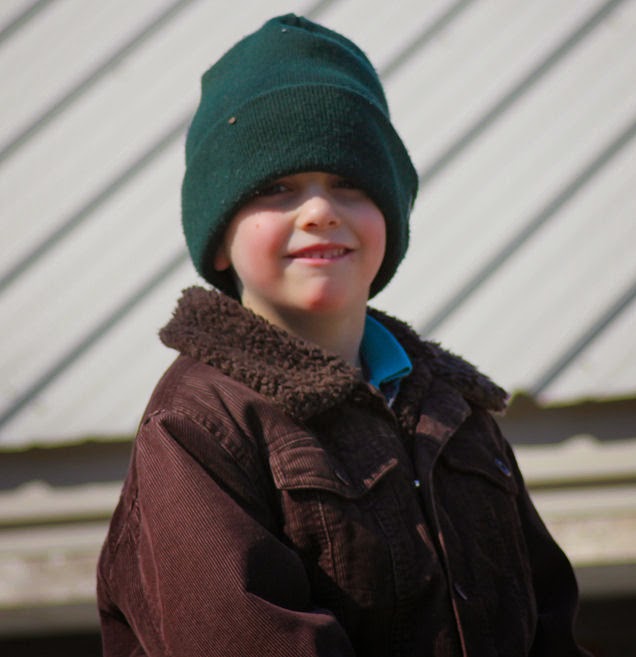