We had a great breakfast at the hotel then Karin and I left for the barn to feed, water and clean stalls. We work so well together that everything was finished in about 20 minutes. We are really thrilled with how well the straw has worked out for bedding. IF we had to clean the stalls AFTER the fair it would be awful but because we are not expected to strip the stalls we have those stalls thick and soft with tons of straw.
The horses are very comfortable laying down. This morning Rosalie and Jenis were both sacked out in their stalls enjoying those softly bedded stalls. 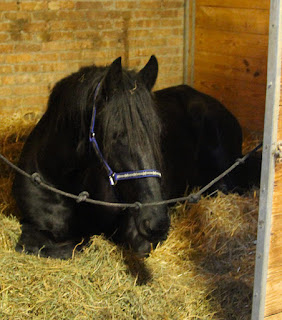 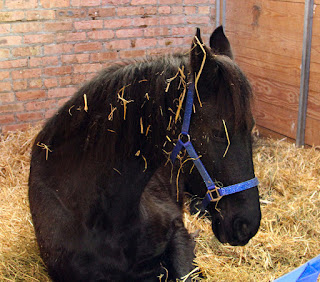 This was the biggest day for the 2017 Illinois Horse Fair and we enjoyed every minute.We had hundreds if not thousands of people come through the stalls. Almost all enjoyed that skeleton. 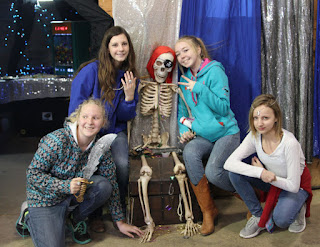 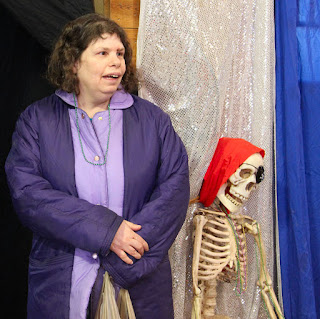 Miss Molly wasn't too happy with her costume but she sure was cute. 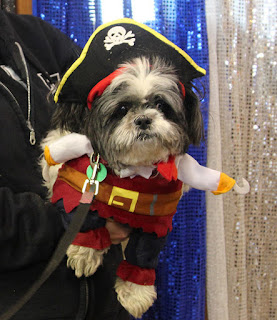 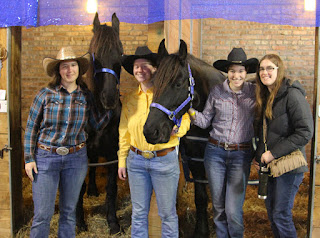 There were pirates roaming around all over the fairgrounds and each stopped in for prizes. 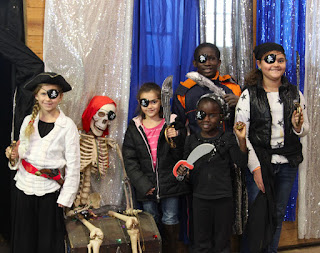 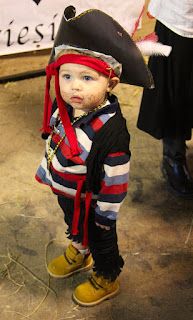 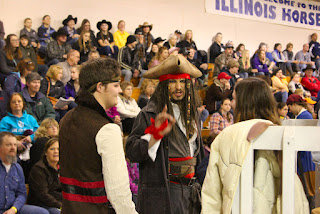 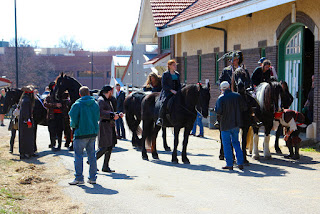 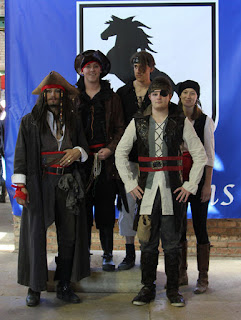 The play went great but there was one problem. The breed and sport group finished a half hour early and after telling everyone we were on at 1:30 pm the fair people asked us to go in and perform 15 minutes early to keep the crowd entertained. Many people came up after we were back at the stalls to complain that they missed the performance. Oh well everyone knows if you want a good seat you need to be at least a half hour early. We had lots of funny stories today. The play was going on in the arena, Samantha was in the play and during the time she was near the railing a lady walked up to her and said, "you are all doing so well, do you do birthday parties?" Lots of pictures and videos were taken but it is late and all will need to be worked on later. The horses were all well behaved and so many people enjoyed the horses, pirates, the cave with it's treasures, and the entertainment. Such a great day!
Posted by Judy Sceggel at 10:24 PM