We woke up to howling winds slamming into the house and snow flying. Joan sent a text asking us if we were going to walk. Mom said, "of course" and got her boots on, but we over ruled her and all ended up at mom's house for breakfast. Much better to have a savory breakfast of bacon and eggs with good conversation than to suffer in the cold blowing snow. After breakfast mom brought the puppies out for us to play with them. They are cute cute cute.
The weather rest of the day wasn't much better. The winds are still roaring around the trees and buildings with about an inch of snow that stuck around. Since it was too awful to want to work outside the kindle was taken out and I finished all the books I had on it. That gave me a good excuse to spend a couple hours shopping on Amazon for free Christian kindle books filling that kindle back up. Mark was lucky to get supper I'm one of those people who once start a book can't put it down until it is finished. Time for a few horse pictures. Below is Rhoda and Mikayla riding Eliza and Zalena practicing for the IL Horse Fair  in Jan 2013. That year we had mild weather and the outdoor arena could be used most of the winter. The winter of 2014 the arena was pretty much always under a layer of snow and frozen solid. Eliza has come a long long way under saddle since 2013 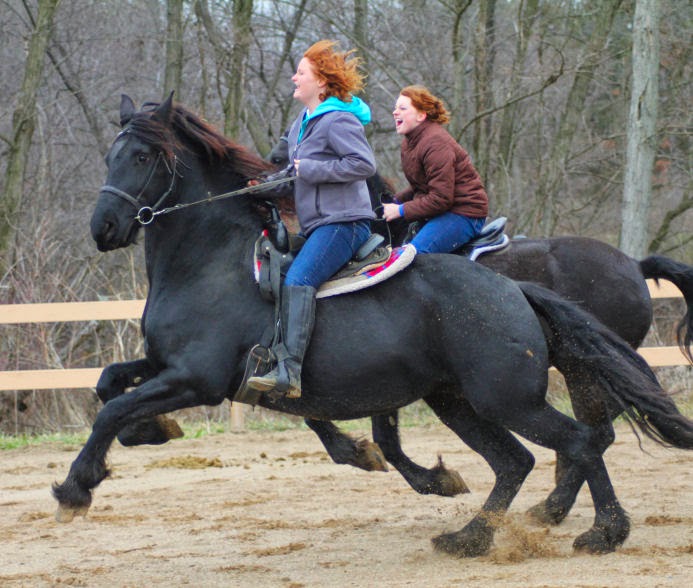 Below is Eliza's first filly Oksana. Oksana is by Raven and we were so thrilled we kept her. She is 2 years old and this winter will be put under saddle by Emily. 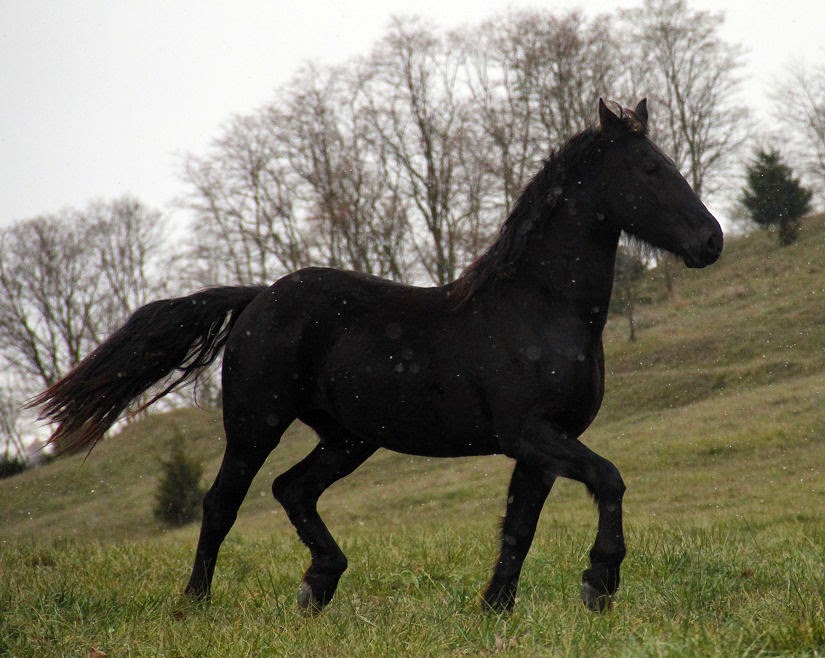