The man buying Marika's filly paid the deposit in August, filled out the paper work that states very clearly regular payments will be made but we have not received any other payments. He was called about 10 days after putting down the deposit as we wanted to get the filly registered and needed a name and he sent a text that they chose the name Tatiana. I contacted him earlier this month and he called back to reported that he was out of the country but would be back next week and send a payment. That was almost 3 weeks ago.  I've sent a text (no response) called the phone number given but was not able to leave a message as his cell phone has not been set up for messages and I've sent an email but still no response. How long should I wait before re-listing the filly? She is registered and DNA'd with Friesian Heritage Horse and her papers are in hand.  She is pictured below at 2 weeks of age. 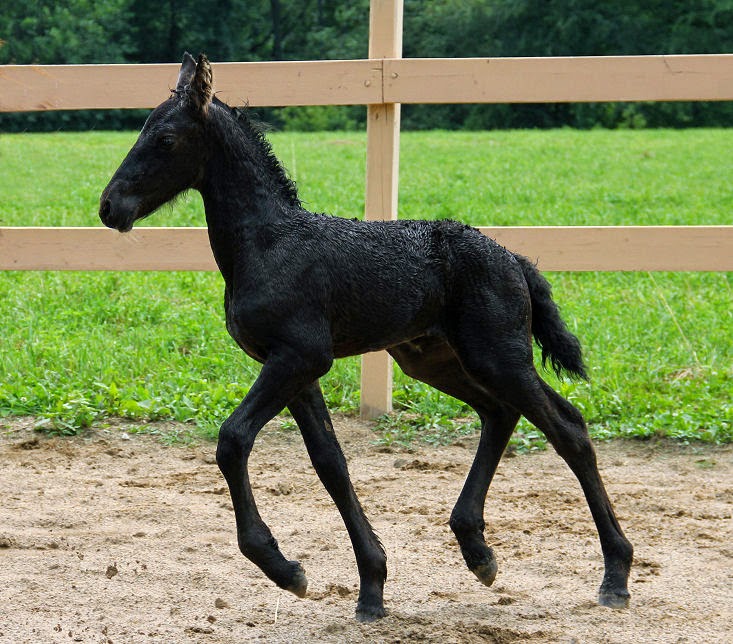 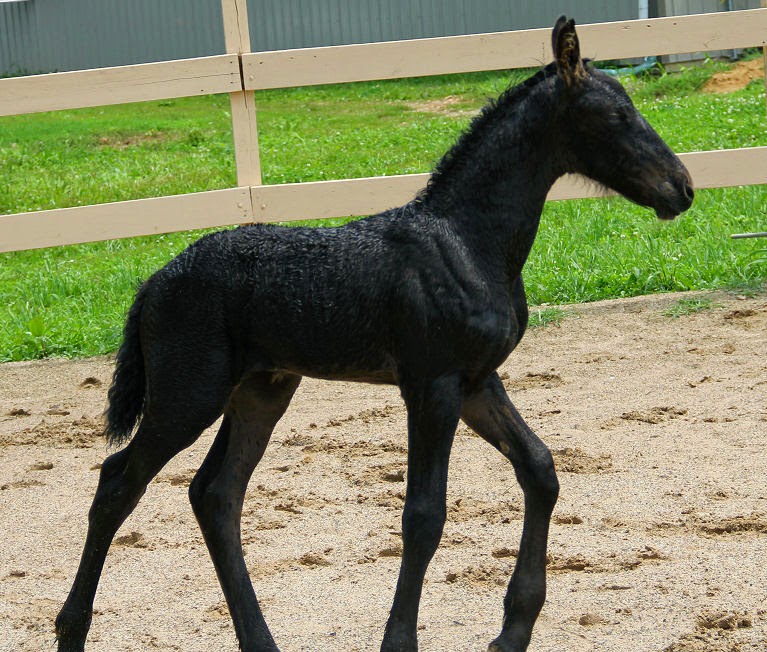 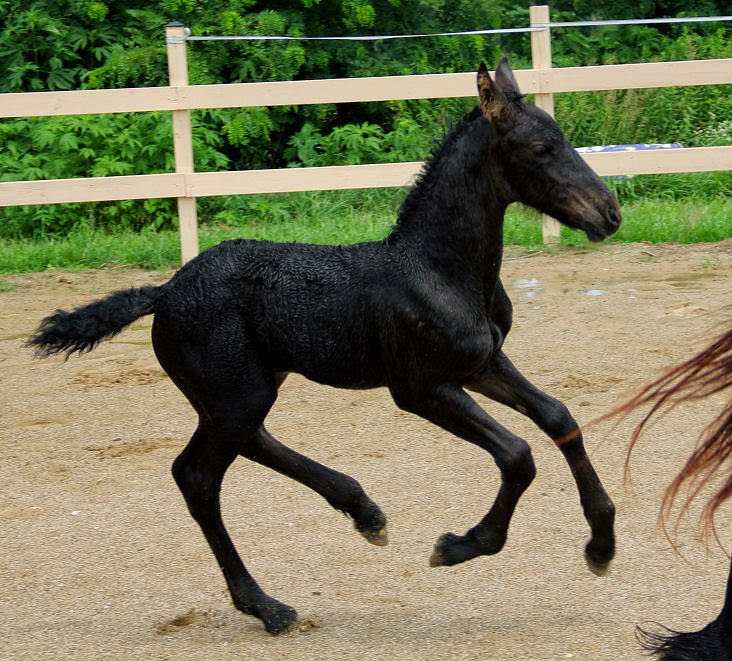 Tatiana is a purebred Friesian filly out of Marika by Evan. Evan always throws lots of hair and his amazing movement. She can be bred to Valiant at age 3 for a reduced stud fee. She should end up around 15.2 hands. If a purebred filly is on your Christmas wish list this filly would fit the bill nicely. She is for sale for $7000.00 and comes with the ability to produce gorgeous foals as well as being a wonderful family horse.  She is now ready to be weaned along with her half sibling Treasure and her other playmate Magnum so we will be getting new pictures and a new video soon. She didn't last long the first time we posted her for sale so if you want her you probably won't want to wait too long. We don't mind keeping her until spring so feel free to ask about our payment plan.
Posted by Judy Sceggel at 7:16 AM