We had a big group on the walk today. Mom, Diane, Rachel, Joan, Ruth, Rebekah, Jordan, Emily and I walked a bit longer than usual, no one wanted to quit. By the time we finished up Emily checked on her cow and reported she was pretty sure we would have a calf today. Anna and Phil were working on their new house right down the road so dropped off Braelyn, Taegan and Kensley just about the time I arrived home and just as we thought the cow would be delivering. The girls had fun playing on the lime pile and finding caterpillars to claim as pets as Kensley was sleeping and we were observing the cow. 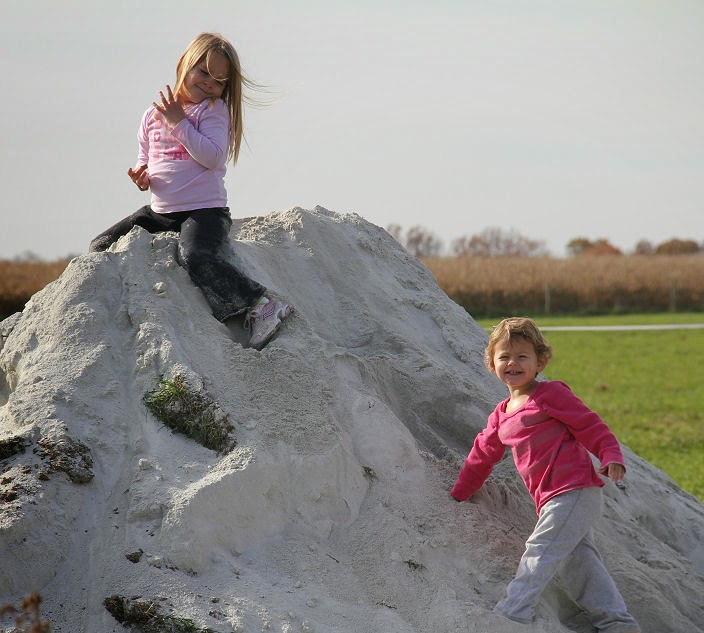 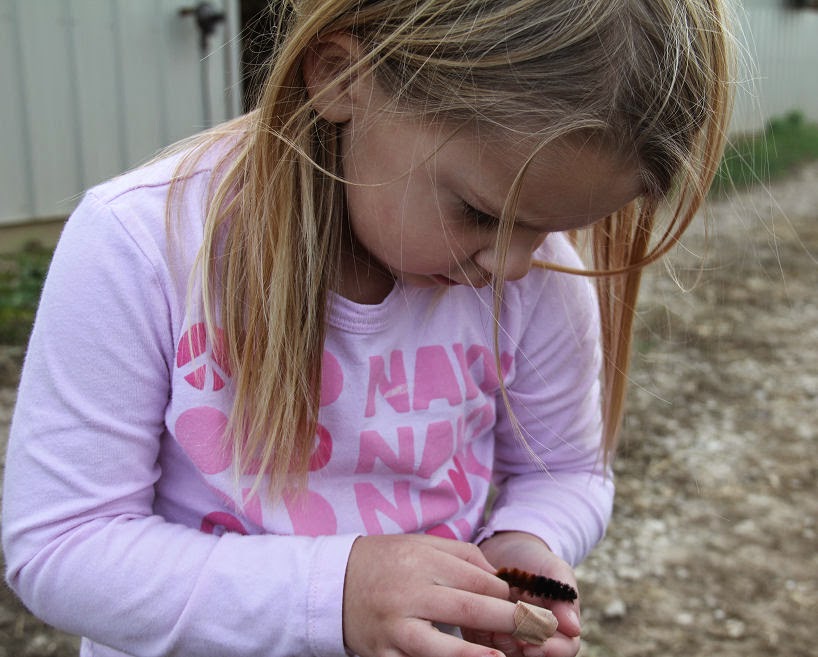 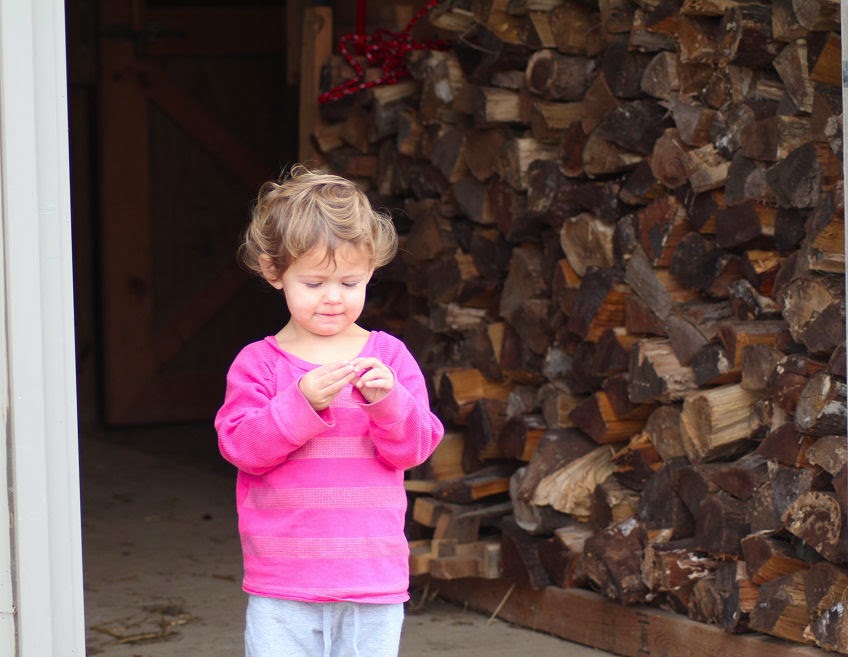 She had dropped and was pushing but after a couple of hours still only the 2 front feet could be seen. 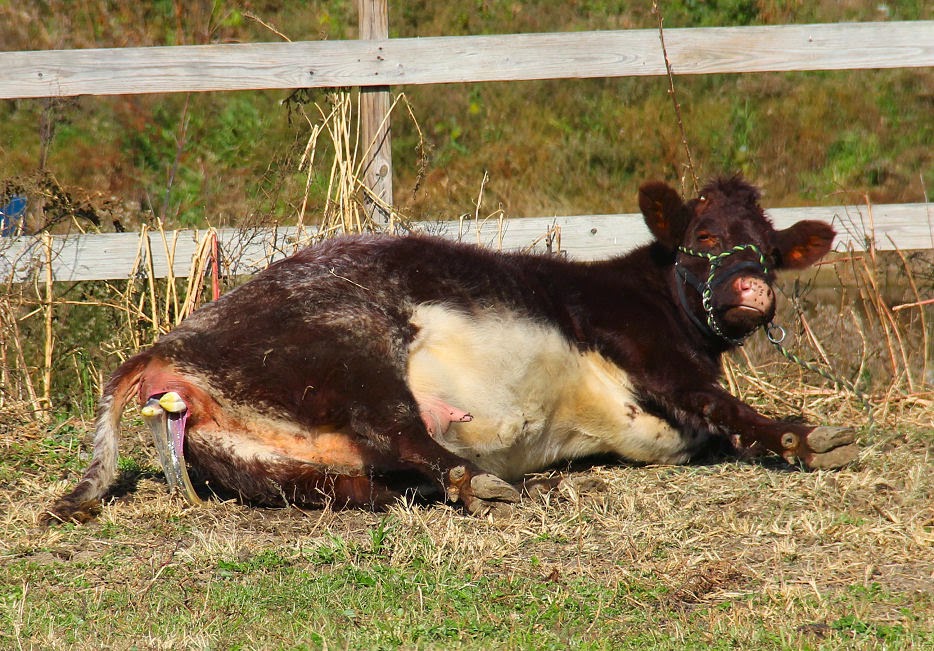 Emily made the decision the calf was going to have to be pulled and reached inside to attach ropes to each of the front feet. 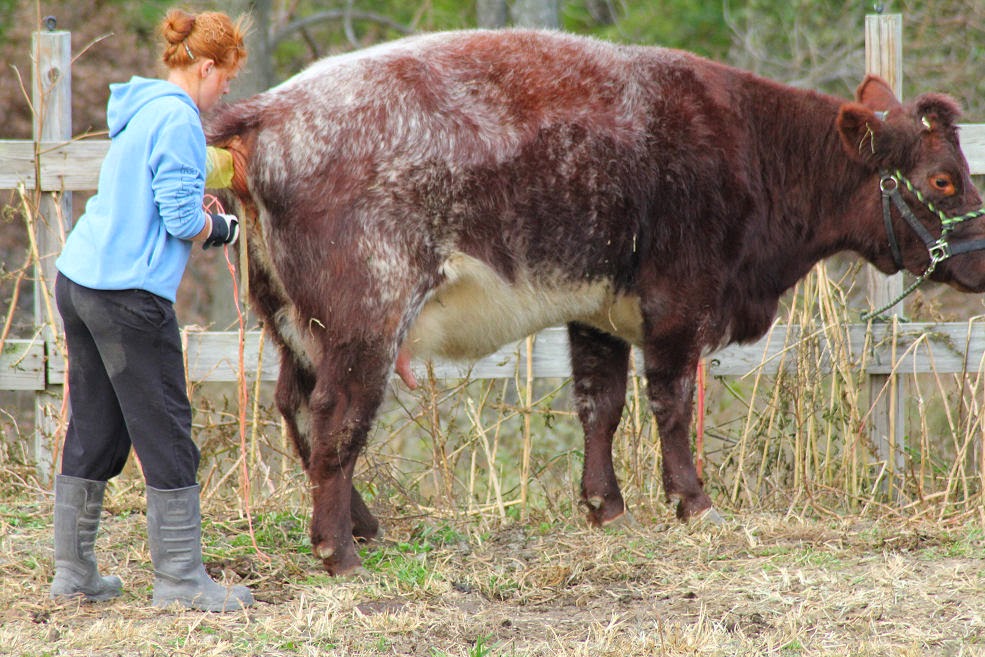 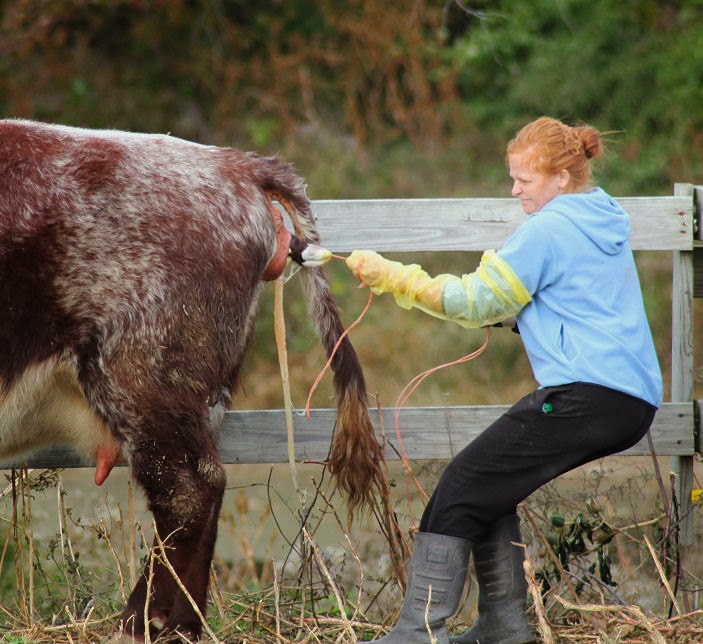 After pulling with all her might she asked for help and Rachel jumped in to help pull. 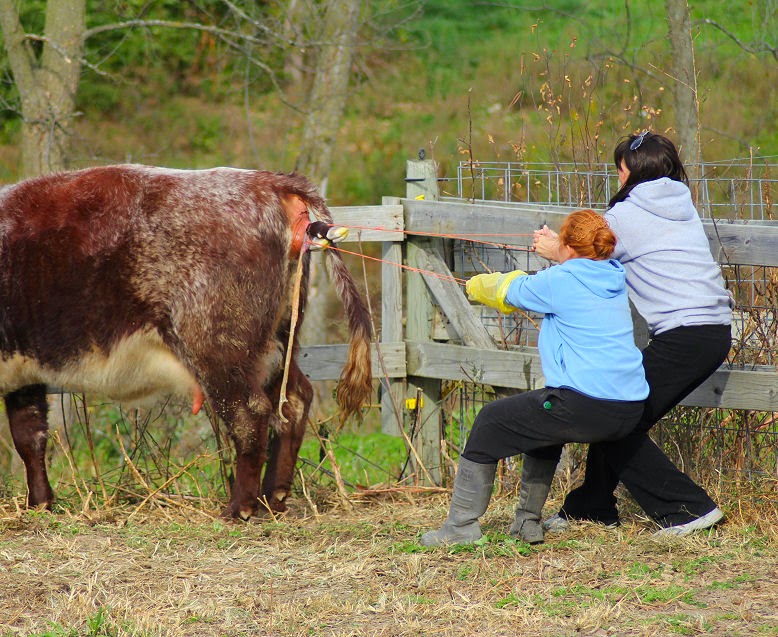 The calf was still just too big. Philip was called for some real muscle power. 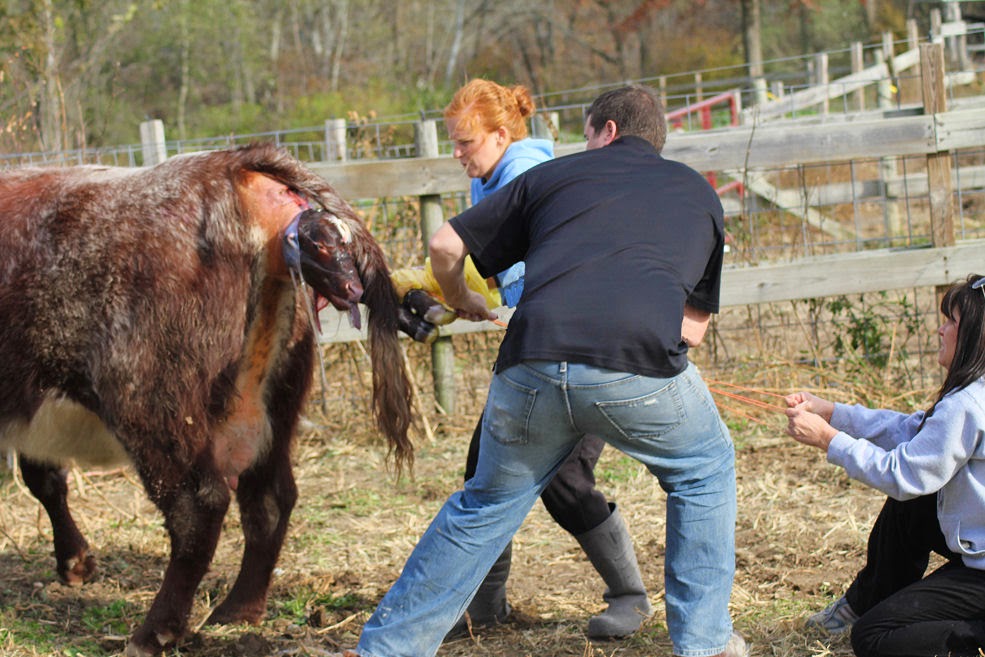 This was a big bull calf for a first time mom. 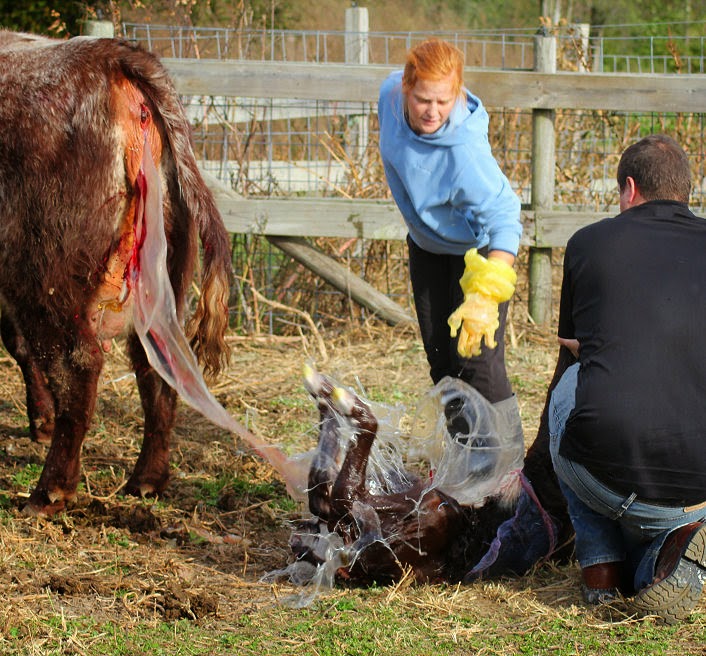 She was very glad to have that over and gave the calf a good cleaning. I took the girls down to the house after that but Emily reported the calf was up and nursing not too long afterwards. 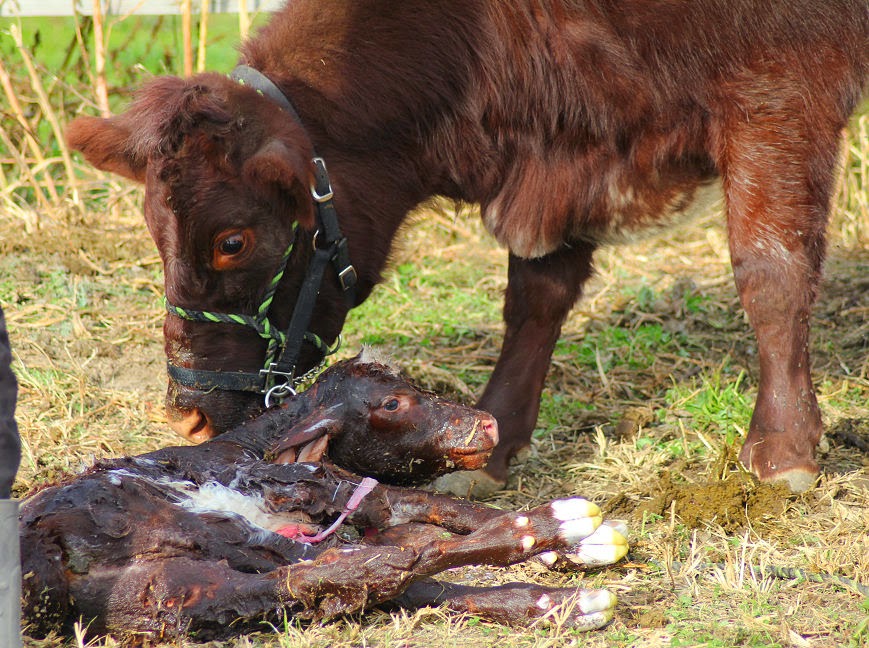 The girls had fun playing outside on this beautiful 70 degree day in November. 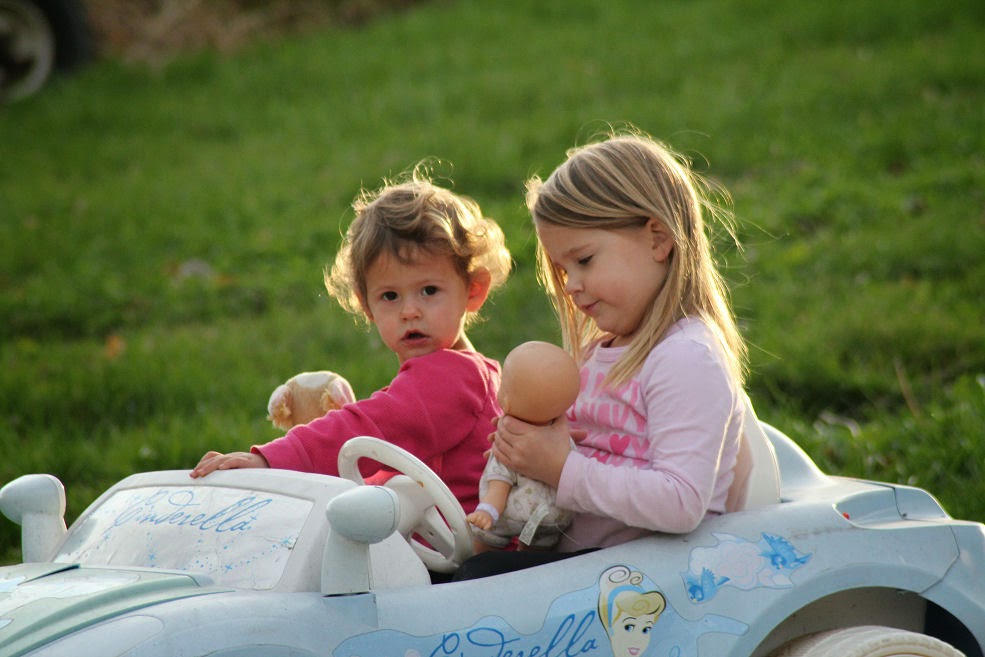 Little Kensley spent most of her time sleeping. 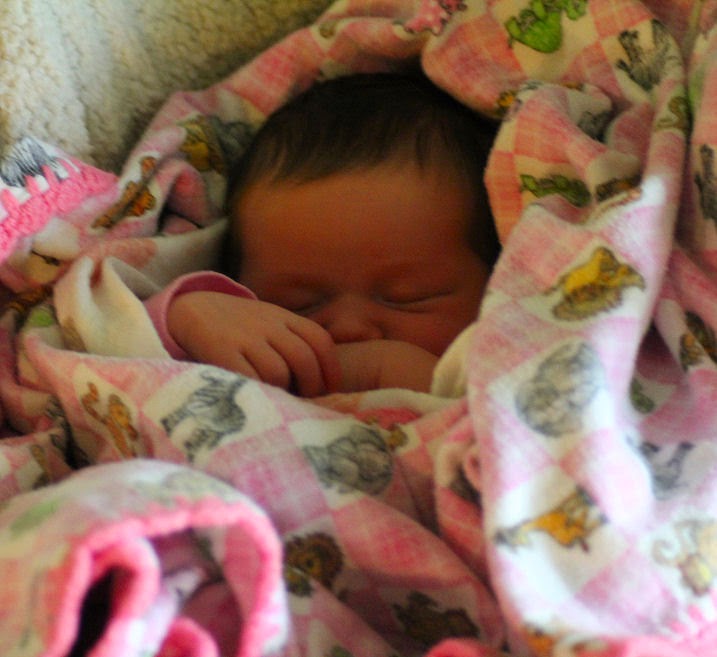