Yesterday after work, Mark pulled out the skid steer to continue cleaning paddocks. We now have a huge pile of manure in the middle of the circle drive. It will stay here until after the hay is cut and baled but who knows when that will be. It is ready now but the rain keeps coming. Steven arrived to work Killian. 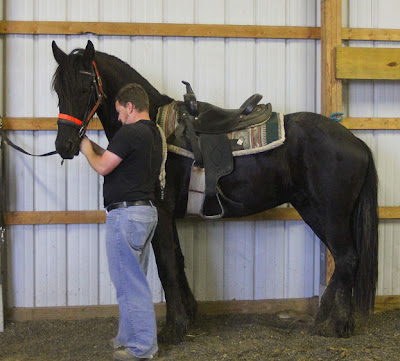 As he was getting him tacked up Rhonda pulled up with 3 of her grand daughters. Killian is going to be huge, he has just turned 2 and look at the height on this boy! 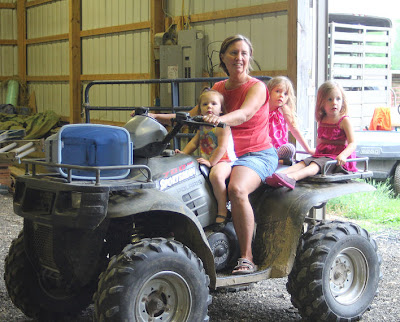 They wanted to stay and watch. They were told Killian has just two and might put on a bucking bronco show. Killian was a good boy though and didn't make it very entertaining. 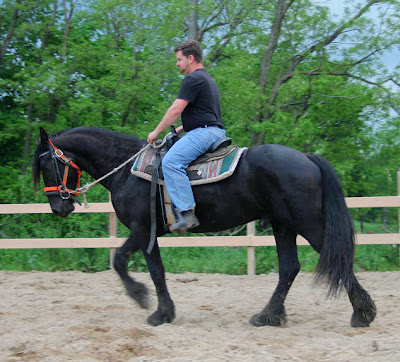 These are 3 of Tara and Jay's girls, Mia and Renee on the gate with Jane on the 4 wheeler with Rhonda. 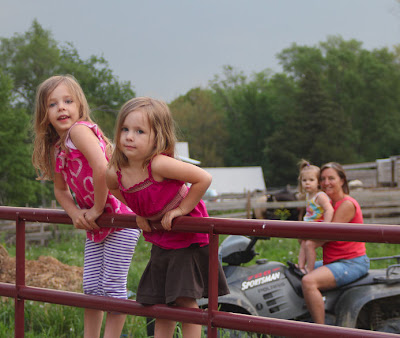 Steven kept it short and sweet with Killian, praising him for his good work. Steven took the first shift of foal watch, I went from 11:00pm to 2:00am and he took the last shift. He hasn't called so I'm assuming still no baby. I tested her last night she is dropping and is testing around 300. According to the instructions,  not all mares reach 300 - 500 but if and when they do birth is eminent. Like I believe that with Marika, any other mare it would be so.
Posted by Judy Sceggel at 5:44 AM