On the walk today I stopped to take a few pictures of that big tree that fell in Valiant's pasture during the big winds last week. I'm glad it fell into the field rather than on the road. The force of the fall split the trunk in half with half falling into the field and the other half getting hung up on another tree. 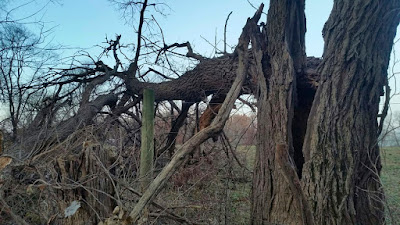 notice the right hand top corner how that branch fits right into a Y of the other tree holding it up. 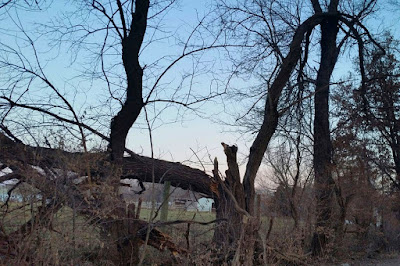 Right after our walk I took a quick trip to Kroger to get the ingredients for the soup Mark wanted for the Meister Christmas party tomorrow and as soon as I got home with the ingredients the soup was made.  Once that was simmering on the stove my real work started.  Today Valiant's paddock needed a new bale. 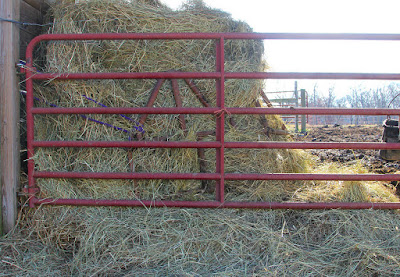 Above is Valiant's new bale. Below Zalena's colt saw me coming and ran to the gate to call. He is such a personable colt. He really loves attention but I guess that is pretty typical of Friesians. 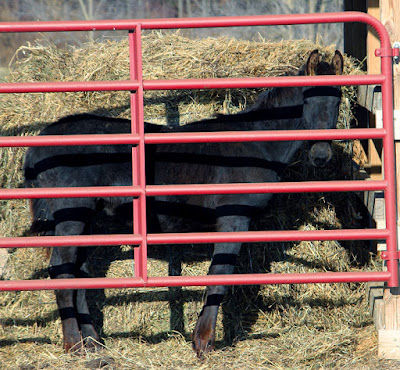 Ribbon's old paddock was given a bale and the middle paddock given two bales one in each shelter. 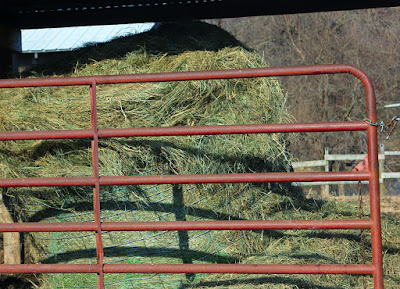 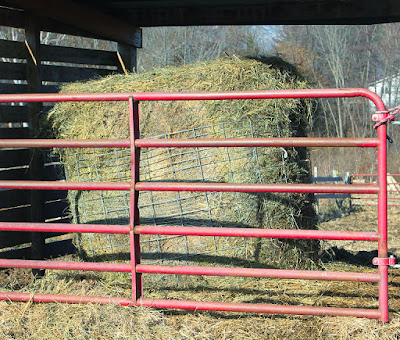 That all sounds so easy but it isn't.  The bale feeder needed to be moved back in Valiant's shelter and even then it was hard to get the bale in, it was just so big.  The middle paddock had a bale in that had mold in it and that had to be pulled out and moved out of the way first.  At least it was sunny and mild with the temperature climbing into the 40s. By the time I finished Karin had arrived. She was working with Indy first as I was trying to finish cleaning up the hay that had fallen off the bad bale. When I got in she was riding Ayanna. Indy came right up for attention. She loves to be groomed after being ridden. 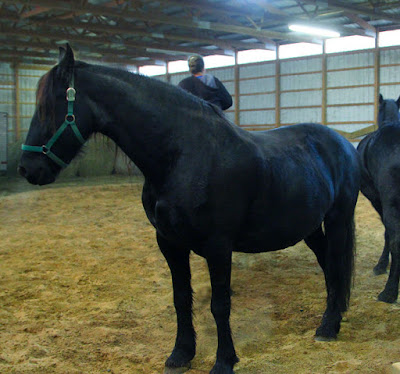 Ayanna did very well today, but when we put her back we noticed she was very interested in the stallions. Sure enough she was in season and that means she lost the pregnancy from earlier. She was due in April 2019. If we get her to settle now she won't be due until the end of November. 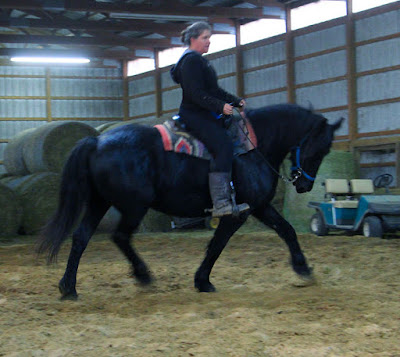 When Karin finished with her she marched over to the door and just stood there looking at it waiting for someone to open the door so she could go out.  She knows the routine and knows as soon as Karin takes the saddle off she should be free to go outside.  Today Karin wanted her to wait inside until she finished riding Rosalie. 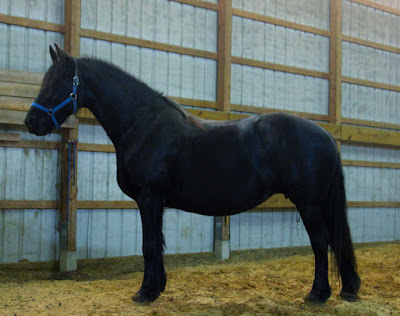 When Rosalie was brought inside she took off running and bucking and Karin said the bucks were huge.  She was just so glad to get out of the mud and get some of her pent up energy out.  She ended on a very good note. Notice that big smile on Karin. 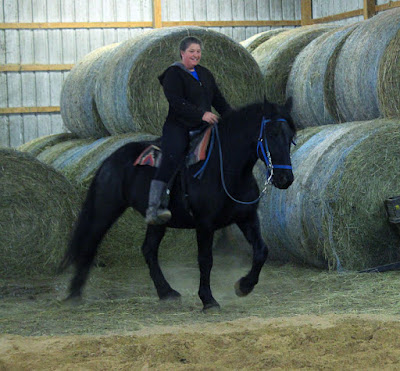 We put Rosalie and Indy away then took Ayanna over to Evan. Evan was glad for the work. Hope she settles this season, if not she probably will not cycle again this year.
Mark was fed the soup for dinner and pronounced it good. That was put in the crock pot and put outside on the porch to cool down. He will take it to Meisters in the morning.
Greg Rumbold had the message at church tonight reading in Isiah first and then John.
Posted by Judy Sceggel at 10:01 PM