Mom had her eye doctor this morning and we were a little disappointed in the results. Her last hope is that her appointment on the 17th of this month for a new lens will take away her double vision. We wanted to stop at the post office on the way home so she could buy a couple more rolls of stamps and mail a bunch of her Christmas cards but didn't remember that the post office was closed for President Bush's funeral until we got there.
This afternoon I worked on food preparation until Karin arrived to start working horses.  She brought in the 3 mares, Ayanna, Indy and Rosalie first. We are very thankful for the indoor arena. Left to right is Indy, Rosalie and Ayanna. 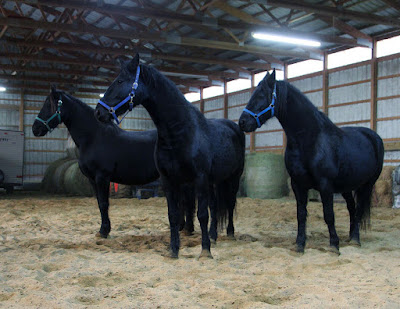 Ayanna was the first mare worked. 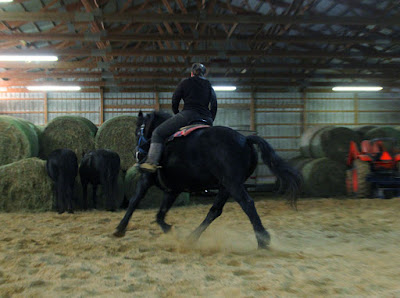 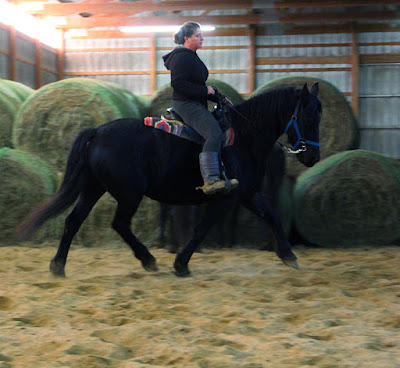 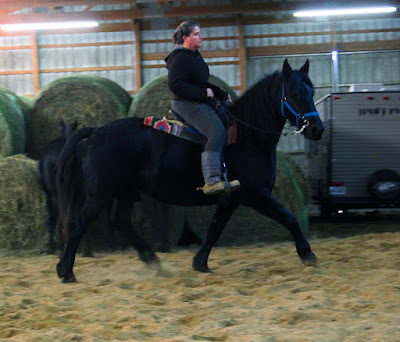 Karin asked her to bow and lay down as we hope to incorporate that in the spring show. 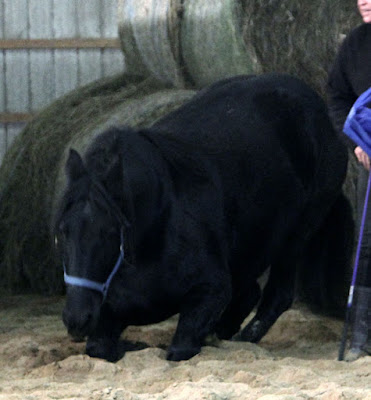 The next mare worked was Rosalie. 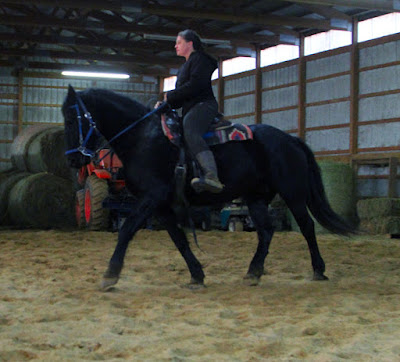 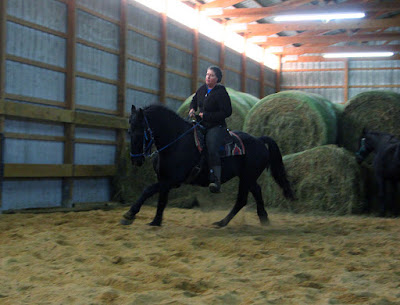 When Karin finished with Rosalie Ayanna came walking over to me almost demanding that she be put back outside. She was sure she was done. She was but Karin wanted her to stay in until all 3 mares were finished. She finally wandered back over to the hay. 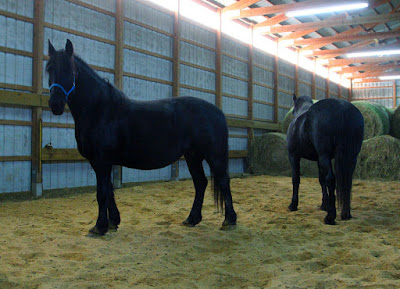 Indy is always a pleasure to ride. 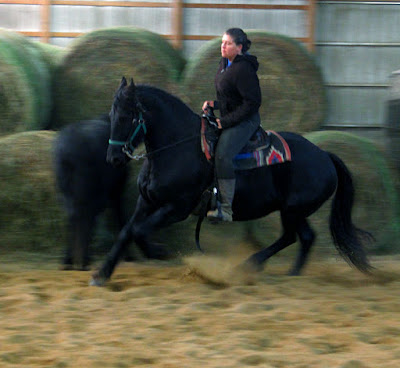 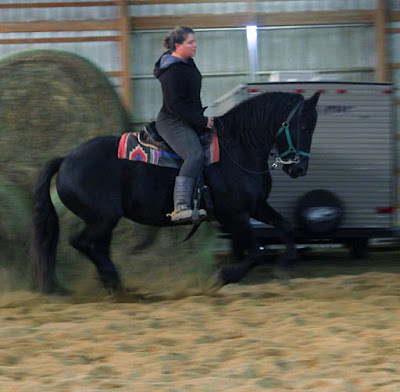 Once the 3 mares were taken out Valiant was brought inside. Karin asked him to lay down and worked with using the tarp on him while he was laying down and sitting. If you look at his right front leg you can see some of his war wounds from Sunday's outing. He scraped up his leg probably when he was knocking down the gate to get in with the mares. 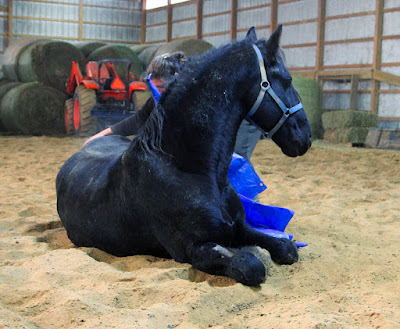 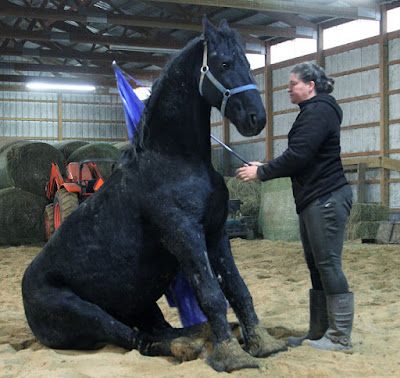 When she was riding him, she kept commenting, "Mitchel is going to love showing him."  Valiant has such a powerful canter. 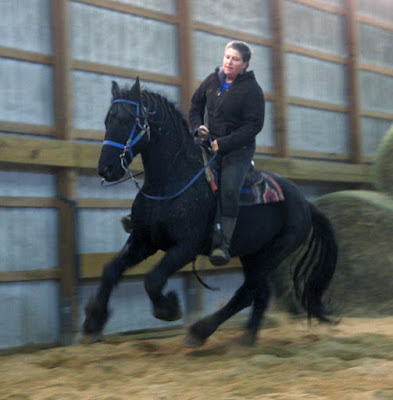 He is getting his walk canter departs very nicely. 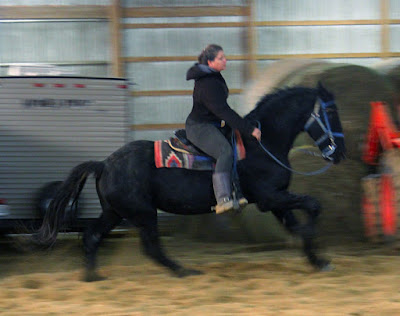 Tonight was family night in Peoria and we are starting at 6:00 pm with a meal in the lunch room first then going into the sanctuary for singing at 6:45 pm with the service ending st 7:45 pm. It was well attended and everyone enjoyed the evening. Mike Kaisner had the service and passed around his version of manna. He also passed around coriander seeds so we could see them and smell them. .
Posted by Judy Sceggel at 9:58 PM