We are having so much fun down here there has been no time to update the blog. Yesterday Nolan went out early to fish and caught enough for he and Sarah to eat fish for dinner. 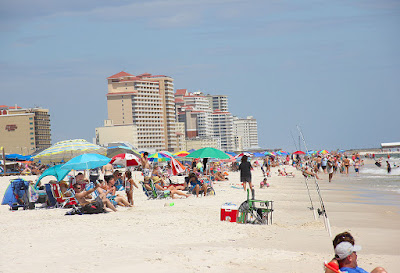 The pictures above and below were taken yesterday morning. We were surprised at how crowded the beach was but found out later there were races scheduled. The sun was bright the weather warm and the waves beautiful nice rollers.  Below is Nolan doing his favorite occupation on this trip. 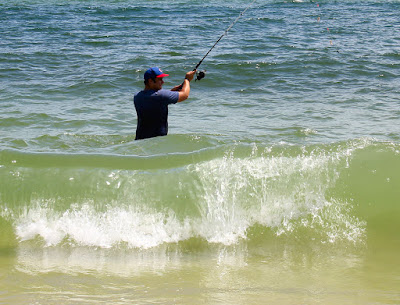 He caught quite a few fish yesterday but only cooked one. 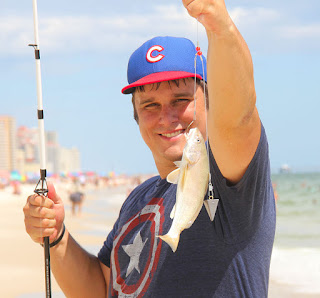 We walked the beach, swam in the pool and the Gulf, fished, then went to dinner at a Japanese restaurant for dinner. The show was probably better than the food so I won't recommend that restaurant. 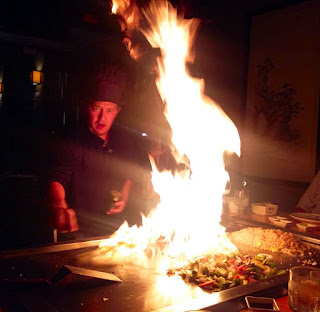 Back at the condo we played games until way late, why it was after 10:00 before we finished our fun game of Mexican Train and headed to bed. Today was another beautiful day. Right after breakfast Nolan went out fishing and his very first cast caught 2 at the same time. 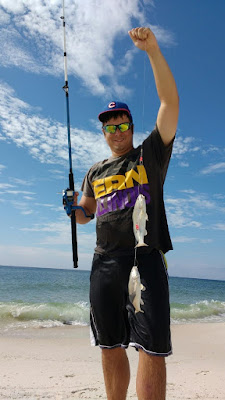 Debbie, Kristie and Lynn went out to feed the breakfast leftovers to the gulls. This was their first time of feeding them and they were surprised at how many gulls came so quickly once the food was thrown into the air. 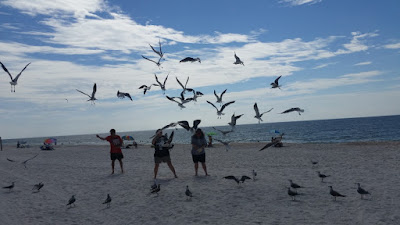 Rhoda and Lee brought their rafts out and had a relaxing morning floating on the calm gulf water. 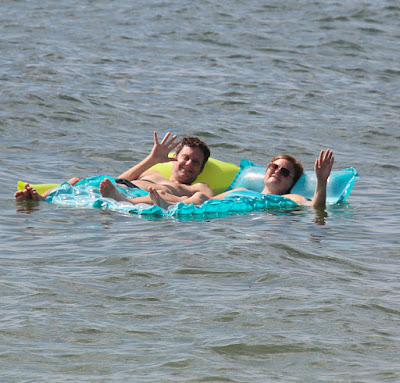 Lynn, Debbie and Kristie took another long walk on the beach. 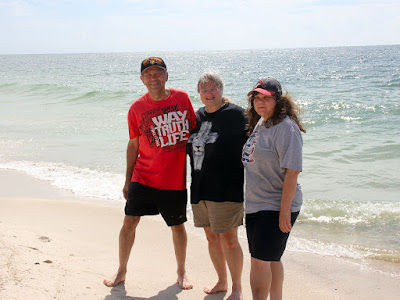 This afternoon was spent lazing the day away either in the gulf or in the pool. Diane's townhouse is centrally located and has such a nice pool and yard. Of course today Rhoda took the guests to Souvenir City but the only thing purchased was a swim suit. 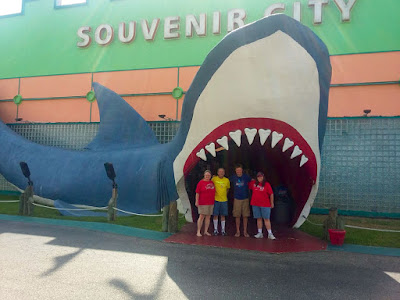 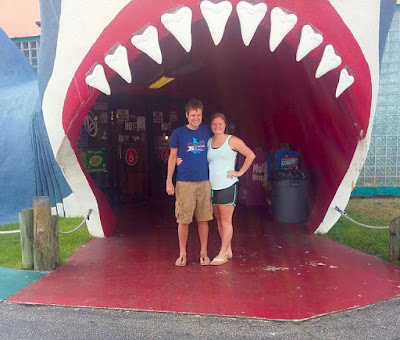 Diane has 3 bikes here and the bikes have been used each day. This evening we went to Desoto's for the early bird specials. This restaurant is one of our favorites here and the food was delicious. We brought our left overs for the gulls and had fun feeding them. 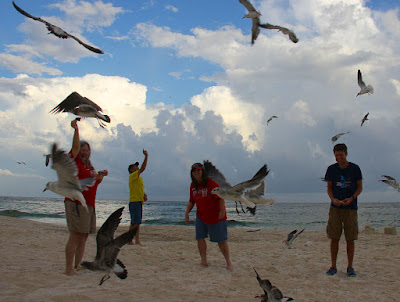 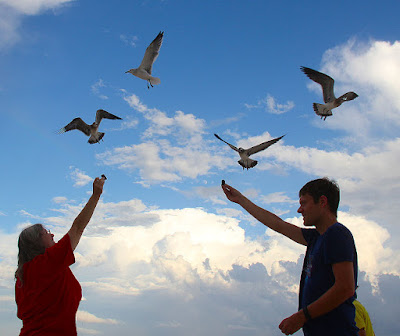 We could see a storm coming with rain showers toward the west. 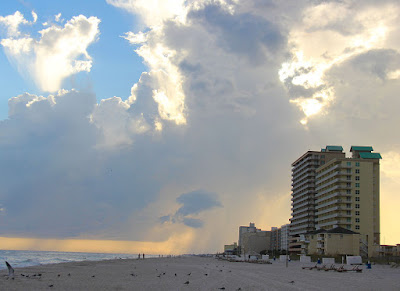 Lynn, Debbie and Kristie took a  walk toward the west but came back before the rain hit our area.
As I was walking back to the condo the group heading in right in front of me were loaded down with lots of fun stuff they used on the beach. Trying to get it up the stairs the loaded down cart spilled and the man pulling it up thought I was his daughter walking behind and asked her (me) to take a picture. 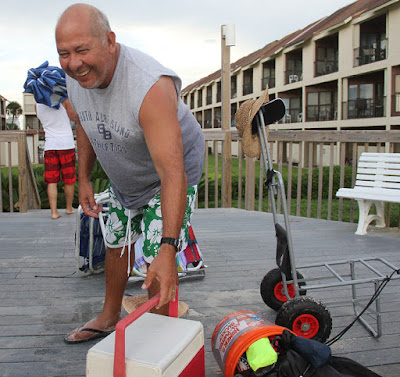 Of course I obliged as the camera was ready and when he looked up and realized I was not his daughter had a good laugh. Of course his daughters all laughed too. They are staying in unit 2 so we are just 2 condo's down from them.
Rhoda and Lee took the bikes all the way to the gated community this evening. They came back after sunset but brought a few pictures of the beautiful colors as the sun went down. 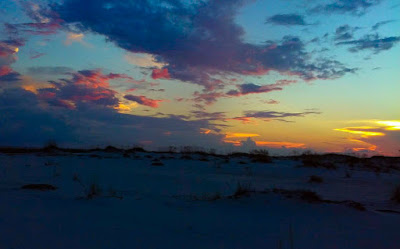