Emma needed to be picked up this morning by 7:00am, actually I could have gone even earlier but I wanted to be there in the daylight to take a few pictures of Ricky for the website. I made it home in time for most of the walk. Diane and mom had TAG this morning so it was just Eva Jean and I down at Bereans. We were only able to get the studies done leaving a pile of letters for Thursday almost as tall as the pile of studies today. I needed to be home by 1:00 pm as the rubber footing for the arena was suppose to be delivered any time between 1:00 pm and 4:00 pm. It was a good thing I came straight home. The driver called to say he was bringing a big semi tractor trailer and could he make it up the drive? I moved my truck and trailer out of the way, moved the round bale feeder out of the middle and just hoped that would give him enough room. 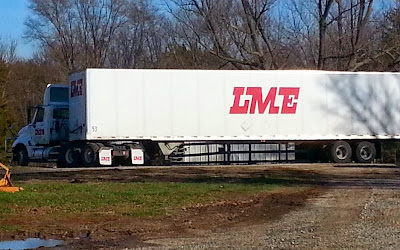 He made it up our drive and backed it to the barn. Unfortunately the pallets were all the way to the front of the truck. He was able to bring the first pallet and second with the pallet jack to the back of the trailer where I could grab it with the skid steer and the fork lift attachment. The 3rd pallet wouldn't move. Thankfully Mark had enough chains to hook on the pallet and the skid steer then I just pulled it to the end. 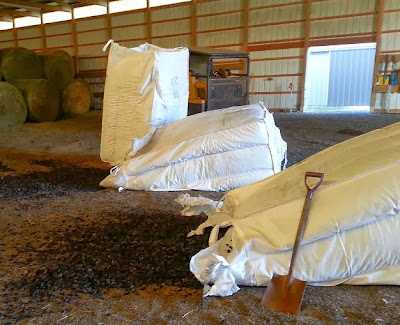 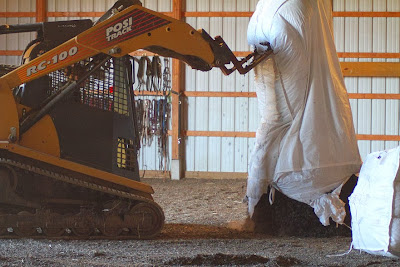 We took the pallet fork off the skid steer, attached the bucket and started spreading the rubber. 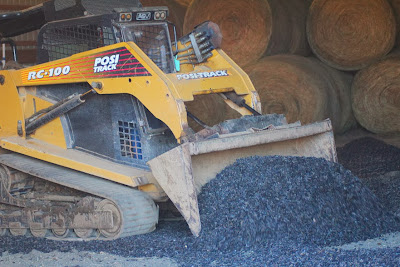 The finishing touch was to run the rake over it and the arena floor then giving it a good soaking. It looked so pretty we decided to bring Rosalie in for some instruction. Below she is giving Emily kisses. 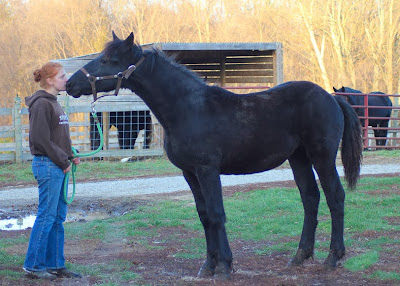 She was really good tying, leading and a bit of round pen reasoning.  Below she is following Emily around the arena. She is just 9 months old and so smart. 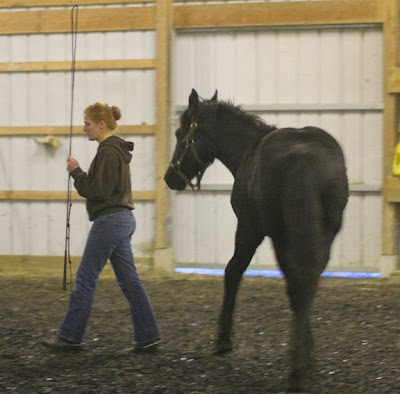 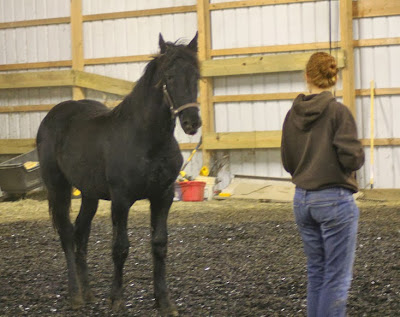 Emily finsihed up with picking up all 4 feet. 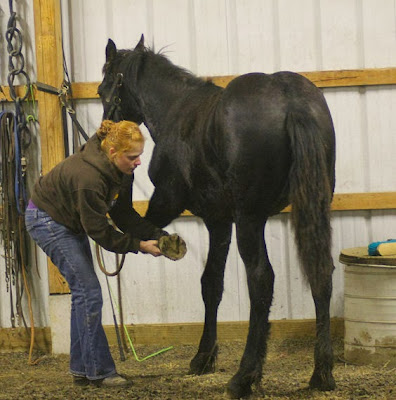 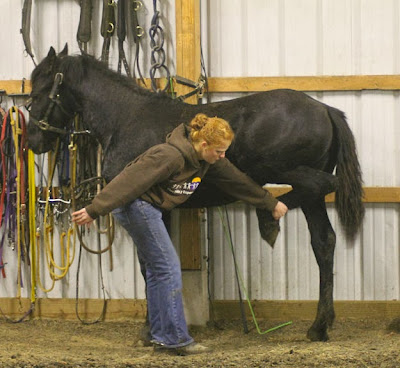 I needed to head in to make dinner and right after dinner Diane picked us up for choir. That was the highlight of the day. We learned 2 new beautiful songs tonight. Ruth served the lunch and we stayed to help her clean up. What a good day!
Posted by Judy Sceggel at 10:28 PM