Israel was picked up early this morning and got to ride along on the golf cart. On the walk today we were introduced to the big brave new hunter living out here. Zero has learned how to hunt and kill muskrats. He was very proud of his kill, carrying it around like a hero. 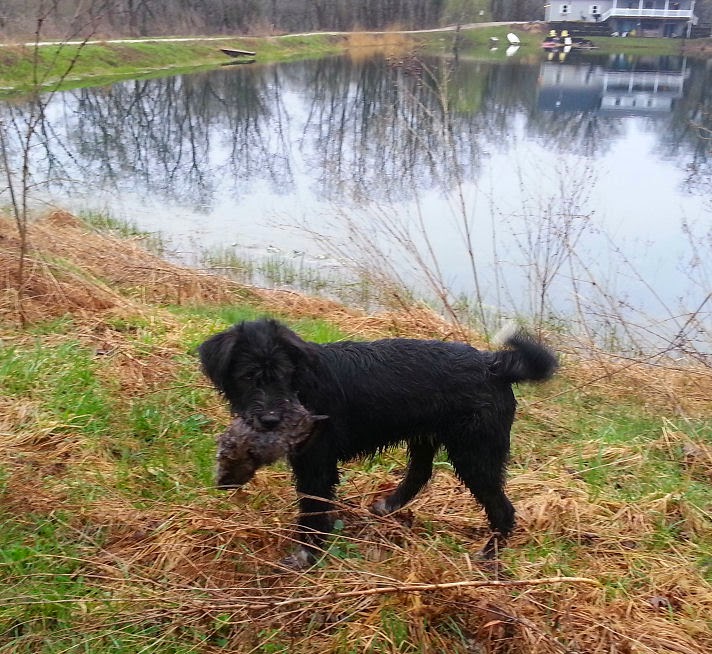 Zero is the surprise puppy Rachel got for her birthday. Her old female husky, who Rachel thought was too old to have puppies, had 1 pup with no warning and she just happened to have that pup on Rachel's birthday. He was sired by a tramp obviously as he looks just about like Tramp in the story Lady and the Tramp.  God has such a sense of humor. Rachel was counting the days when she was dog free.
There were an abundance of worms out after the storm and Faith is quite the entrepreneur. The Giant Goose Ranch will pay her $1.25 a dozen for big night crawlers. She was finding so many we were afraid she was going to bankrupt them. 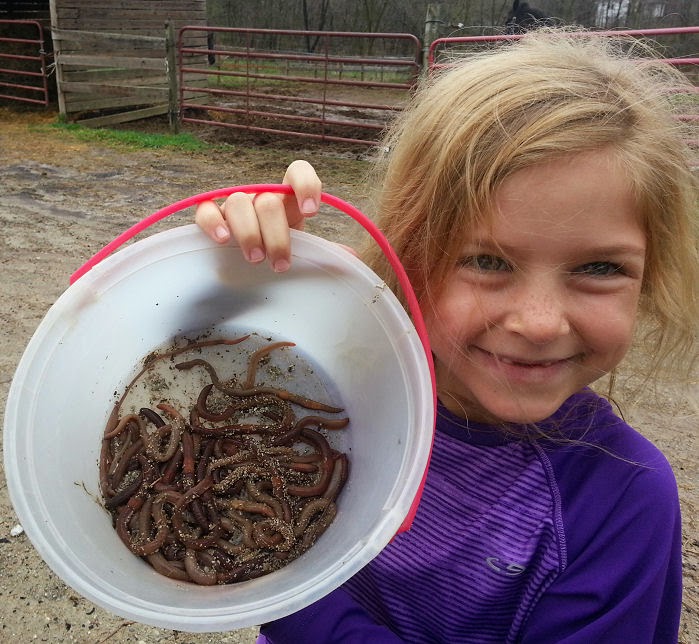 Anna dropped Taegan and Kensley off while she met Rachel for Braelyn's 4 year old pictures. Taegan and Israel had fun playing together. Check out Israel's flying fingers as he is playing the piano. 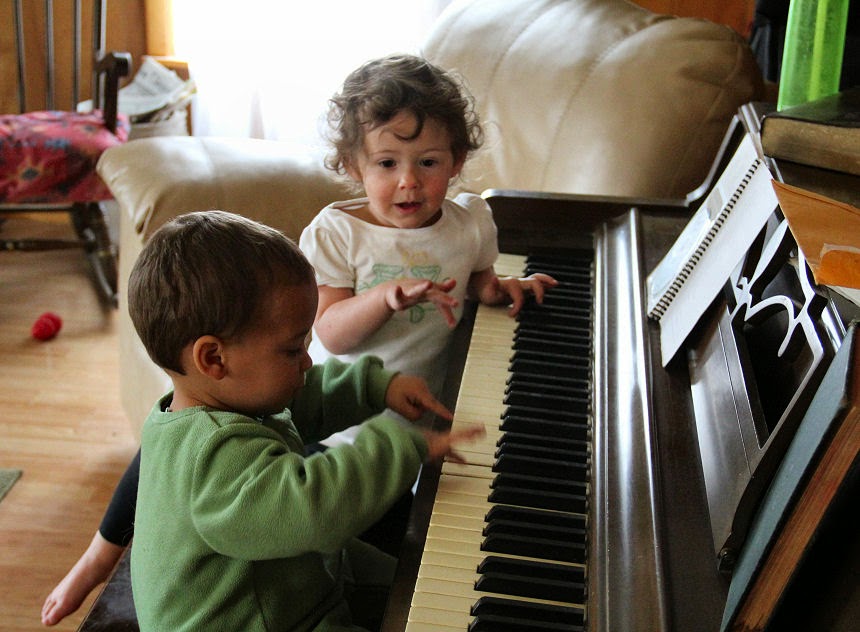 Emily picked up grain today on her way home from school. Once she had it all unloaded Prissy and her colt were taken outside for the first time since he was born. He is 2 days old. Isn't he gorgeous! 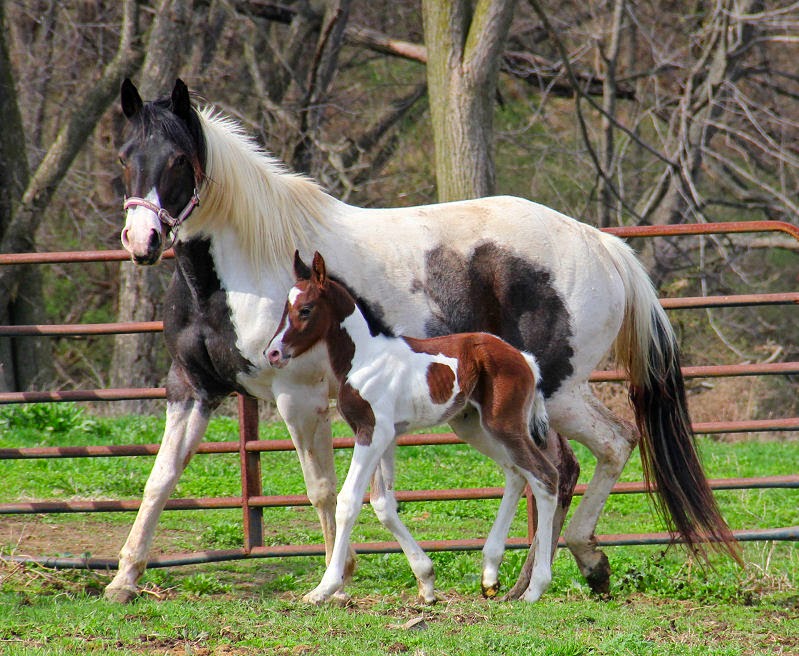 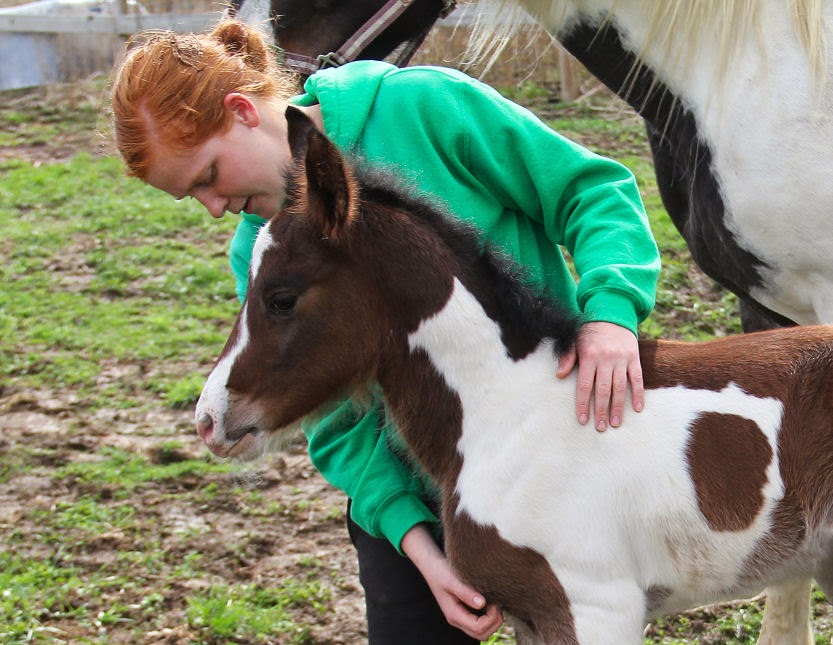 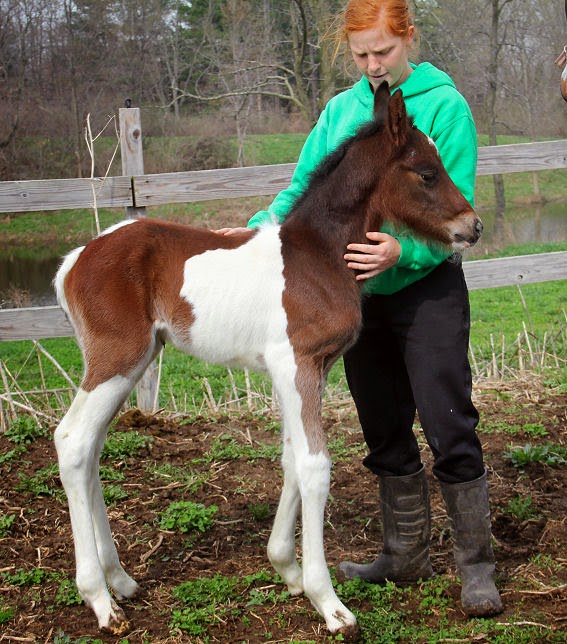 His markings are so unusual, that white, black, white, black tail is going to be spectacular. Prissy has the mega hair and Valiant has the typical Friesian tail, this colt's tail is really going to be eye catching. 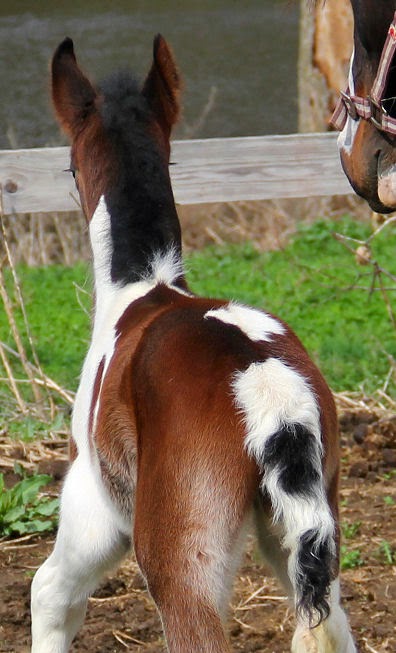 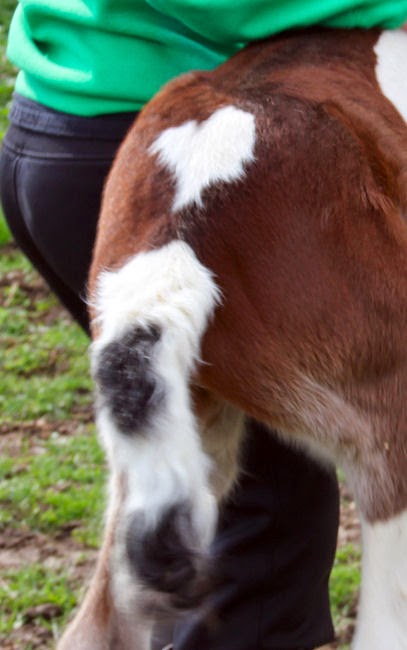 Emily went with Mike to Middle Grove and checked on Emma and Lola. Lola is not pregnant. That means we will be able to use her for the trail rides this summer, plus it is good to give her a year off. Emma is progressing well in her pregnancy. She is due the end of May.
Mark drove to church tonight. We picked up Hannah and brought home Sarah, Hannah and Aubrey. Joan had to go to the hospital to be with Kristin as Ava fell down some stairs, bumping the back of her head and splitting it open enough to need stitches.
Greg Rumbold had the service tonight speaking on 2 Timothy chapter 4. I so much appreciate Greg.
After church Mark took us all to Wendy's for a late dinner. Once we got home he helped me move Prissy and her colt back inside as there is 100% chance of strong storms tonight. Just as we finished and were back in the house the thunder started rumbling. I'm so thankful for my nice cozy barn.
Posted by Judy Sceggel at 10:00 PM