Sangria and Sheena both had some filling in their udders this morning, not enough to believe either will go today but enough that we are sure they are progressing.
We had a great day at Berean, that must have been because of all the good help. 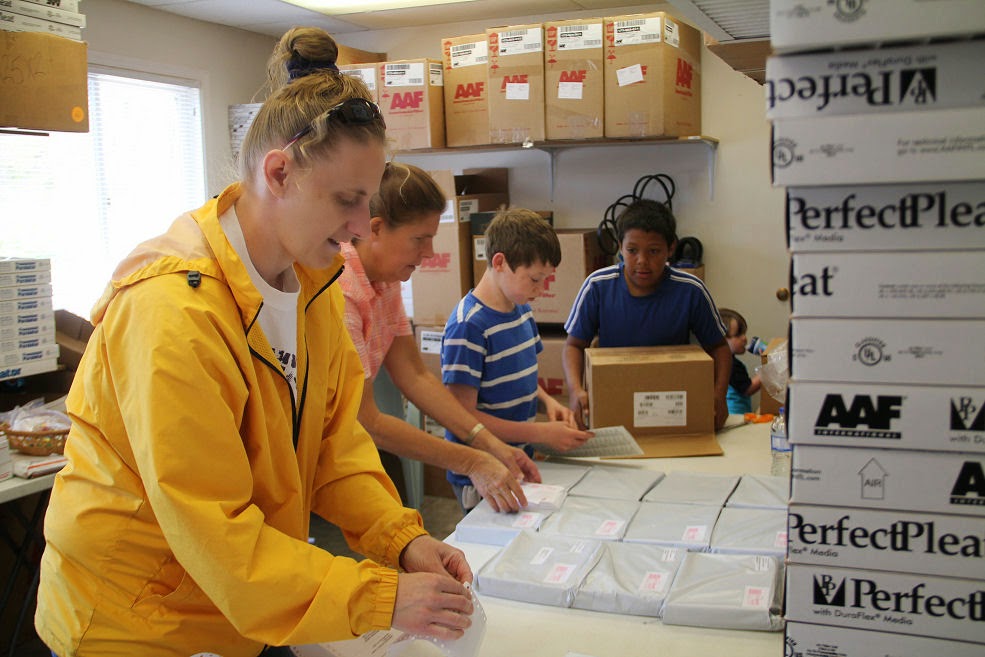 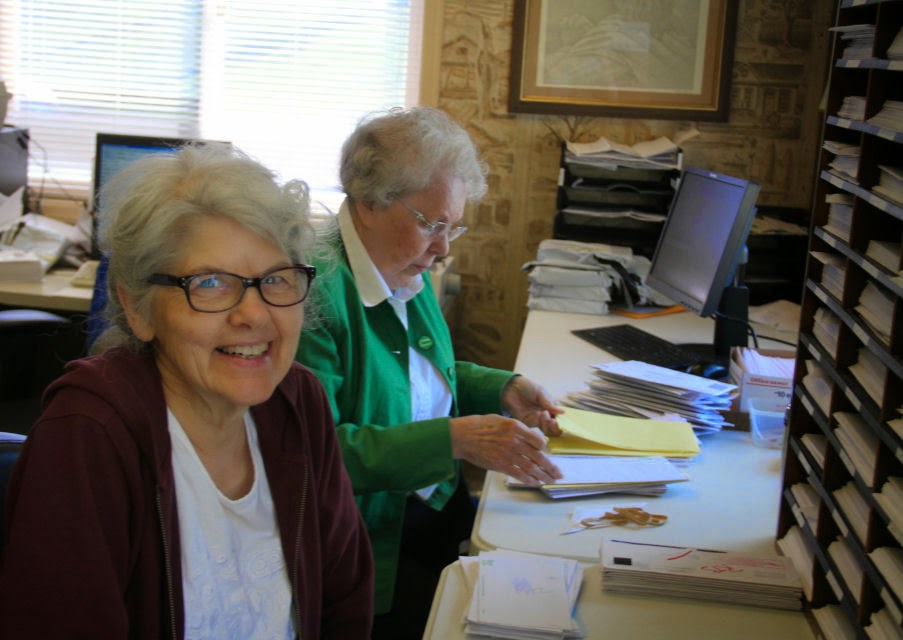 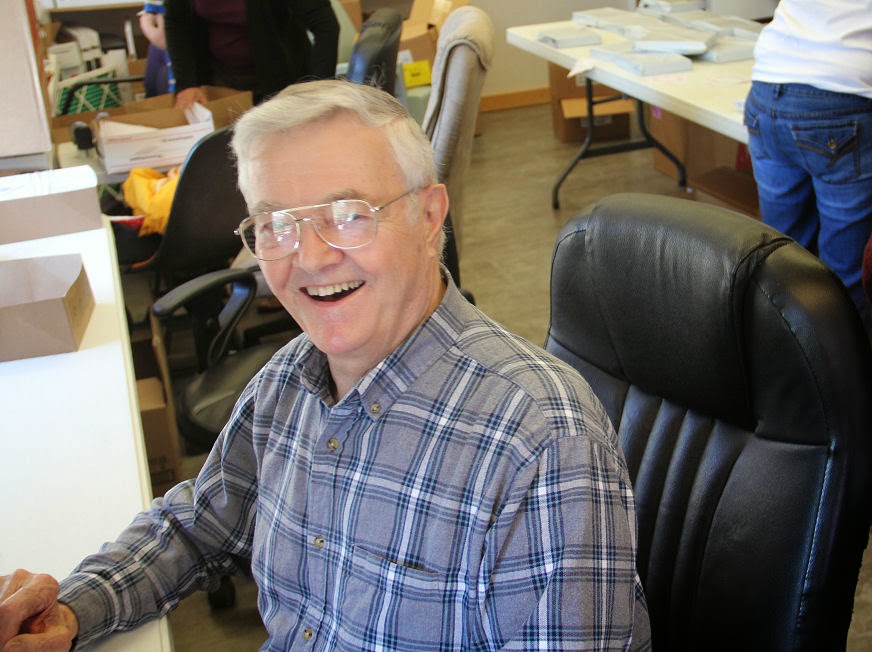 By the time we finished up those boys had 339 Bibles loaded into the car. So many that we couldn't fit all the boxes in and had to take some out to get the hatch back door shut. 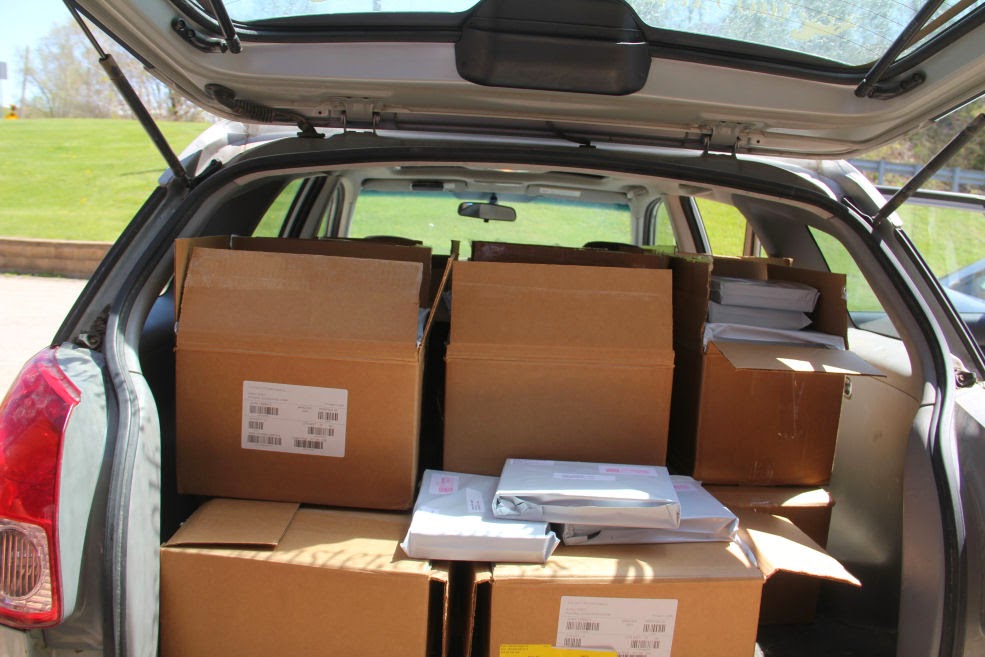 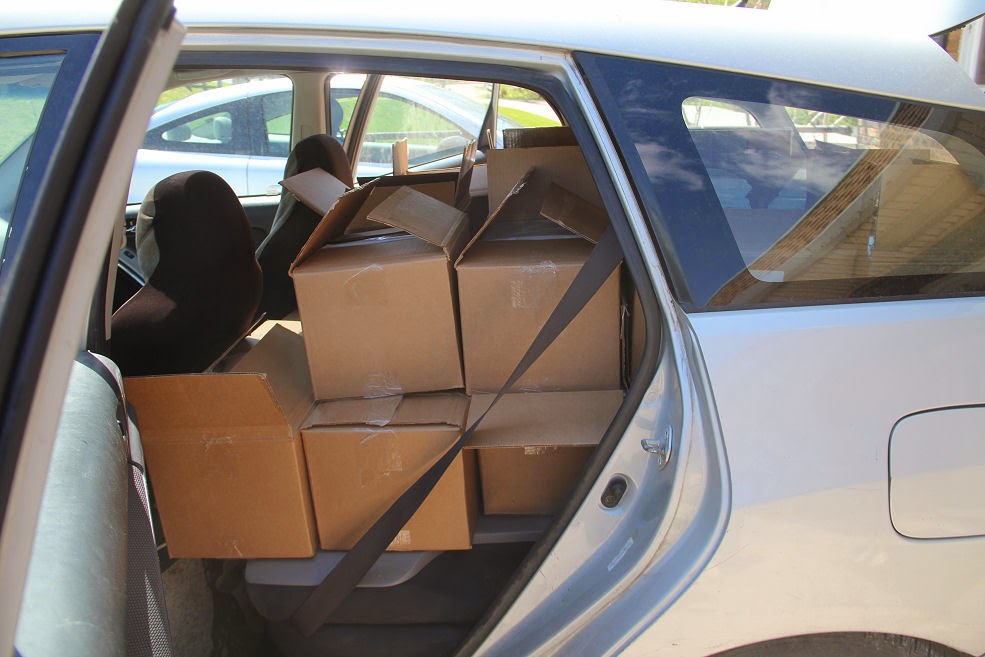 We are SO thankful for anyone that is willing to donate time for this ministry. After dropping off the Bibles we ate lunch at Tyrones in Bartonville. After lunch Diane R took the others back to the shop while Diane and I drove home. Rhoda was there working horses. She had already worked Soul and Serenity. Serenity bucked under saddle for the first time since we owned her. Her previous owner warned us that she will do this without giving any warning. Good thing Rhoda is a great rider with amazing instincts. She usually can tell when a horse is going to misbehave and stop it before it happens. This buck was without warning but didn't unseat her. Serenity got lots of canter work after that. By the time I arrived she was working with Jurista. The camera was taken out to document everything Rhoda teaches this mare. She introduced the tarp today. Below is Jurista's reaction to this very scary item. 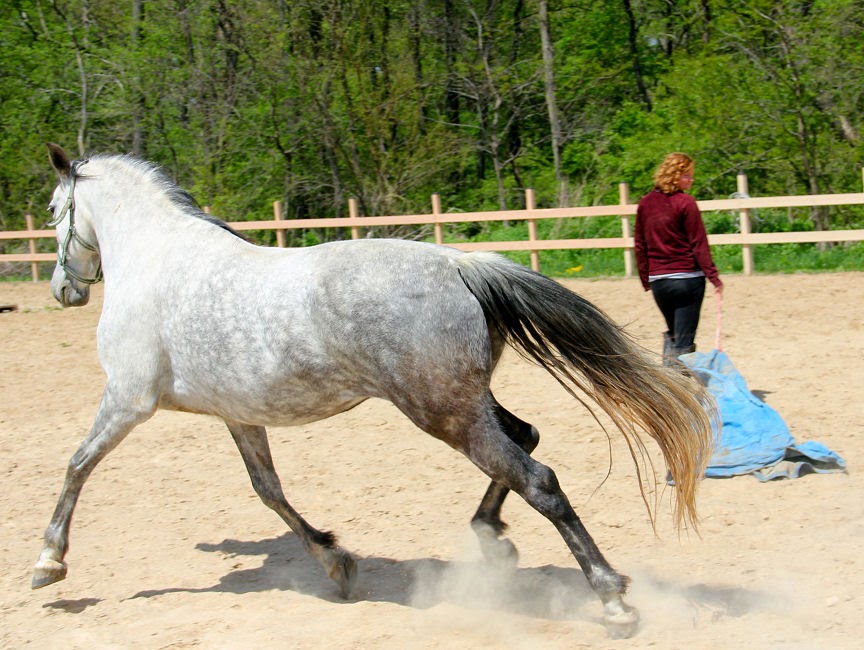 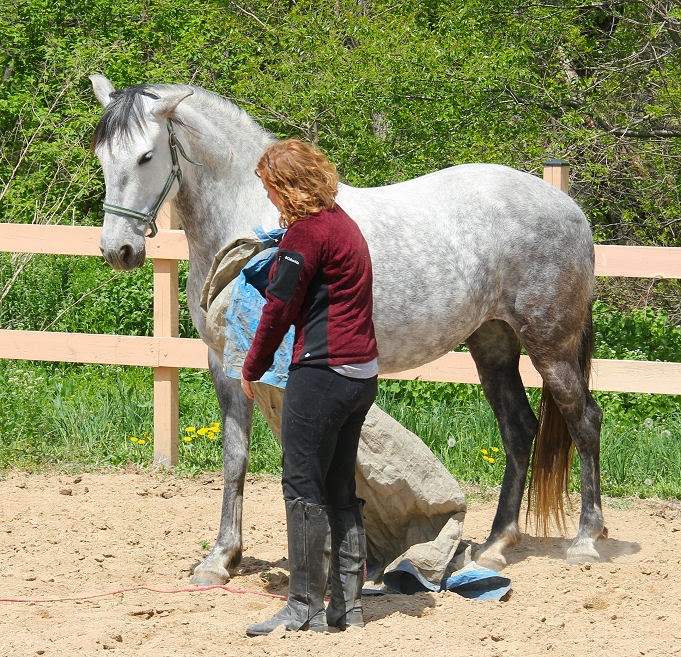 The mare is smart. She figured out very quickly she wasn't going to have to work if she would accept what Rhoda was asking and within a few minutes was letting Rhoda drape it all over her then follow Rhoda around the arena with the tarp blowing in the wind hitting her sides. 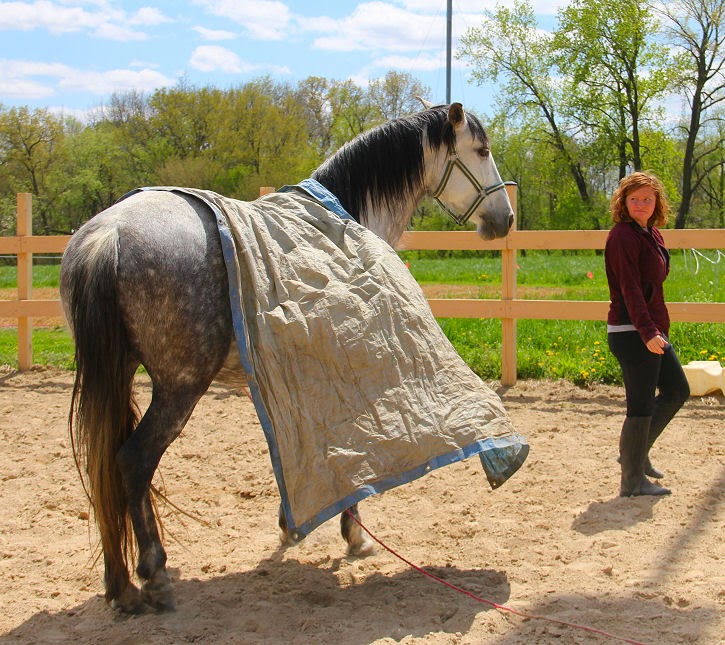 Next Rhoda put the tarp on the ground and let Jurista walk over it. This too was scary for her but again if she didn't want to work she had to stand on the tarp. Smart mare. 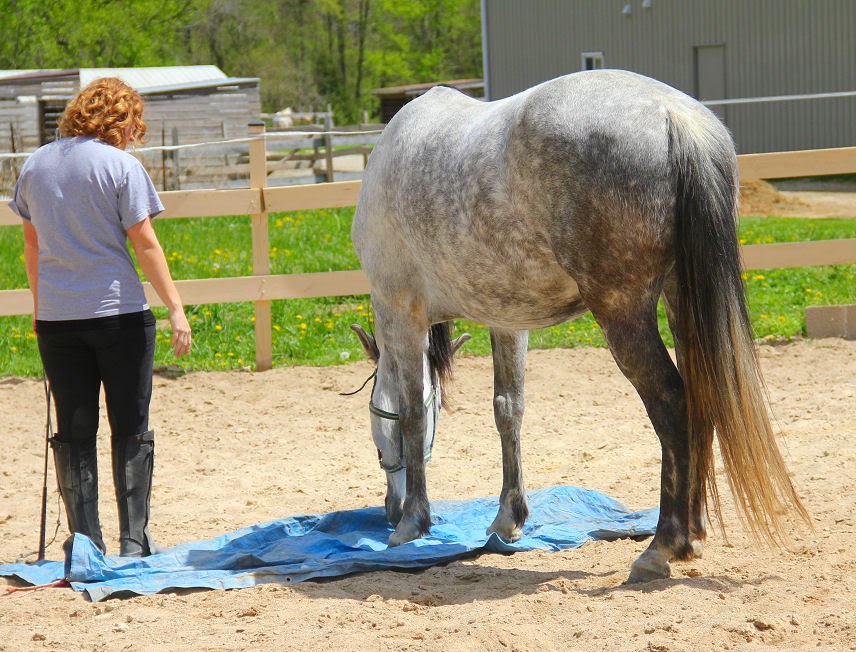 Next was the under saddle training but by the time the ground work is done that is the easy part for Rhoda. 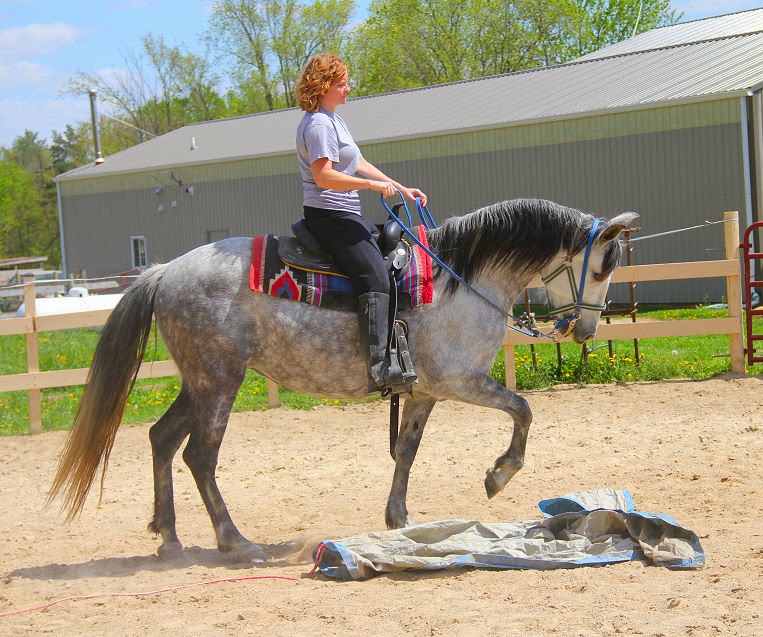 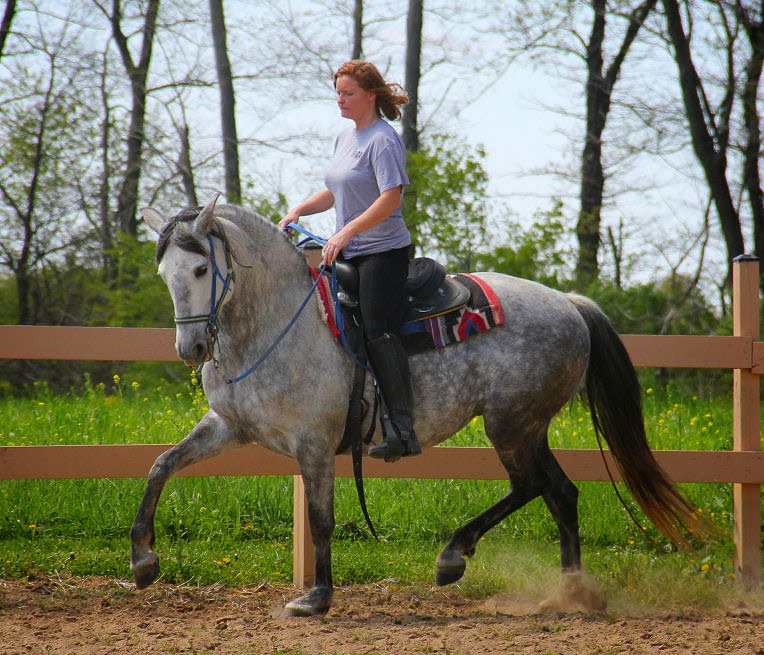 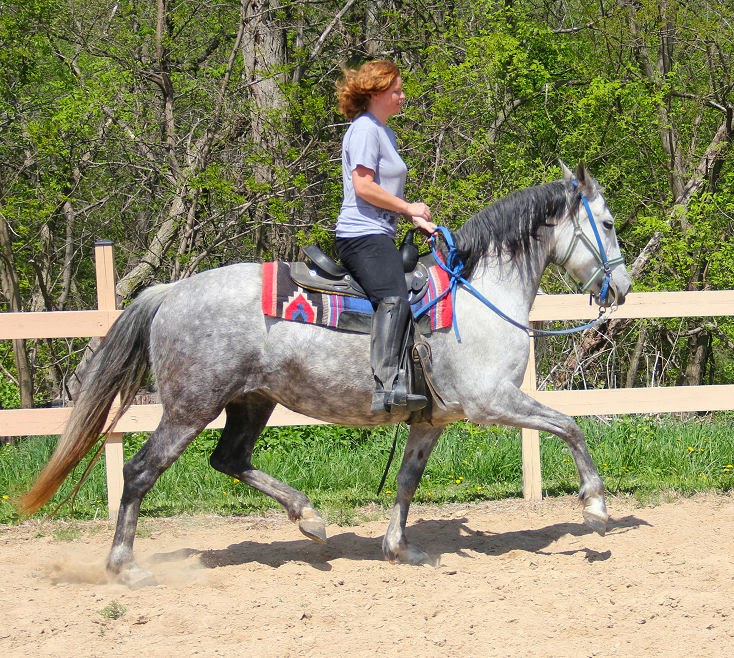 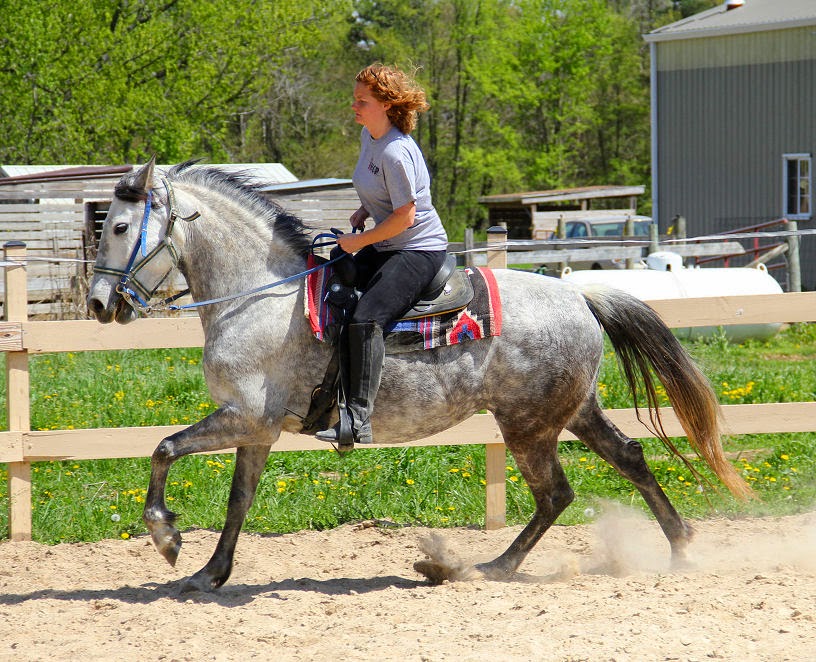 Jurista walked quietly back to the barn where she was untacked then given some trick training to end her session. 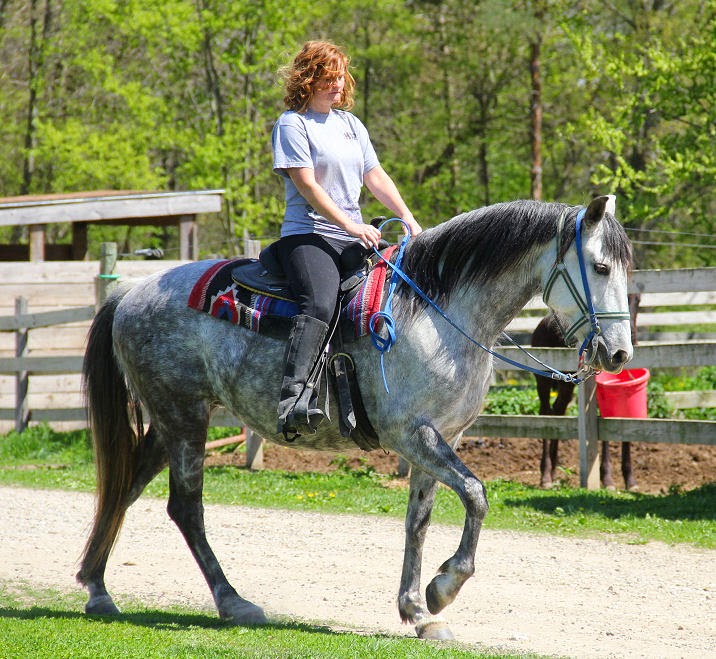 Prissy's colt has pretty bad diarrhea. They were brought into the barn. Rhoda helped clean him up then Emily arrived from her Middle Grove trip and helped give him the Bio-Sponge. Poor little guy, hope he is feeling better tomorrow. If not we will have to take him to the vet for fluids.
This morning Emily took Star and her filly out to Middle Grove. Mitchell went along as he had never been there. They had a great time riding first Mika and Sally then 2 of the other Walkers. They had 2 lake crossings. They brought back Ribbon and Rosalie. Ribbon is due May 13th but her udder is flat. Hope she is still expecting. Rosalie is here to get her wolf teeth removed so we can start her training. Hopefully tomorrow I'll be able to get a few pictures of her. She is HUGE for a 2 year old.
Mark worked on the house siding and almost finished one side. I'm impressed with how it looks, very professional. The pictures below were taken this afternoon. The four fatties were drowsing away in the sunshine. Rhoda called to them and they all looked over. 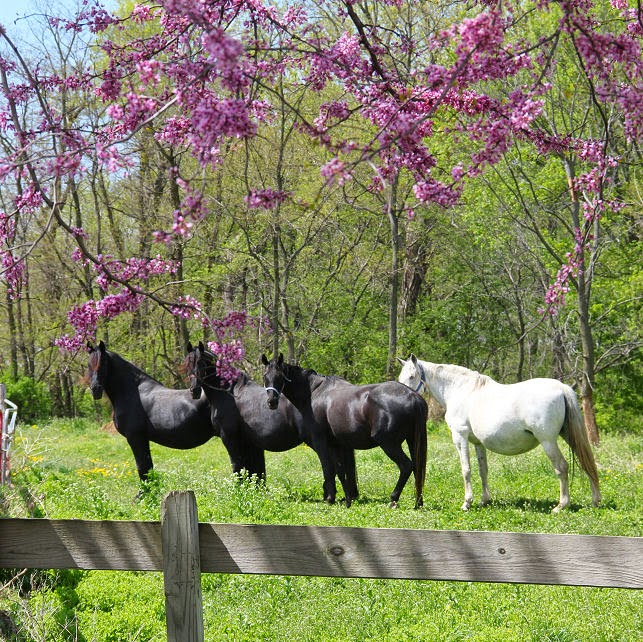 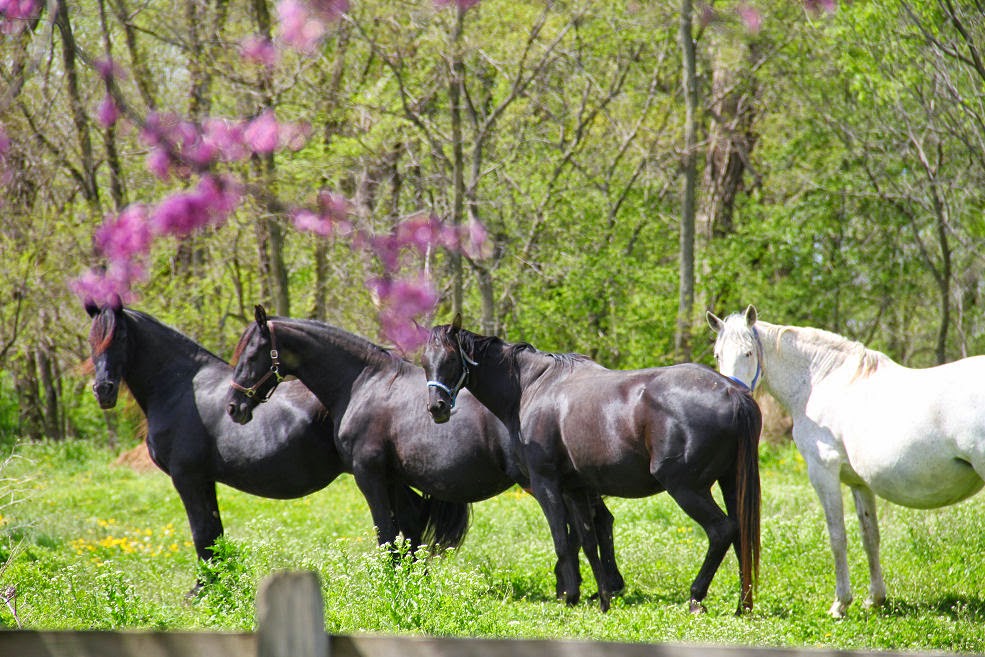