We awoke to above zero but not by much, that wasn't really the problem. The problem today was the wind. It was howling around the buildings, throwing dust and snow from the fields and almost instantly freezing any exposed skin.
The walk was cancelled. My car had a small oil leak and today was the appointment at Frenches to get that fixed. After dropping off the car the horses were checked before scurrying back into the house to fight the dogs over prime floor space, right near the wood burner. Today was a day to spend inside feeding the machines, laundry and dishwasher along with the fire. Thankfully Mark brought in a good load of wood before leaving for work.
When Karin arrived late afternoon she took me in to town to pick up the car. It was so bitter cold she decided to work all 6 mares at the same time. 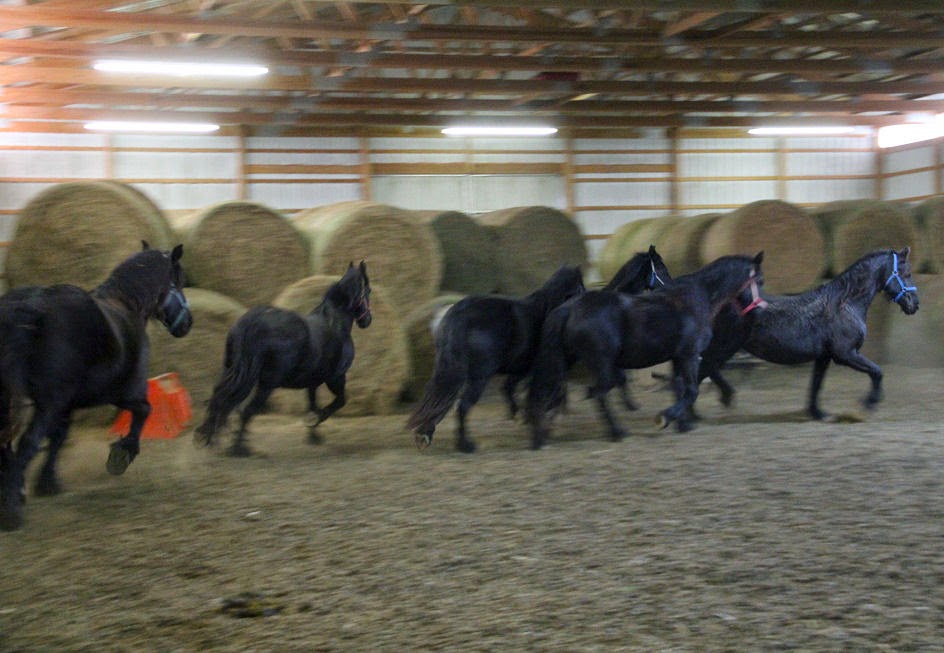 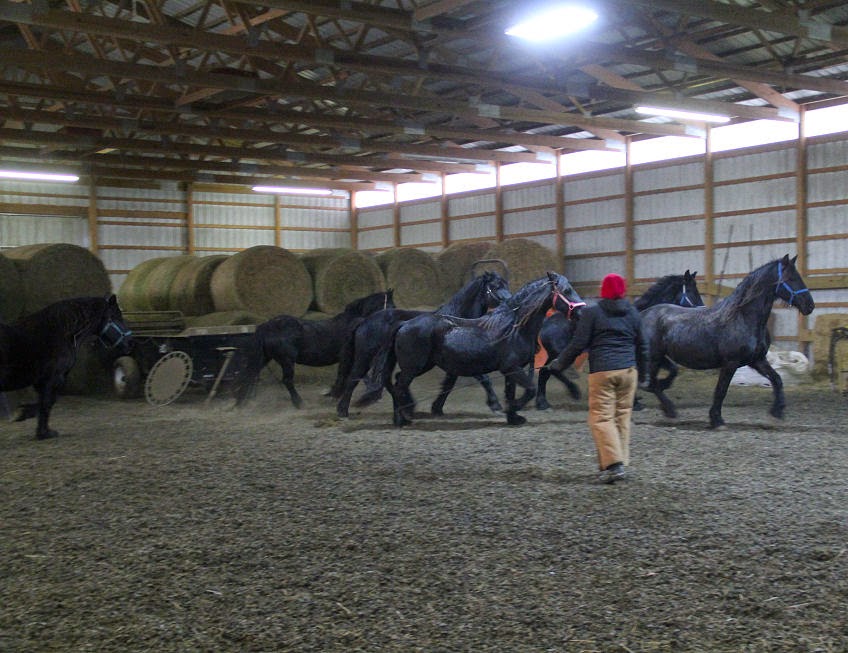 The propane heater was started but it didn't seem to make much of a dent in the cold. 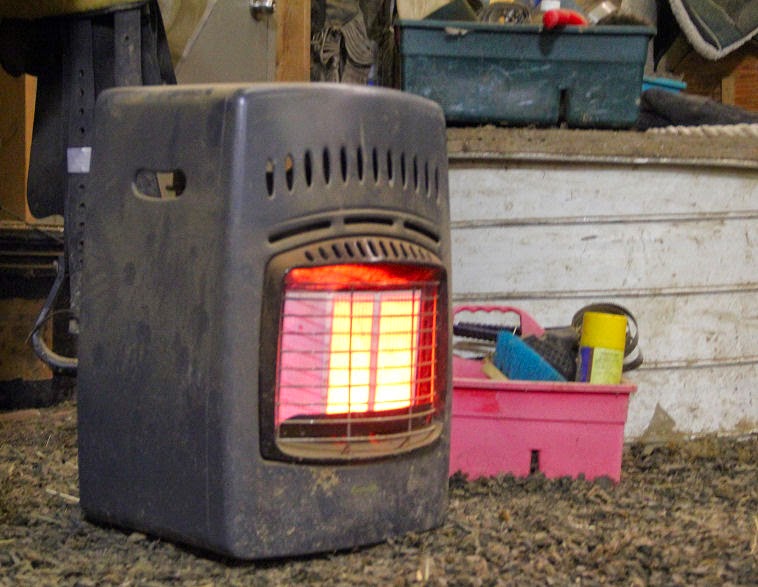 Below the mares are lined up for tacking. Jesse Stickling arrived so Karin put him to work tacking up Zalena while she tacked up Anna. 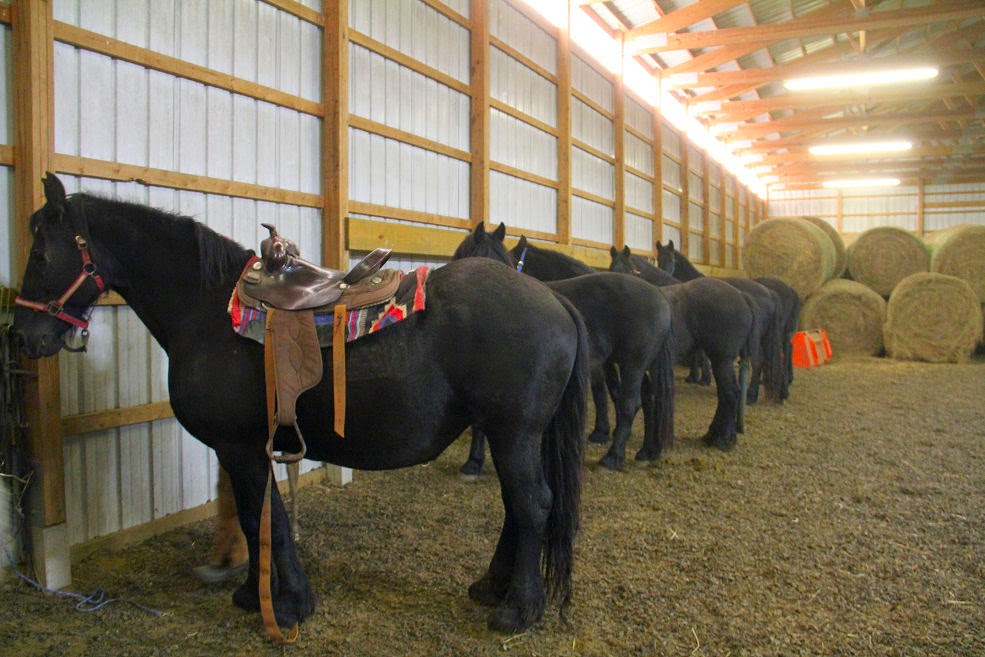 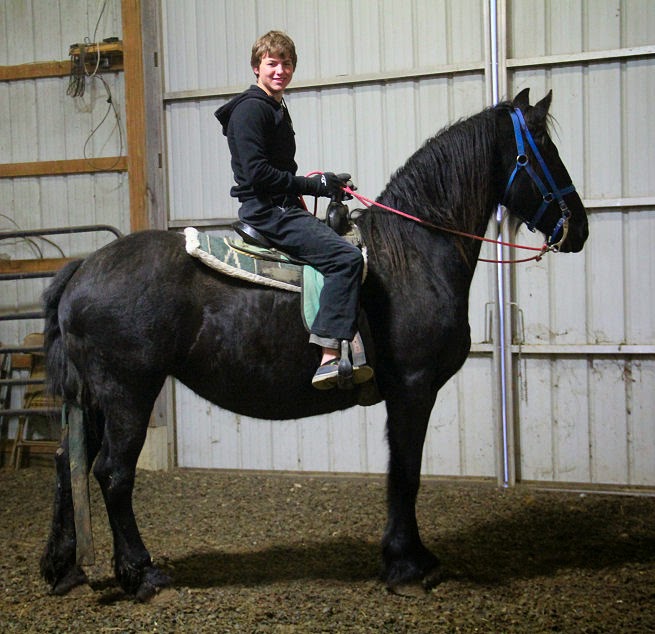 I didn't stay around but went back into the paddocks to check udders. Below is Indy's udder pictured from the back. Notice the drop of colostrum on the tip and how swollen the udder is? 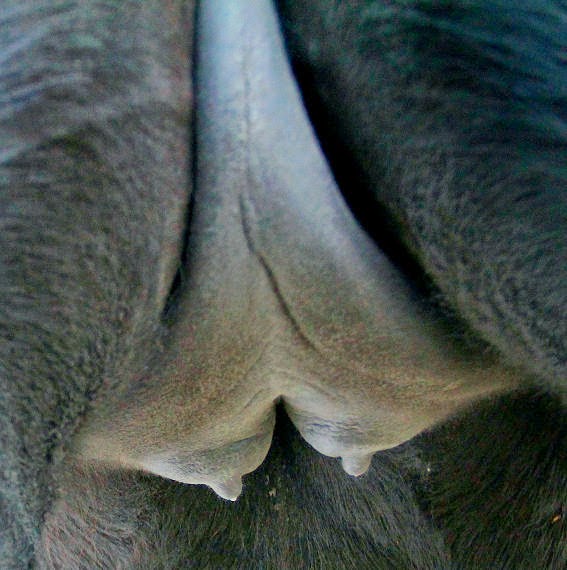 Indy isn't due until March 11th. By looking at this I really think she will deliver early but hopefully not tonight. The predicted low is -8, even inside the stall barn it is going to be bitter. Star's udder is not filled but both mares will be put inside for the night.
Mark drove mom and me to church. Greg Rumbold had the service on the persecuted church.
Posted by Judy Sceggel at 9:28 PM