Rhoda pulled Whitney out this morning right after the walk so I could get a few pictures of this gorgeous mare before heading to work. 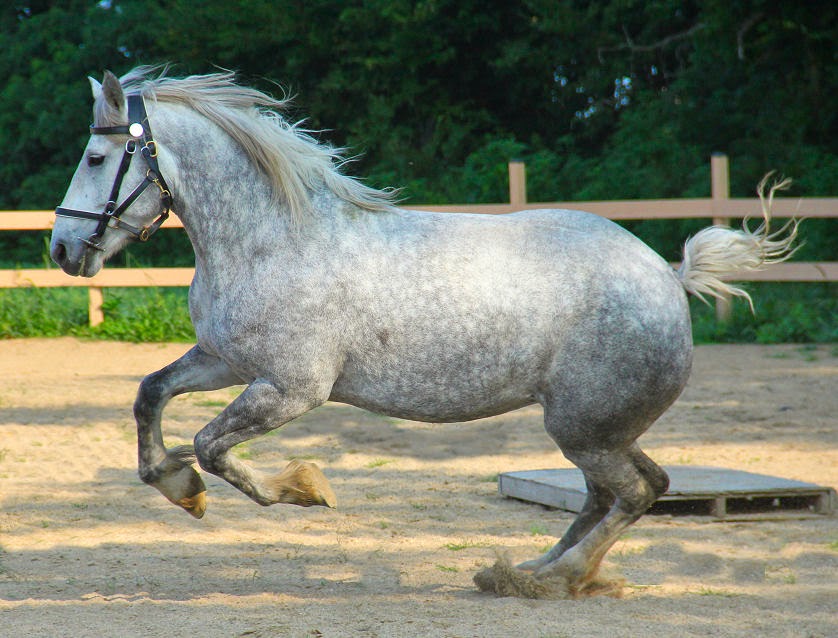 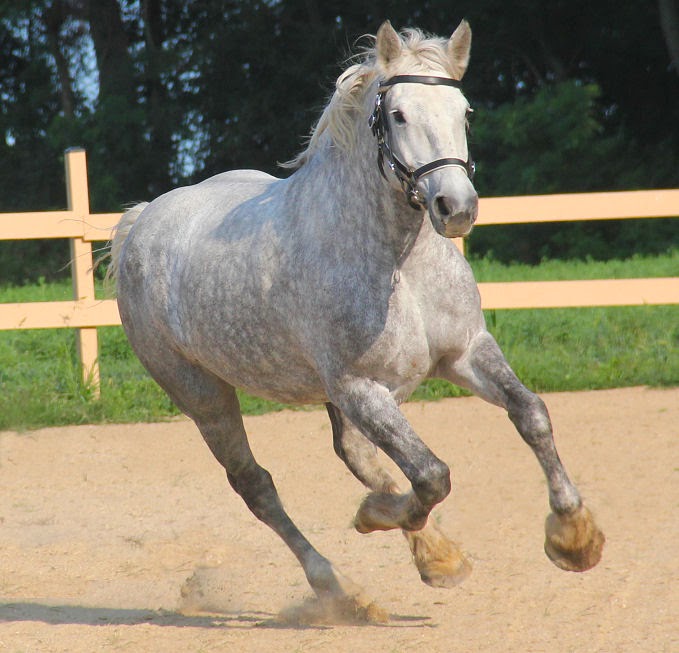 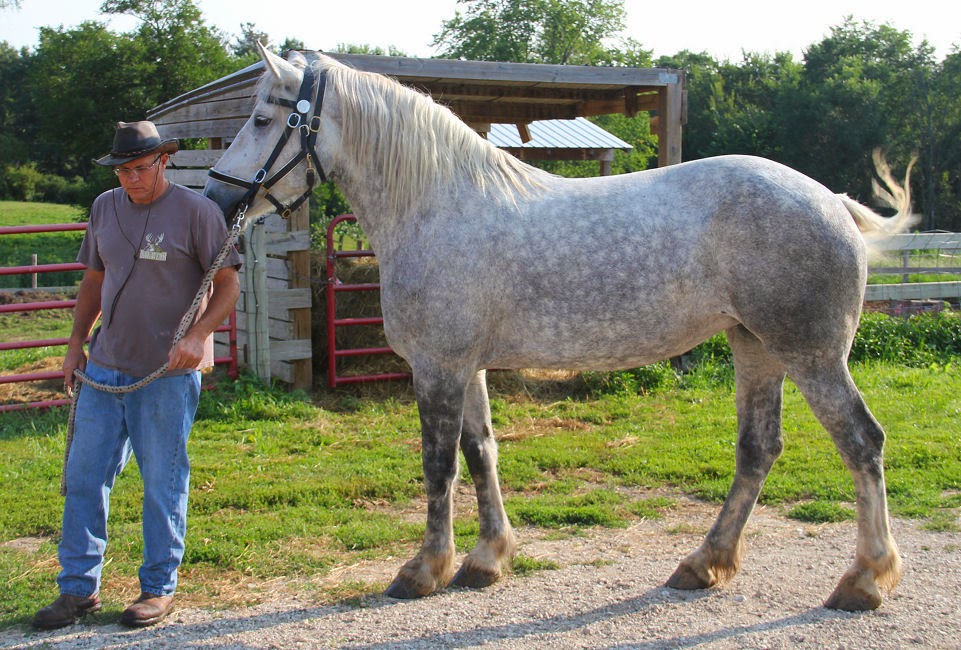 She is so impressive, standing 17.2 hands and weighing in well over a ton. She actually makes Ribbon look small.  She has a few quirks Karin can fix, such as not paying attention to the leader. We are very pleased with how athletic she is, her canter is uphill and light. No clumping around for her. She also is very fit, after running around for over 15 minutes having a ball in the outdoor arena she wasn't even breathing hard.
Diane brought mom and Molly to work, I went to TEMCO to pick up the mail. Eva Jean had already arrived at Meisters before I made it in with the mail. Kathy and David Obgerfel brought their grandson Dakota and between all of us we finished up by 1:00 pm. After dropping off the Bibles at the post office I drove mom home, let the dogs out, then went to work. Not that I'm bragging or anything but today I drove 150 miles delivering 16 horses to Middle Grove all by myself. The first load was the easy load, Indy, Anna, Missy and Cookie. They were dropped off and all took off running. The next load I was worried about but shouldn't have. Ayanna and Marika were asked to get in the front of the trailer and believe it or not their foals didn't even hesitate, they just jumped right in. Yesterday it took both Karin and I to convince them to load. These Friesians are so smart it only took ONE day to train them to load, today they were experts. They were locked in the front of the trailer while Emma and Sally were put in the back and off I drove to Middle Grove. Emma and Sally took off at a gallop to find the herd once they were dropped off while Ayanna and Marika just ran to the top of the hill and then watched me take the trailer away. The last load I parked the trailer between the 2 barns, led the mares up to the trailer, and again was pleasantly surprised at how easy those babies loaded. When I arrived at Middle Grove  trailer was taken right into the field, the door opened, halters removed and they unload all by themselves. I was back on the road and made it home by 5:30 pm.
Rhonda had Mark come over this evening to show him some plants she will donate to the cause, the cause of making the landscape around here beautiful. Mark took the golf cart over then came walking back. The golf cart died on the way home. Diane brought her 4 wheeler over and pulled it home. I worked on the wiring and may have fixed it, we will see in the morning. While Diane and I were discussing the cart we heard a gun shot come from the barn, at least it sounded like a gun shot, echo and all. No one is home at the apartment, Rhoda, Sarah and Emily went to Kansas City today so of course we had to go check it out but couldn't see any suspicious activity. We even checked all the trailer tires in case one of them had blown out. wierd
Posted by Judy Sceggel at 8:19 PM